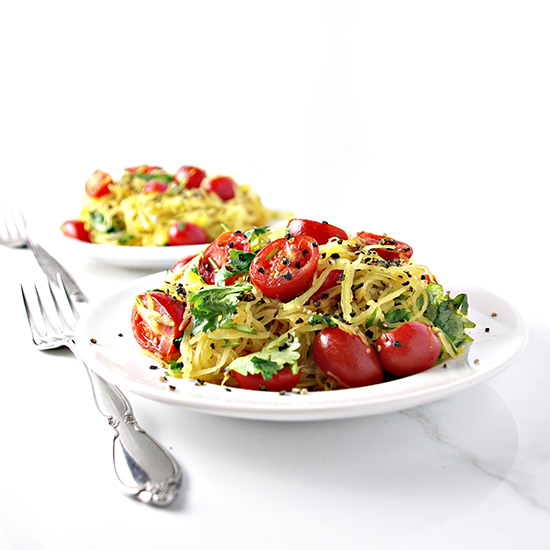 According to my editorial calendar, I’m sharing my Paleo Spaghetti Squash Noodles with you today. However, it is unnerving to share a recipe when so much is happening in the world. During the last few weeks, I have vacillated between sharing my political opinions and “staying on brand.” The social, political, and economic unrest is palpable, the issues big, and the lines drawn. So how do we move forward? How does one just share a recipe in times like this? I don’t have an answer for you. All I can share is what I am doing. Paleo Spaghetti Squash Noodles seem like no big deal.

I’m a chatterbox. Ask any of my former teachers. Talking is what I do. So it may come as no surprise that I have called senators to voice my feelings. Or that when I marched a few weekends ago, I talked to people I had never met before. Or that when I was told to be quiet about my political beliefs, I simply said “no.”

But there is something else I am more intentional about. I’m listening. Probably more actively so than I ever have before, and I strive to extend this to everyone, including those I don’t agree with. In this latter group, I can count close friends, neighbors, and family members. Hard as it may be, I strive to listen. And not just to respond, but rather to understand. It is something I expect of myself as a college instructor and something I strive to foster in my classrooms. Over the last 10-plus years of teaching, I have had the rewarding opportunity to teach in diverse settings. While we haven’t always agreed on issues or how to move forward, we do strive to listen to and learn from one another. Easier said than done, but each day is a new day to try again. That’s where the magic happens.

And while that might be a large part of the equation, the nurture component may not completely explain our political makeup. In fact, studies show there are actual physiological differences between conservatives and liberals, affecting the way they respond to stimuli in their environments as well as how they process information. According to a study shared on the National Center for Biotechnology Information, US National Library of Medicine, “…greater liberalism was associated with increased gray matter volume in the anterior cingulate cortex, whereas greater conservatism was associated with increased volume of the right amygdala.”

Why does this matter? I suppose it doesn’t if we’re going about life, business as usual, and we don’t care about change. But, anecdotally speaking, I’ve heard people on both sides of the political aisle say this hasn’t been a usual election cycle. Ah, something we can agree on. It’s a place to start at least. We’re on the hook for this. All of us and all of it.

So learning to understand one another may be an important element of moving forward. Here’s my bias. I totally think it is. I also believe understanding someone else whose thoughts are different than our own requires an act of balance. A balance that allows us to hold two thoughts in our head, a feat of no small proportion.

This also extends beyond political party as these differences impact how we each choose to move forward. Raised by three strong spirited women, I saw this firsthand. Mom, The Gram, and Auntie would talk politics around the table. Although they shared similar political ideologies, they had completely different life experiences and completely different methods for taking action.

Formidable and suspicious of those in power, Auntie was born before women had the right to vote and felt it was everyone’s duty to be vigilant, almost militant, to hold tight to the rights one acquired. Born with a starkly different personality, after women could vote, and from an immigrant father, The Gram was set in her political ways but strove to bring everyone together, usually around a table with the great bringer-togetherer of people…food. And Mom? Ever the activist for the most marginalized, well, she landed somewhere in the middle, baffling both of them.

As for me? I know I come from a place of privilege. Between those three ladies, and teachers who graciously advocated for me, I had everything I needed. The gaps were always filled. As an adult, I have come to understand how privileged I was. And I know my energy bank is relatively full. So as K-Hubs and I explained to Toodle after the election, we will use our energies to help others who live in fear or feel marginalized and unheard.

As the members of the original Spirit Squad fought over the issues they agreed on (yes, you’re reading that right), there was one thing they always agreed on…food. There’s that term again. So maybe sharing a recipe isn’t such a strange thing to do after all. Perhaps the question is, who will we invite to sit with us? Who will we welcome into our homes? These are questions I ask myself every day. I also ask myself what it means to genuinely love my neighbor, especially when we don’t agree. How do I implement the next right step when there is so much to be done? How do I effectively, compassionately advocate for some of the most vulnerable in communities close to home and around the world? The answers I keep coming back to are the same.

Lead with kindness and listen honestly.

What does that look like? For one, I refuse to stop speaking. I will continue to advocate for those whose voices are lost in the shuffle. Two, I also promise to listen, and not just to those with whom I agree.

You are always welcome here at Spirited and Then Some. No matter where you have been or where you are going on life’s journey (to poorly paraphrase my church’s weekly statement of welcome), there is room for you at this table. We’ll eat our food, sip our beverages, and see what we can do to bring about positive change.

As for the food we just might savor, today I bring you our family’s pride and joy. Paleo Spaghetti Squash Noodles, or as I affectionately call them, spoodles. This should not be confused with zucchini noodles, which we call zoodles, or yellow squash noodles, which we call squoodles. Wouldn’t you know it, now that we have this recipe, we are cleared to try a few grains on a temporary basis. But this recipe? I kind of love it. A. Lot. Perhaps those around you will enjoy it, too. 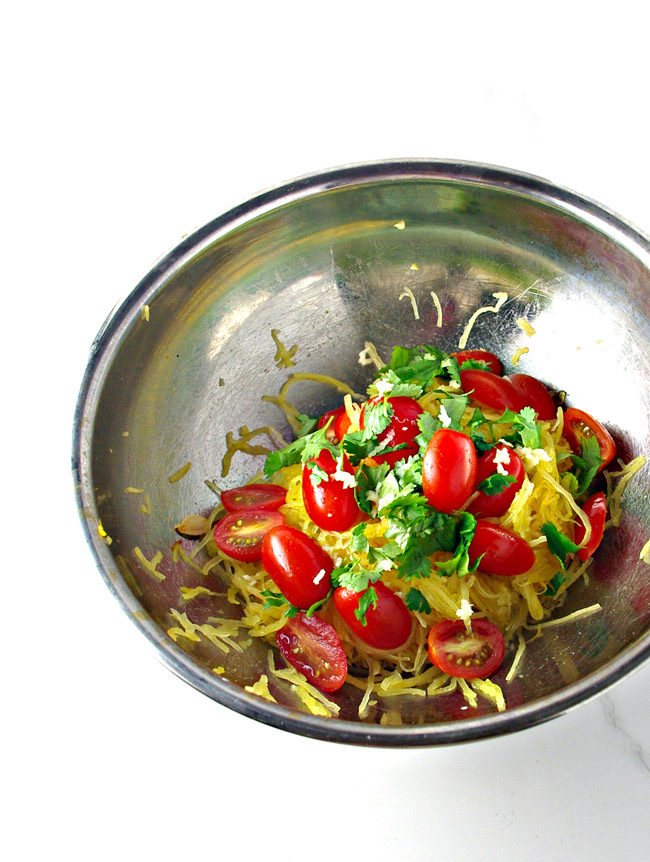 Admittedly, I totally freaked out about baking Paleo Spaghetti Squash Noodles. Would spaghetti squash noodles really form? Would I need a mechanical engineering degree? I know how to nuke a Hot Pocket. Would that be enough? Actually, it was. Rest assured, Paleo Spaghetti Squash Noodles form on their own, no degree needed. They also taste like spaghetti, hence the name, and the process turned out to be quite easy. We were missing out big time until now. 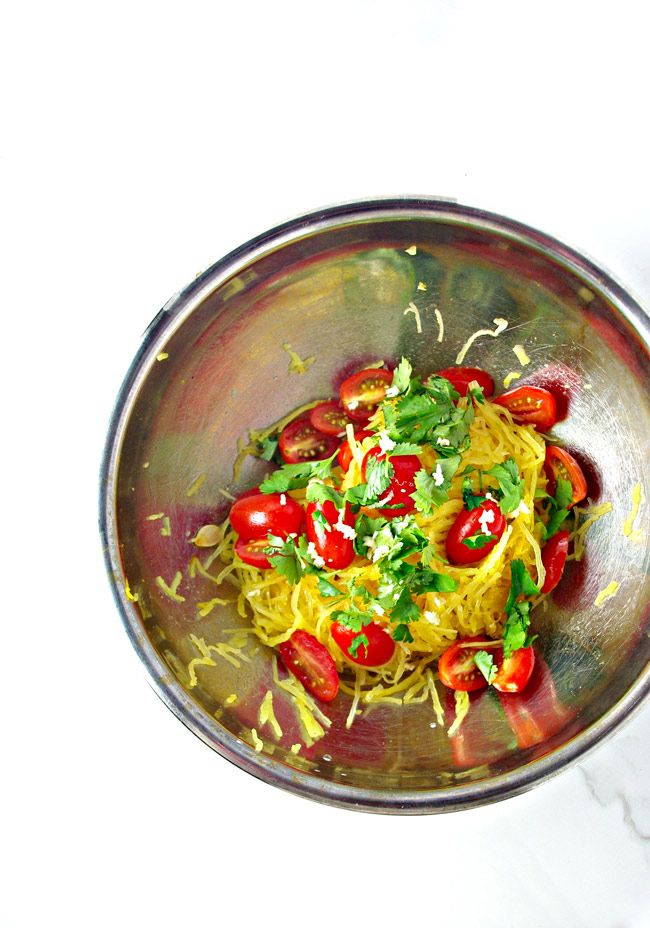 The hardest part of the process was cutting the squash in half for baking. Those things are TOUGH, and, wow, do I enjoy having two hands and 10 fingers. A little research led me to a simple hack from Epicurious that saved my life, or at least my fingers. Poke holes in a whole spaghetti squash and nuke it for about five minutes.

THEN halve the squash with a sharp knife. Next, drizzle olive oil on the insides of each half and bake facedown in a pan for 25-35 minutes (longer if you want softer spoodles). After baking, comb a fork through the squash. This creates your “spaghetti.” Toss the noodles in a large mixing bowl, add herbs (cilantro, oregano, and parsley are favorites), and serve. 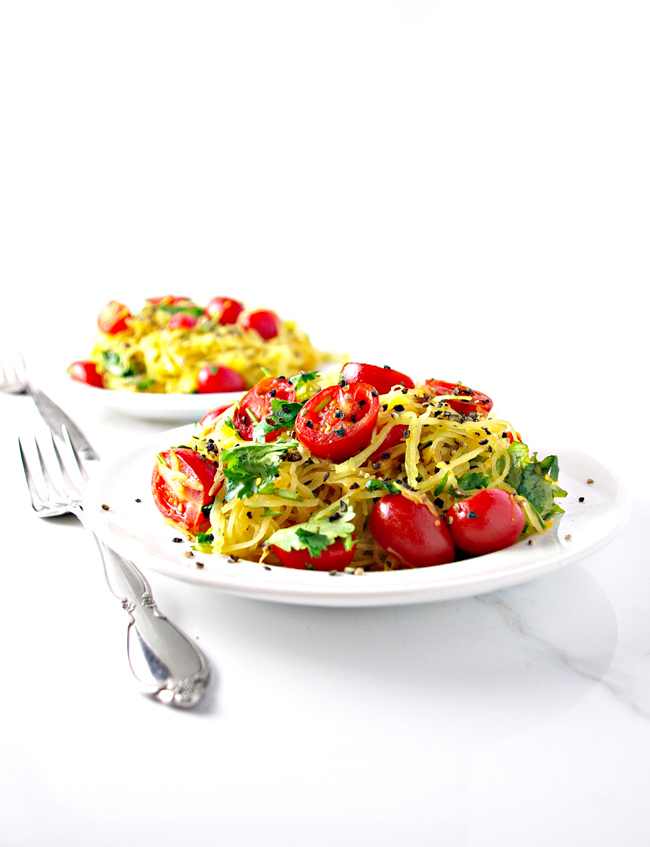 However, I do want to note one observation. Most spaghetti squash noodle recipes call for you to halve the squash without nuking, a preferred method for sure, scoop out the seeds, and THEN bake. Nuking will cause the squash to start forming spoodle noodles right away. It sort of pre-empts the baking process or triggers it. I am lazy, thus I nuked my spaghetti squash whole. After nuking the squash, I then halved it, left the seeds and loose spoodles in place, drizzled the insides with olive oil, poured a little extra olive oil in the baking pan, and baked per usual. After baking the squash, THEN I scooped out the seeds. It comes down to whatever you prefer. When I am cooking, I like easy and lazy. Paleo Spaghetti Squash Noodles are perfect for lazy chefs who just want their food already. 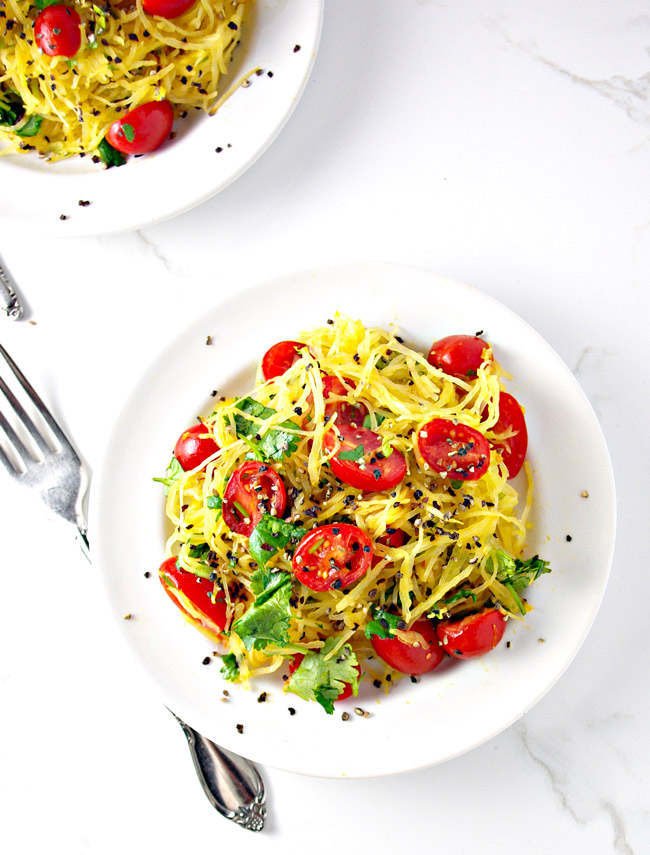 Scoop up some spoodles, say hi to your neighbors, and, when you feel ready, maybe even invite them in. 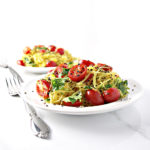