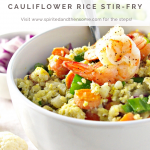 This Grain-Free Cauliflower Stir Fry is a delicious copycat for restaurant-style stir fry. Gluten-free, soy-free,  full of flavor, and ready to go in under 30 minutes! 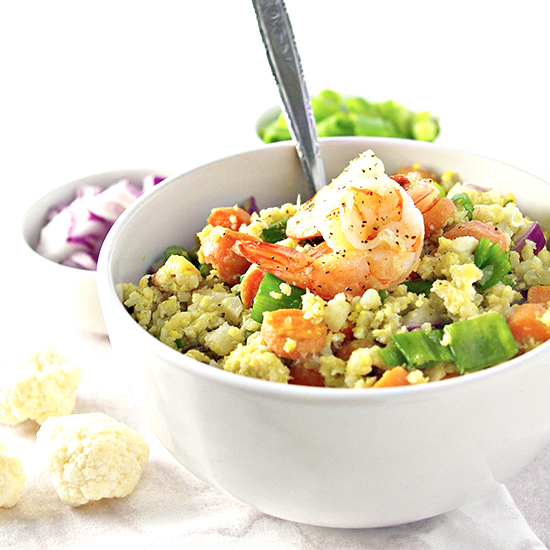 Whaaaaaaaat? Another cauliflower recipe in the same week? Get out of town! Actually, I can accommodate that request at some point in the future. The summer isn’t over, and we are going camping with the girls in an actual tent in the actual woods. Or a campground that looks like the woods. Or something. I don’t know. Nobody knows.

But, that’s a good idea, right? What could possibly go wrong when there is nothing between a three-year-old and the wild wilderness but a zipper. I guess there really isn’t an age minimum for the wilderness. Mrs. Ingalls didn’t move to the prairie once Laura and her sisters reached a certain age. Nope. Log cabin living from the get-go.

We’re going to be just like that. Except exactly the opposite. For one, I think running water will be nearby. Two, we won’t tough it out as well as the Ingalls family did. The tent that was stored away for 20 years has undergone two exorcisms to remove the smell, and I have a bed and breakfast on speed dial. Also, ten bucks says one of us ends up sleeping in the car.

But, about that tent, though. It needed a priest. K-Hubs reaffirmed it wasn’t technically 20 years of tented storage. More like 17 or 18 years. I told him the gods would allow us to round up. That tent hasn’t been used since the 20th century. I rest my case. 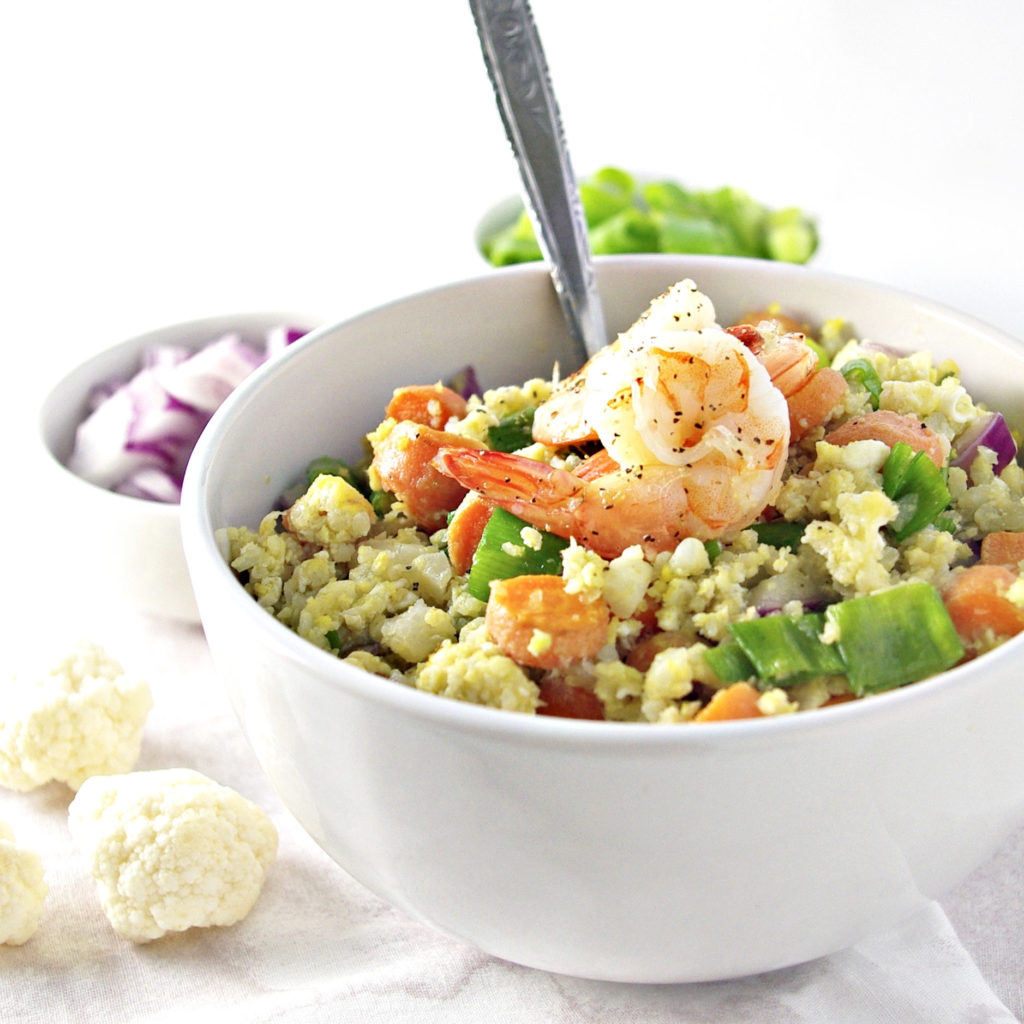 Cauliflower stir fry creates major excitement in our house. While pregnant with Twinkle, I craved stir fry. Since I couldn’t justify eating out three times a day for 6 months straight, I decided to make my own. And when we discovered our family had food allergies, the original recipe went bye-bye.

But before I get too far into this Grain-Free Cauliflower Stir Fry, let me just go straight up and tell you that because of food allergies, we also no longer consume soy sauce. I’m, shall we say, “reminiscent” about it and its delightful flavor. This means two things. One, you won’t see it in any of the pictures to follow. And, two, if soy sauce is your jam, the way it was for me, then add away. You just won’t see it in this recipe.

If you are new to the world of all things cauliflower, this recipe needn’t feel daunting. When I first started getting into cauliflower recipes, I got up in my own grill about whether they would turn out well. “But how will it go???” I panicked to myself. It went fine. Cauliflower isn’t scary.

To get the right consistency for cauliflower rice, I like to pulse the florets in a food chopper no more than about 5-10 times in rapid succession, with each pulse lasting not more than one to two seconds each. If that sounds daunting, another way to say it is this: I push down on the pulse button and immediately let go. To start out, err on the side of larger pieces rather than small, if you are in doubt. 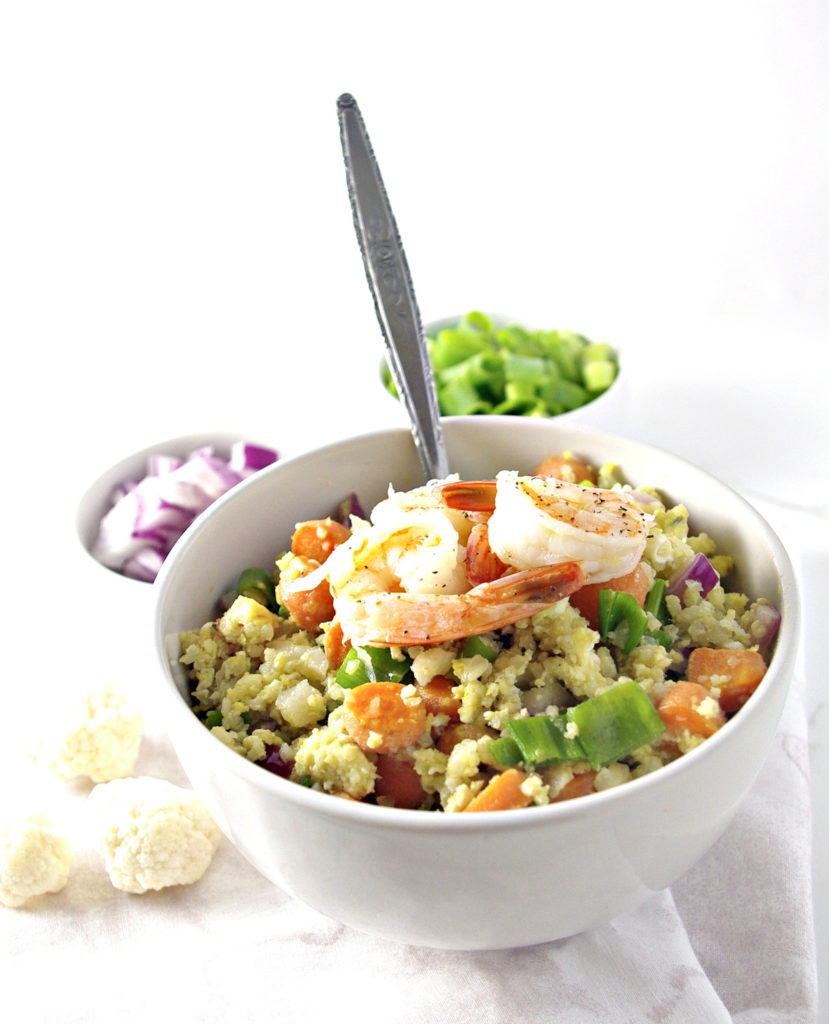 Inevitably, a few florets in each batch refuse to pulse into smaller pieces. When that happens, I remove the stubborn florets, set them aside, pour out the pieces that did cooperate, and then add the stubborn pieces to the next batch. Don’t keep pulsing just to get those two pieces to size down. Remove them from the situation. They aren’t following the rules. They can try again during the next round.

I also added a little olive oil right at the end as the egg was cooking just to keep the mixture from drying out. It was perfect. And I added chopped red onions because I have a thing for onions. The extra flavor also helps offset the lack of soy sauce.

If you are still unsure about tackling Grain-Free Cauliflower Stir Fry, I’m no betting woman. But I’ll hazard a “guess” that it will be easier to make than camping in the woods with two children under the age of 10. Possibly. 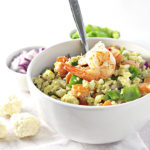 Cooking times are approximate. Err on the side of just undercooked rather than overcooked or the moment when the vegetable start to turn a deeper color as they absorb the heat and oil. This will keep the mixture from turning soggy. I would also suggest taste-testing along the way to find the consistency and texture you like.