These Maple Candied Mixed Nuts are the perfect gluten-free, dairy-free, and paleo holiday treat! Ready in under 45 minutes, not only do they taste delicious but they also make excellent gifts! And bonus: your house will smell wonderful long after they’re done baking! 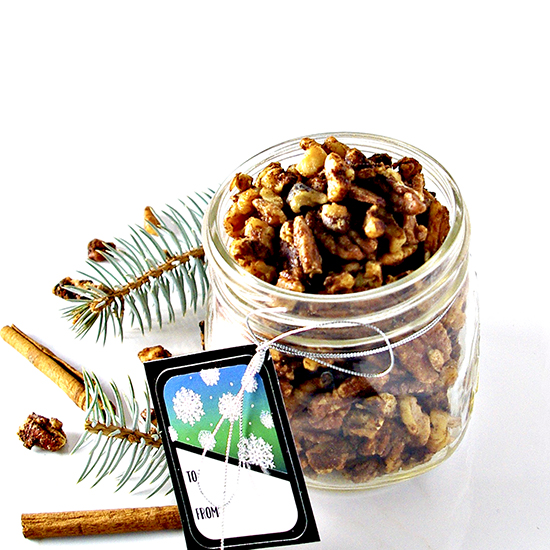 Ever since last Thanksgiving’s Paleo Sweet Potato Casserole with that scrumptious maple pecan topping, I’ve wanted to do some sort of candied mixed nut recipe. And since my family is just a bunch of mixed nuts anyway, from several generations combined, it seemed wholly apropos. But when this year’s Thanksgiving came and went, I thought, well, there’s always Christmas, and aren’t I so clever?

Except that EVERYONE is posting their mixed nuts recipes right now. 😂 One includes Ali Martin’s vegan Maple Candied Pecans over at Gimme Some Oven. Ya’ll, I’m dead on the floor. I love it. Because when a recipe is just that good, you gotta share it. No keeping the goodies to ourselves.

And these Maple Candied Mixed Nuts are my new favorite finger food for the holidays because they:

Seriously, I hope you have as much fun making your own Maple Candied Mixed Nuts as I did. I’m convinced the aroma is something straight out of Santa’s workshop. Like, don’t you think he and Mrs. Claus keep the Yankee candles burning all year round? Just me? Well, maybe no candles burning while they’re on their Caribbean vacation after the new year.

Regardless of the Claus’s plans, these mixed nuts are as tasty the next day as they are straight out of the oven. It just doesn’t get any better or easier than that. There is something so scrumptious about maple, allspice, and cinnamon together in one recipe. They awaken the senses, and in one simple recipe, bring out the magical flavors of the season. Is that too much hyperbole? Because, honestly, if it is, I have no regrets.

But let’s stop talking about how tantalizing this recipe is and instead make a batch ourselves. Oh, but here’s the thing. I really do highly suggest getting enough ingredients to make multiple batches. Because just one won’t be enough! 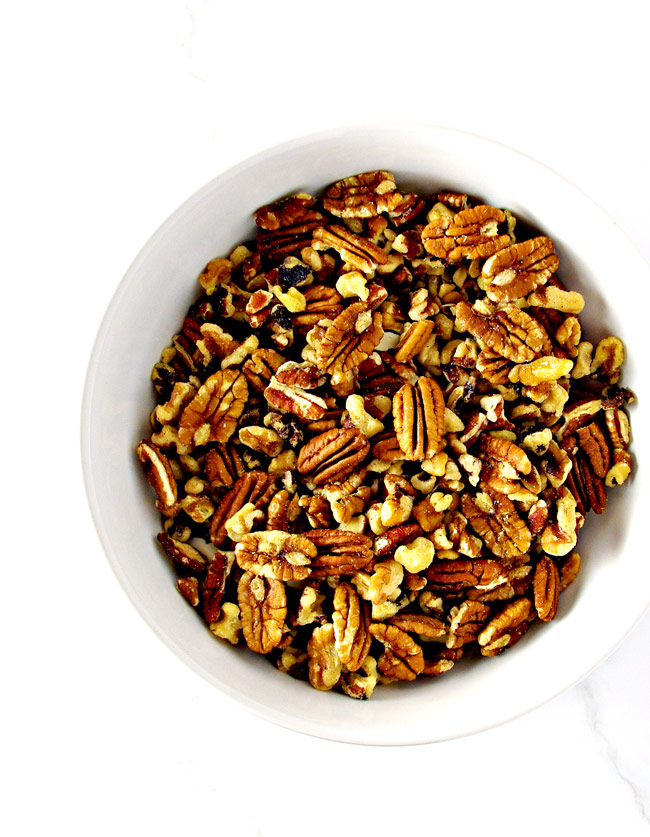 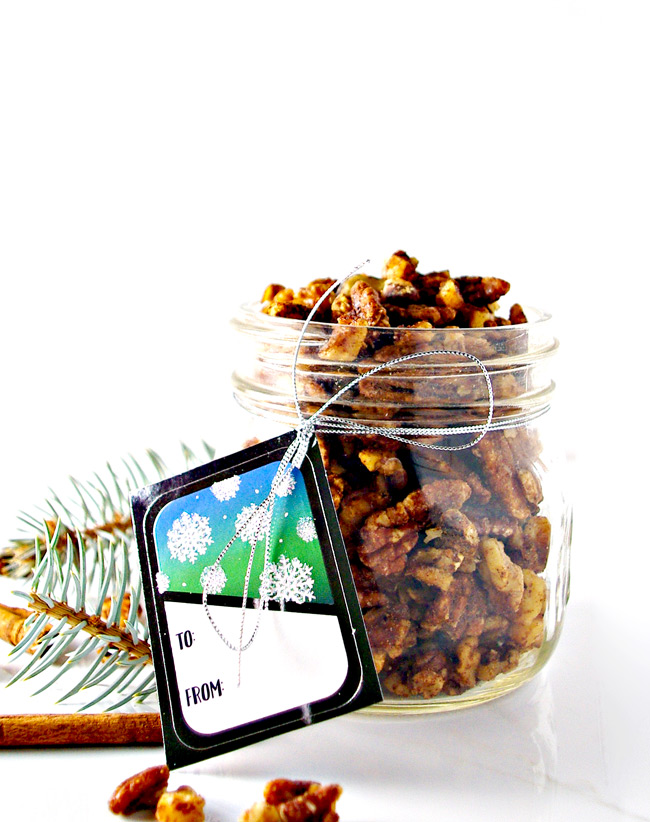 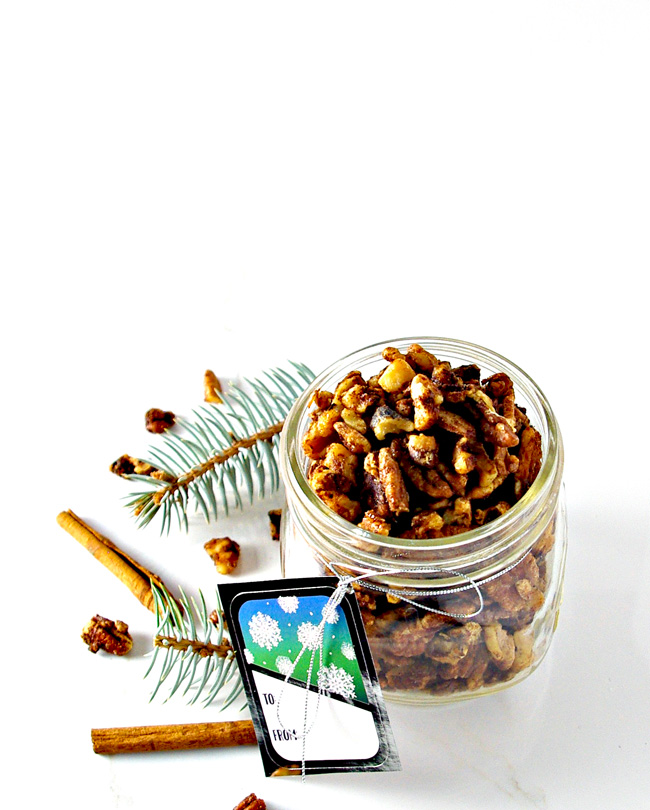 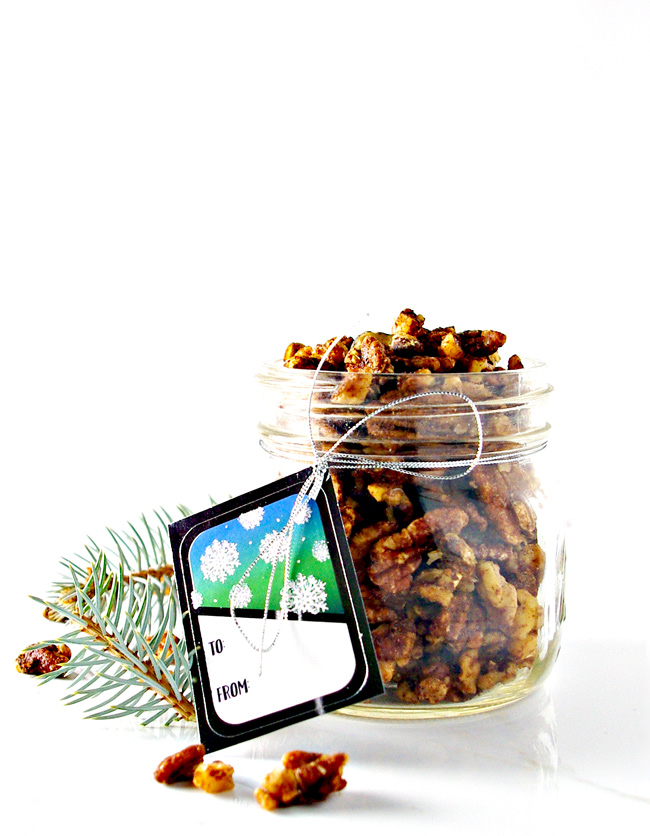 And last, but never least, dig in and share them with friends and family! Such a sweet and easy treat to enjoy during the holidays! Have a very merry, friends! 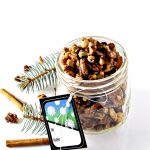