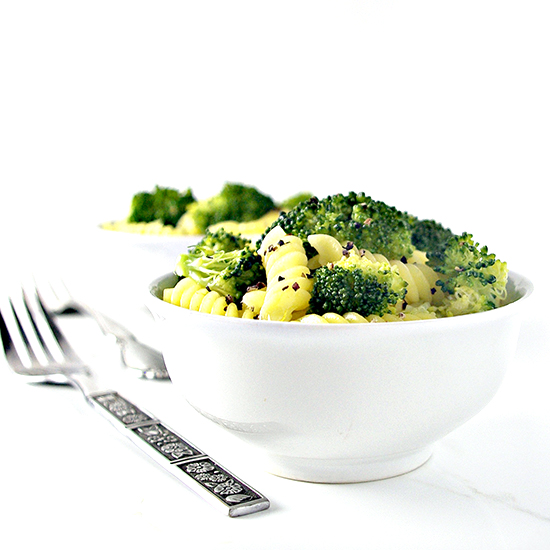 What do Lemon Garlic Broccoli Pasta and a John Mellencamp concert have in common? Nothing except we made the former before attending the latter. Both were two of the best decisions we made that day. Although we don’t eat many grains in our house, when we do, we stay completely gluten-free (Barilla is a fave brand). This recipe brought the flavor, the nutrients, and a filling consistency that even the girls loved. Both girls, I might add. As for the John Mellencamp concert, what can I say? He and Carlene Carter also brought it.

I don’t think I have ever enjoyed a concert as much as I enjoyed them. Those two tie with the Prince and Cyndi Lauper concerts that I have held in highest esteem for over a decade. And I almost think John and Carlene eke a toe over the line to hold first place. Basically, get your life, pack your car, and get yourself to their next stop. “Oh, but Morgan, I have to go to work.” No, you don’t. “But, Morgan, I don’t like his music.” First of all, that isn’t why you would even go to this concert. And second, who are you even? Okay, fair enough. You don’t like his songs or the radio has ruined it for you. Fine. But still go. 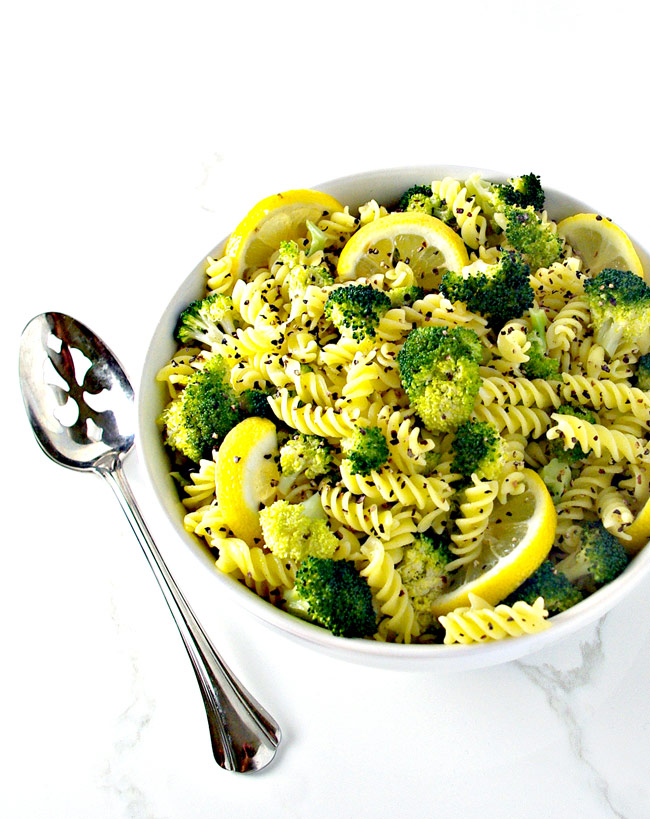 Their stories alone were worth the price of admission. Carlene Carter talked about growing up in a musical family and life with her stepdad John (that’s Johnny Cash for the rest of us), trying not to say “shit” so much on stage (#goals), and the reason she no longer wears her see-though plastic mini skirt while performing. “It’s not that I can’t rock it anymore. It’s just that it got warm and mildewy.” Dead. She also told us all about her mama, Ms. June Carter. “She told me not to have sex before marriage or I’d go to hell. So instead I got married many times.” Oh. My. Lordt. We were laughing in our seats until we were in tears.

And that was all before John Mellencamp came on the scene with his incredible band mates. I don’t think I’ve ever seen an ensemble work so seamlessly together, so in tune to one another. Half the time I thought I was following John around the stage while he worked his moves, only to discover that he had ducked into the background while his mates took center stage. They seemed to genuinely enjoy one another, hugging and laughing while performing. If they can’t stand each other, it wasn’t evident onstage.

Then he started telling stories. “You all know ‘Jack and Diane.’ But what you don’t know is what I was doing when I wrote it. You see, I was writing this song in one room while there was another thing going on in another room. And I kept going back and forth between the two rooms because, you know, I was writing, and then there was this other activity.” Turns out, that other activity was America’s other favorite pastime, and it’s not baseball.

When John and Carlene sang a few duos, everyone was in the rafters. Was it a religious awakening? No, but it might as well have been. Put another way, this concert was like getting seated next to your favorite, down-to-earth, but highly talented relatives at the family reunion. Get your life in order, grab those tickets, and hit the road.

But make sure to eat before you go. 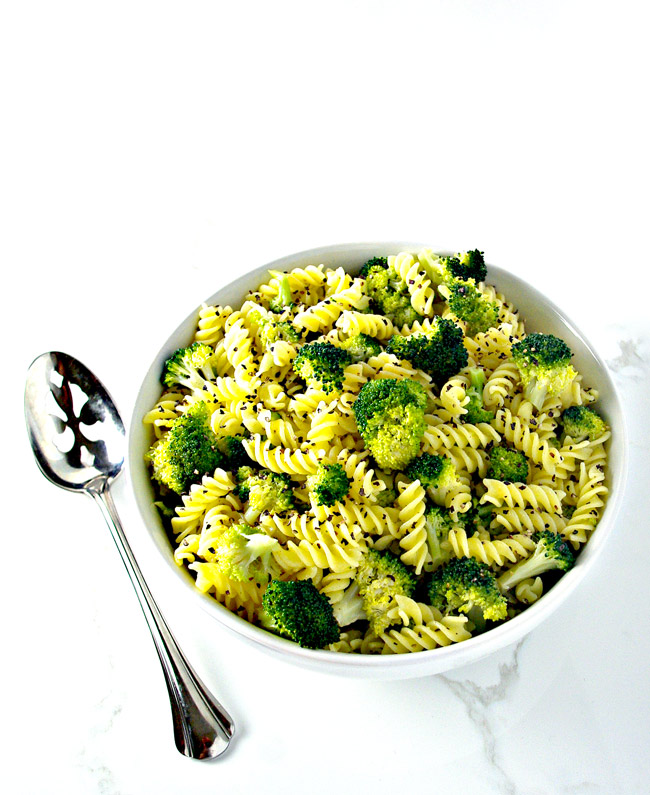 So, about that broccoli. There is a point to it. We made Lemon Garlic Broccoli Pasta before heading off to the concert. It kept us comfortably full the entire evening. Seriously. Lemon Garlic Broccoli Pasta is gluten-free and vegan and perfect for those times when you need to stay healthily full for the foreseeable future. It’s the go-to recipe that everyone will enjoy, and that’s coming from a family of finicky eaters.

Whereas pastas often leave me feeling sluggish, this recipe left me feeling energetic. Maybe because, according to our dietician, broccoli contains chromium, which promotes digestion. It might also have to do with the fact that you don’t need a large amount of this deliciousness to reap its benefits and feel comfortably full. Either way, we’ll be making it on the regular in our house.

Lemon Garlic Broccoli Pasta is also exactly what it sounds like. Lemon and garlic bring out the flavor in the gluten-free pasta and take the edge off broccoli’s earthy taste. Although, if you can imagine, everyone in our family agrees on one thing – we like broccoli. Go with God. This is our best selves.

Making Lemon Garlic Broccoli Pasta isn’t difficult either. But there is a method to it for efficient preparation. I boil water in two pans at the same time (one with a steamer for the broccoli). Once the water in BOTH POTS reaches boiling, I steam the broccoli in one and boil the pasta in the other for seven minutes. During that seven minutes I combine the olive oil, lemon juice, garlic, and sea salt in a large mixing or serving dish. 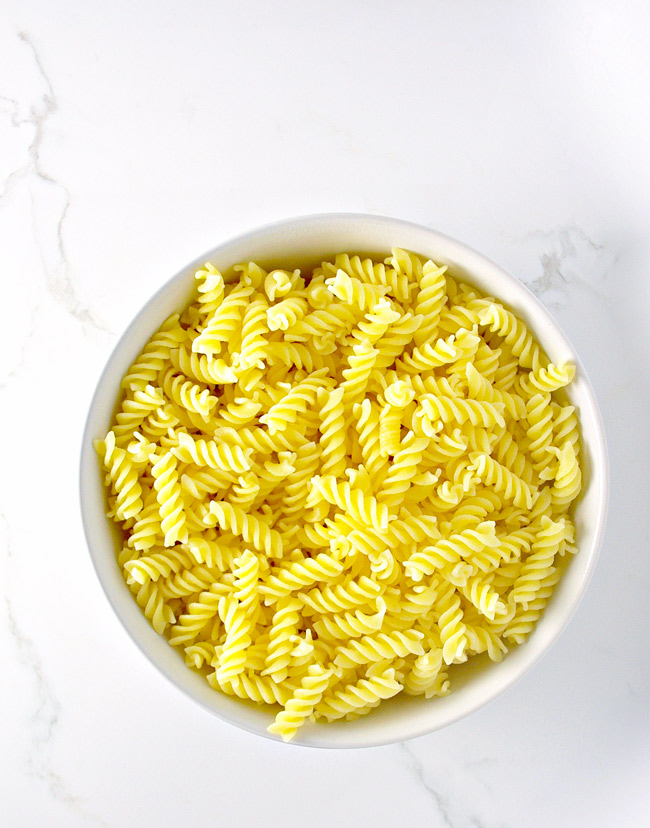 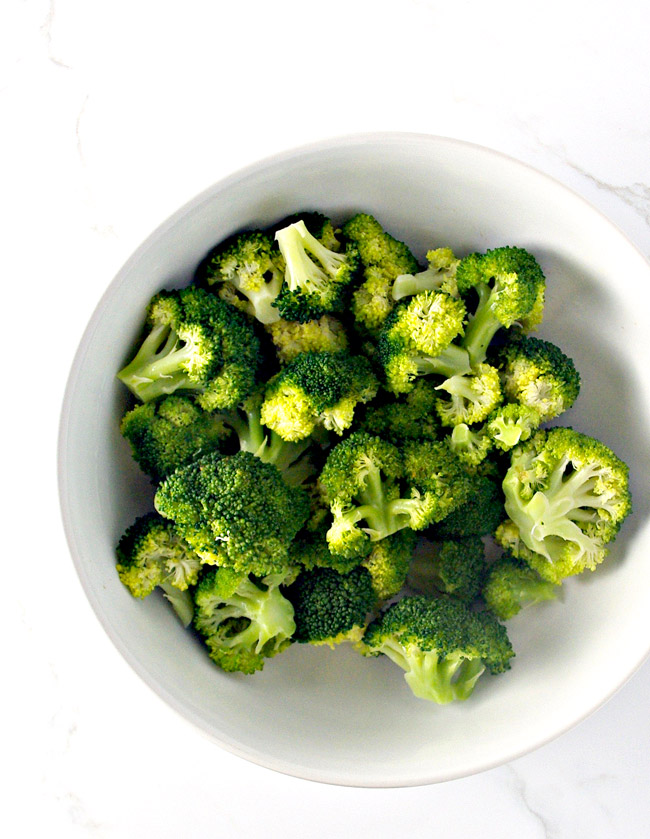 Once the pasta and broccoli are ready, I add the pasta to the olive oil mixture, stirring briskly for an even coating, and then mix in the broccoli. Finally, I garnish with cracked black pepper and lemon wedges, if I’m feeling fancy. It is heaven on Earth, Spiriteds. Just a handful of ingredients for restaurant-style flavor and quality.

Seriously, get this Lemon Garlic Broccoli Pasta in your LYFE. And about those concert tickets, nab a few of those, too….

We use Barilla pasta, which happens to require only seven minutes of cooking time. Cooking times may vary with different brands or types of noodles.