The Chicago Cubs won the World Series last night. We’re a little tired in this household because of it. A Game 7 if there ever was one. Holy. Cow. #GoCubsGo. 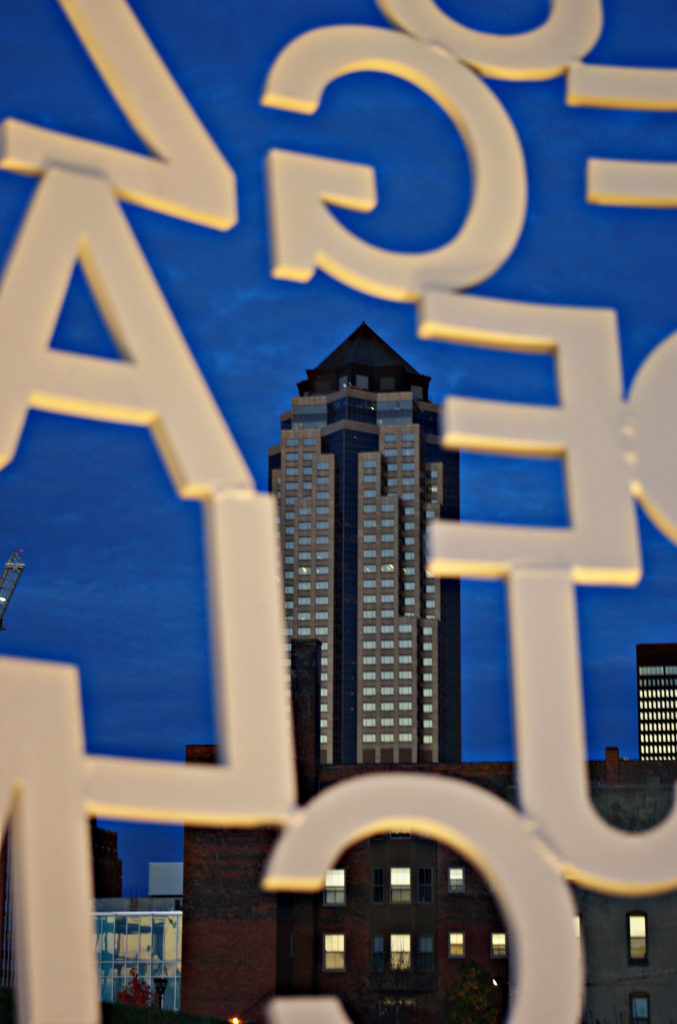 It was a big day yesterday. And if you happen to live in Iowa or have Iowa connections, it was also a heartbreaking day. While our neighbors to the east clinched the World Series in a nail biter, our state mourned the loss of two police officers who were ambushed while on shift. Life is full of tragedy and celebration. I’m saving the celebration for tomorrow. In the meantime, I’d like to share a little about the people of Iowa.

The neighborhoods where Police Officer Justin Martin and Police Sergeant Anthony Beminio were ambushed are places where I have worked and, in junior high and part of high school, called home. Places I still drive through on a regular basis, admittedly without much thought. Places I take for granted.

What do we tell the girls? Especially Toodle who hears things at school, and, as we have learned lately, on the radio. How do we explain something we don’t understand ourselves? How do we make sense of senseless violence? How do we talk about this as the conversation teeters on the political? How do we even think about anything else when such heartbreaks occurs so close to home?

I immediately thought about Fred Rogers of Mister Rogers fame:

“When I was a boy and I would see scary things in the news, my mother would say to me, ‘Look for the helpers. You will always find people who are helping.'” 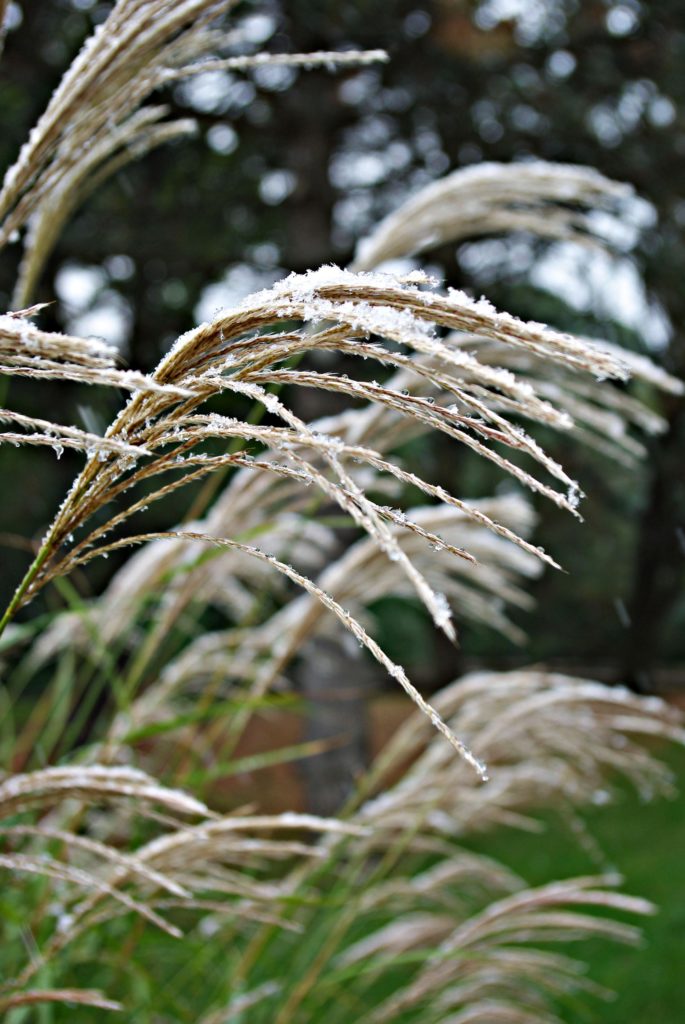 Okay, we’ll tell Toodle and Twinkle to look for the helpers. But my feelings were not assuaged. Urbandale and Des Moines have been homes to me since I was born. Something was still nagging at me.

What if we became the helpers? What would that mean? What would that look like? Helplessness is a horrible feeling. It catapulted me into action. I packed up Twinkle and headed to the grocery store, stocking up on granola, fruit, and bottled water.

A gentleman opened the doors for us, and Twinkle quietly went in with me. At just 3 1/2, she had no real idea what was going on. But she knew something was big, and she stayed close. While we dropped off our wares, a sergeant came up to her and offered her a police badge sticker, which Twinkle was all too happy to accept. An administrative professional saw her and came by with a glow-in-the-dark Frisbee, which the Sergeant thought she should have. Twinkle was all too happy to accept that, too, and she began to relax. 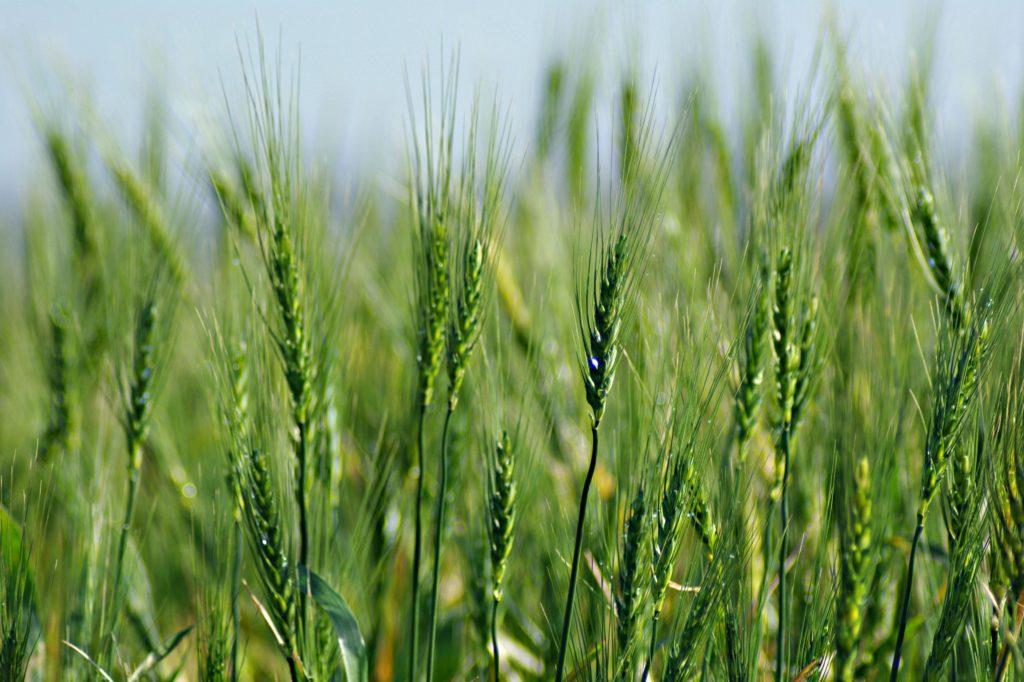 Did I take pictures? No. A camera couldn’t do the moment justice. In fact, I didn’t take pictures the entire day. But I hope you’ll enjoy seeing photos K-Hubs has taken over the years of this place we call home.

As we walked out, others were coming in. No one knew anyone else, and yet it was like we had known each other all our lives.

In spite of dropping off a care package, the feeling of helplessness stayed with me. What about Sergeant Anthony Beminio? His life, and now his memory, matter, too.

After picking Toodle up from school, we trekked back to the grocery store and then downtown to the Des Moines Police Department to drop off another care package. The rain had stopped, and the sun dared to come out, if ever so briefly. But it was the same thing all over again.

Press quietly swarmed around construction while the Des Moines Fire Department hung a blue and black ribbon above the front doors to the station in honor of Officer Martin and Sergeant Beminio. People from all walks of life, of different ages, races, genders, and socioeconomic groups, came by to hug, give thanks and prayers, lay flowers on another police cruiser, and leave food and water for officers working long shifts.

Our arms were full so we were escorted in, and a woman from 911 dispatch came out to take our care package. The hall was quiet, solemn. “Do you have a card?” she asked me. A card? Does she need verification of who I am to accept the gift? “This is so kind, we’ll want to…”

A thank you. She wanted to be able to send a thank you note. No, no card. Just a care package. We hugged an awkward hug, the kind when your arms are full, because what else can you do? 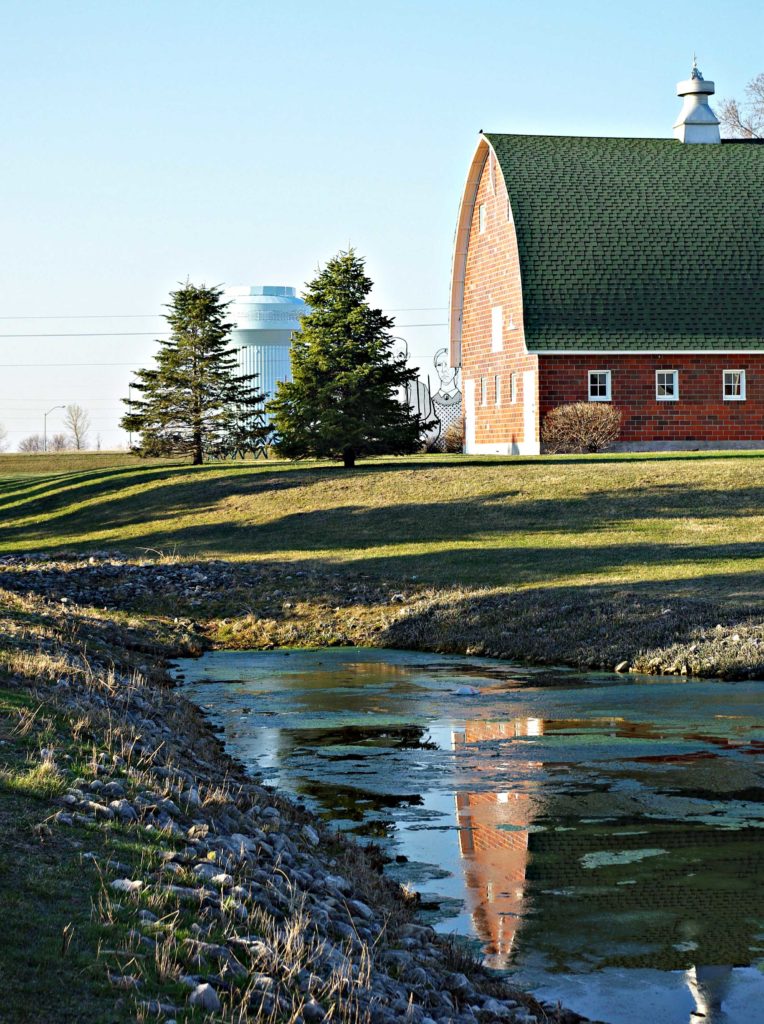 As we left the station and descended the flights of steps, Toodle was thinking deeply. I watched her wrestle with her thoughts. Finally she said, “I want to tell them I am sad the police officers died.”

Much to Twinkle’s dismay, we trekked back up the flights of stairs. Toodle approached a fire fighter to tell him she was sad and sorry. He asked if she would feel better if she talked to a police officer. She nodded. The fire fighter introduced her to a police officer who knelt down to hug and reassure her. They talked softly while I corralled Twinkle.

As we left for the second time, another woman came by with a bouquet of flowers. Two Millenials stopped to pay their respects at the police cruiser. A photographer from Reuters quietly took photos. The ribbon above the door was officially in place.

Iowa doesn’t have a flashy reputation, not as a flyover state. But, all of those moments, seeing complete strangers come together, were glimmers of light on an otherwise dark day. It may not get the attention it deserves sometimes. But, Iowa is a place I am proud to call home. There is still so much good in this world. And when in doubt, look for the helpers.