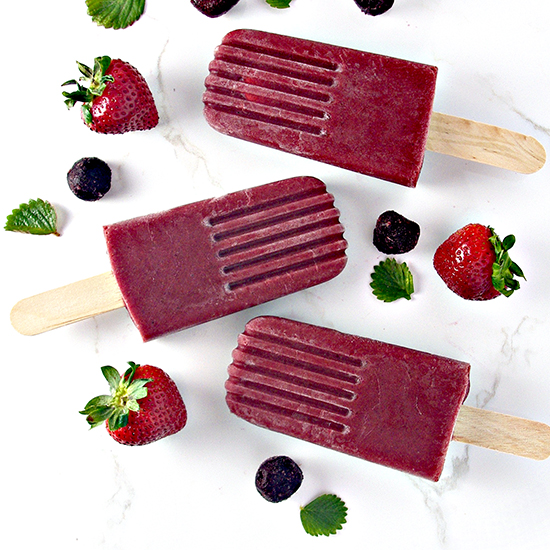 Happy National Strawberry Shortcake Day, Spiriteds! Today’s Vegan Strawberry Cherry Popsicles aren’t a shortcake by any stretch of the imagination, but any day that celebrates the strawberry is reason enough to eat, well, a strawberry. So here we are, Spiriteds. Strawberries, cherries, almond milk, and all. These popsicles are deliciously tart with just the right amount of sweetness to cut through the summer heat wave. 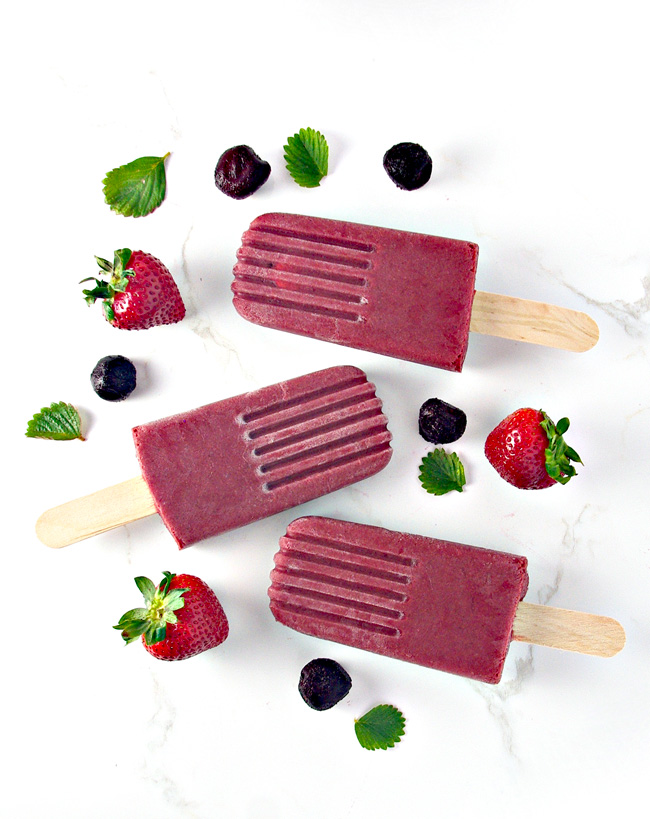 Although I’m sharing these Vegan Strawberry Cherry Popsicles on National Strawberry Shortcake Day, this recipe began over a year ago when Toodle hosted friends for an end-of-school-year party. I was up in my own grill about what to serve since, at that time, we weren’t doing cakes and cookies, even those that were paleo. What would we feed the kids, and would they notice it was different? That’s when I had my “a ha” moment. Popsicles! Every kid loves a good popsicle, right? Turns out, yes, kids do love their popsicles, and our homemade strawberry popsicles were a hit.

A year later, I’m finally getting around to sharing popsicle recipes. But the delay turned out to be a good thing because I’ve developed a few new recipes since then, and I’m a little geeked out to share them with you. 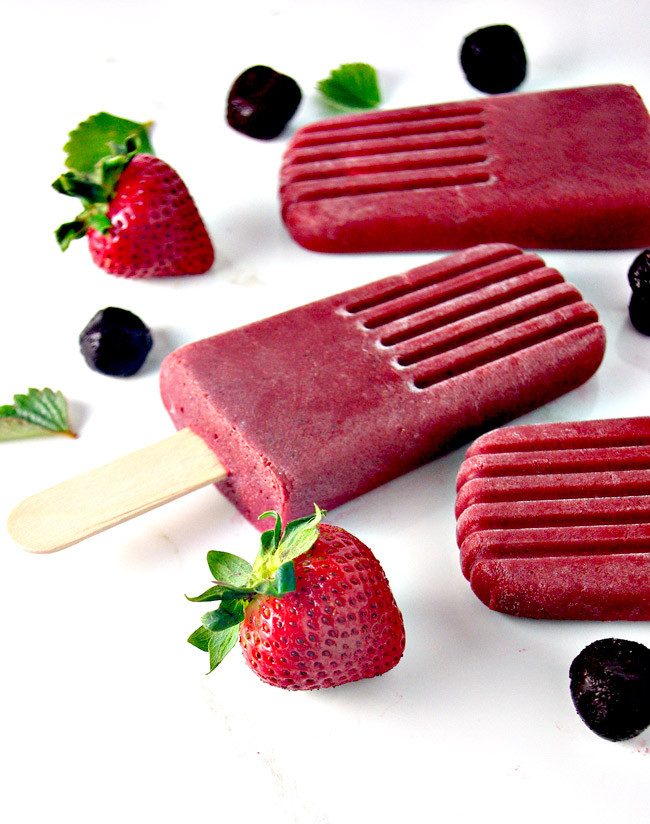 This time tart cherries and creamy almond milk round out a traditional strawberry popsicle recipe. And as for those cherries, as long as you avoid the pits, you’re good to go. I chose dark sweet cherries this time. I LOVE the contrasted flavor of the tart cherries and sweet strawberries. Those two fruits just bring out the best in each other. Each is the yin to the other’s yang. 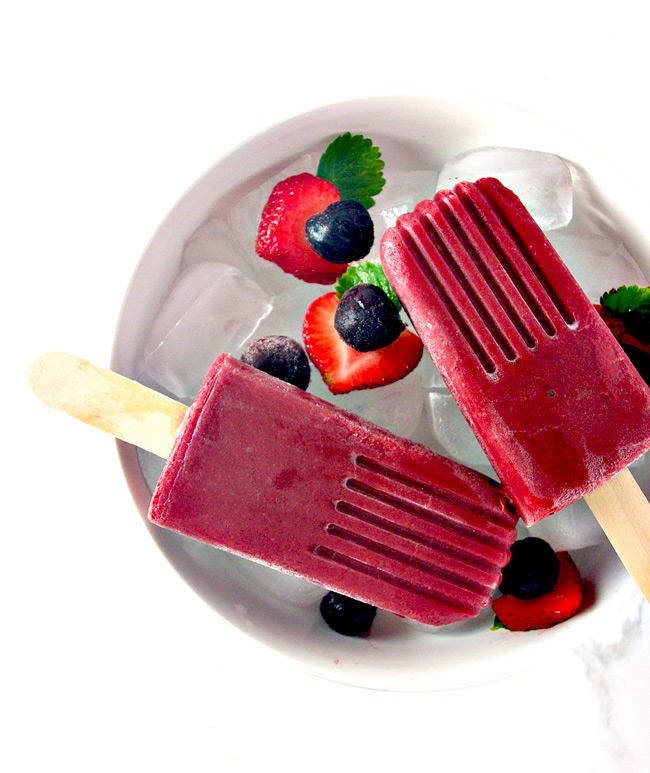 It’s a relationship I fully support. So I’m elated to tell you that these popsicles are ridiculously easy to make. Basically, if you have access to a blender, you’re all set. I literally threw the ingredients in the blender, mixed them until smooth, poured the concoction into the moulds, and slid them in the freezer. It took just minutes to do. But I will say this. Adjust your agave nectar or honey based on how fresh your strawberries are (the fresher they are the less sweetener you’ll need), how tart your cherries are, and your personal sweet/tart ratio preference. If you aren’t sure what you want, take a slurp of the mixture before freezing. The flavor that goes in will be the flavor that comes out. 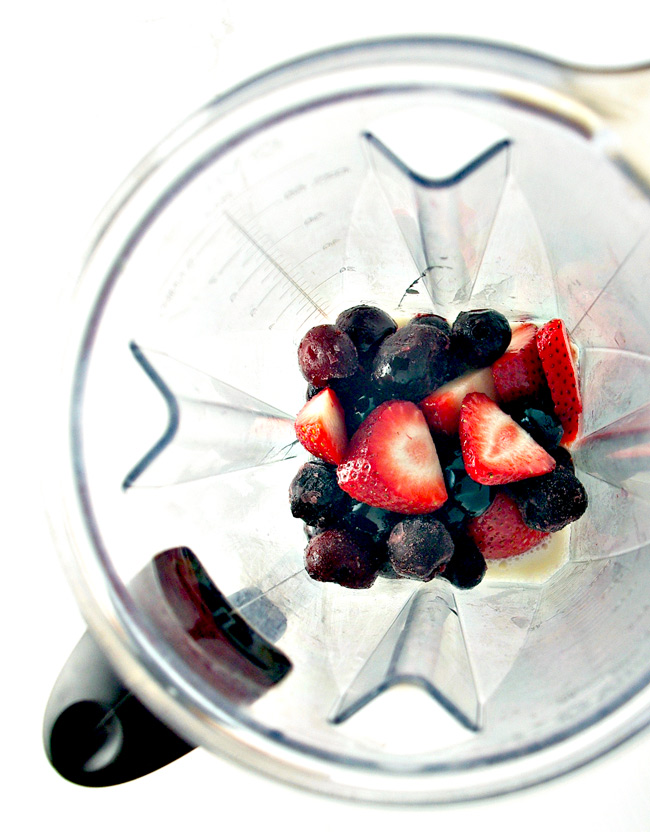 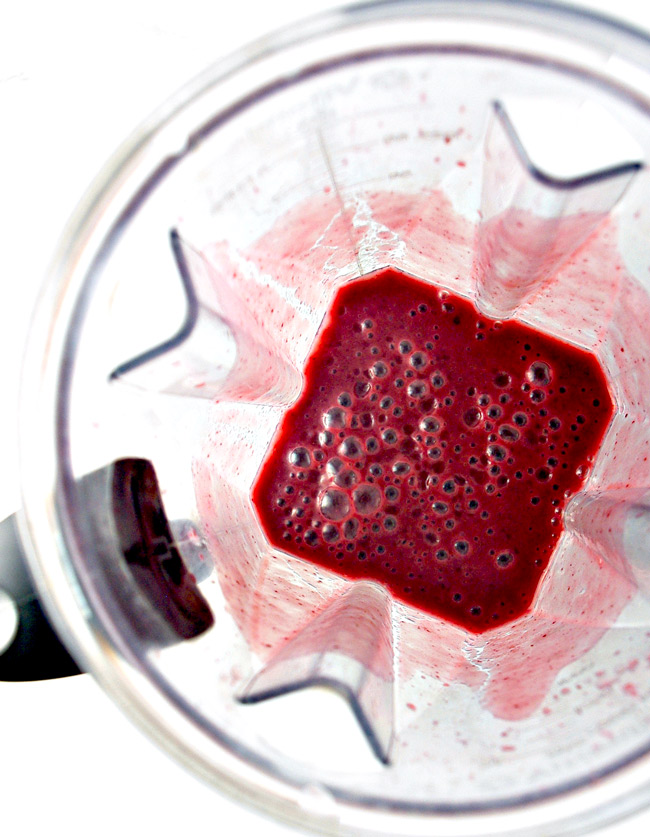 I was surprised by how much I enjoyed the added tartness of these popsicles. The girls and K-Hubs also went a little nuts with each bite. These homemade popsicles are a twist on the traditional. A break from the norm. And in this 90-degree weather, with barely a hint of rain in sight, that’s what I’m going for these days. 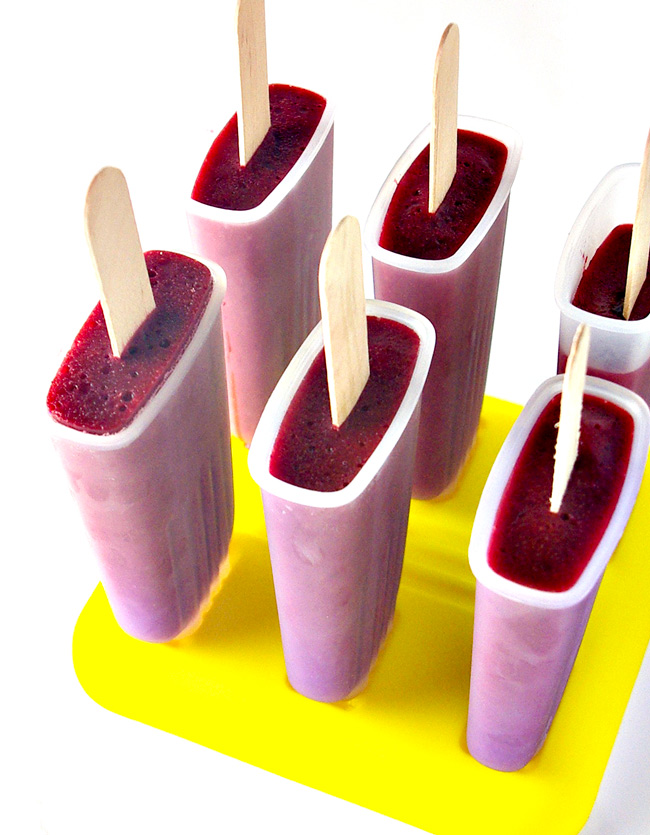 Then you are ready for whatever party is in store! And make no mistake about it, Vegan Strawberry Cherry Popsicles are definitely party-worthy. But let’s also say that, oh I don’t know, maybe you’re binge-watching The Dr. Blake Mysteries on Netflix. Possibly you’re on the very last episode of season three and finding season four is proving difficult, unless you live in Australia, which I don’t, and you need to stress eat and type run-on sentences. Um, these will do the trick. Ooh, and these have three cups of fruit in them, so it’s healthy stress eating. That’s the word on the street, anyway. 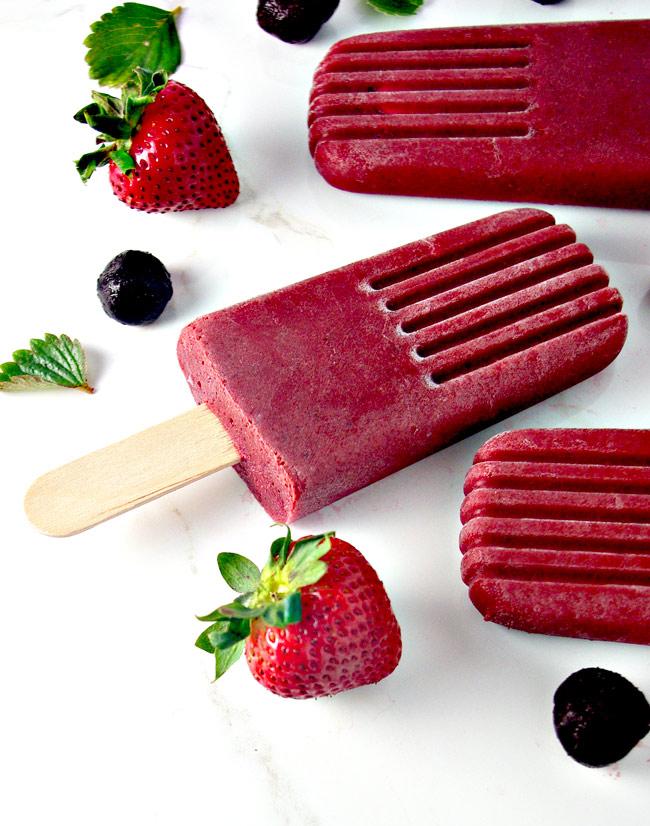 Also, the word on the street is Lucien and Jean, Lucean/Jeancien/Lujean, should just profess their love and make it official, sans nickname. Also, whatever-his-title-is-now Matthew Lawson needs to get re-promoted. Is that a word? I don’t think it is, but it aptly describes my feelings at the moment. 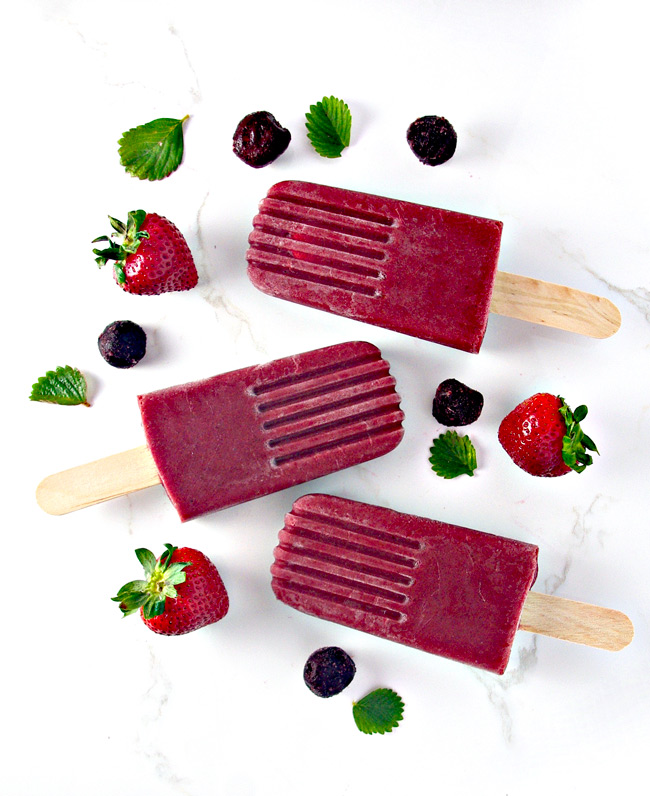 Parties, kiddos, Netflix, or otherwise, these Vegan Strawberry Cherry Popsicles are all the rage. 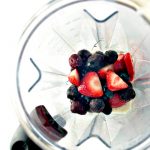 It takes a while for the popsicles to solidify, so I like to make mine the night before, covering them with a piece of foil and serving them the next day.