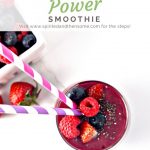 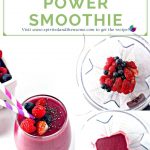 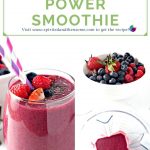 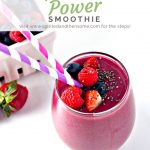 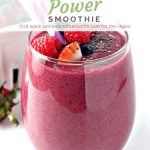 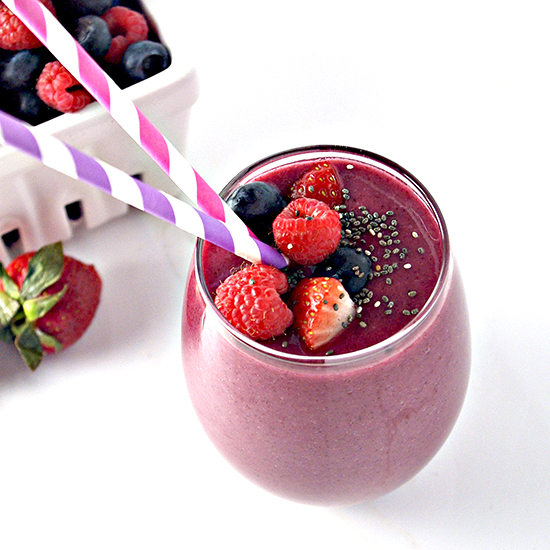 You know those days when you look in the fridge and have nothing but ingredients? That was us a few weeks back. We had fresh berries, coconut milk, chia seeds, and honey. The girls were hungry, and I thought, what can I make that both will like? Mama’s not making multiple meals. Then I had an “a ha!” moment. A deliciously filling Triple Berry Power Smoothie jam-packed with nutrients such as antioxidants and calcium, that’s what I can make. 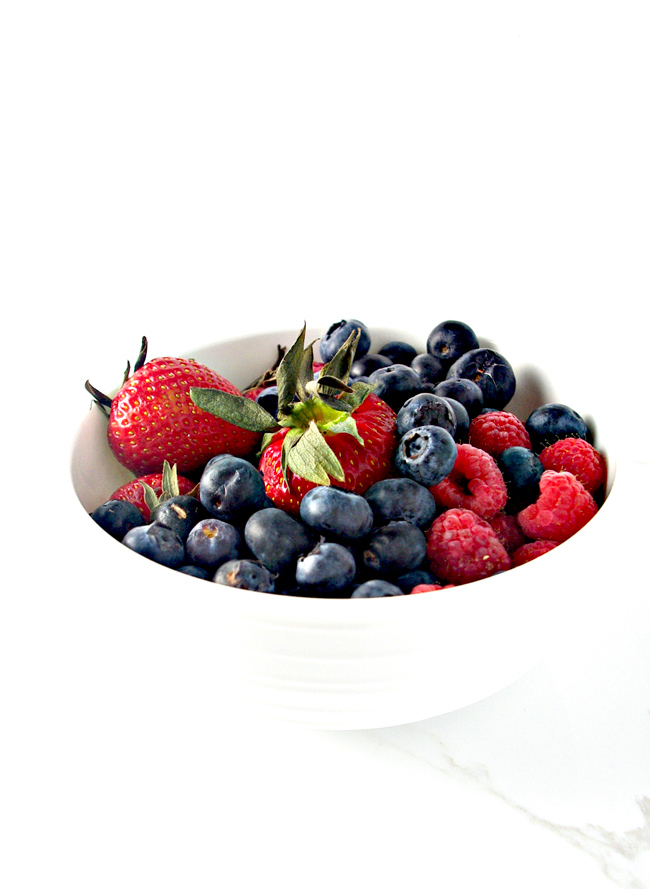 I say this a lot about the recipes in this community, but Triple Berry Power Smoothie has become my warm-weather smoothie of choice. With little kids living under our roof, it’s often the smoothie that gets us through meal times, finicky eaters and all. The kids are picky, too. 🙂 So I rely on nutrient-dense smoothies to ensure the girls get the balanced diet they need. And you know what else I love? These smoothies aren’t expensive. Eating healthy often isn’t cheap, so when I fall into an economical recipe, it becomes a mainstay. 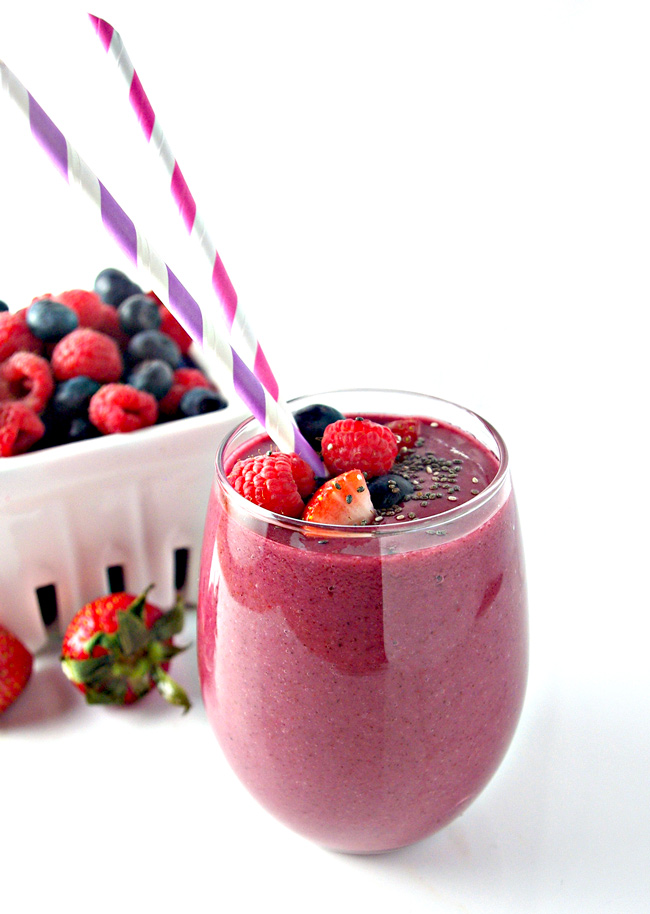 But, seriously, Triple Berry Power Smoothie is worth every sip and every savor. The delicately-balanced sweet and tart flavor tantalizes the taste buds, and the color is just as enjoyable to stare at as this smoothie is to eat. Triple Berry Power Smoothie is also a full-fledged meal. Also, even though I totally make this for the girls on the regular, sometimes I want to make a batch only to share with myself. And Netflix. I’ll share with Netflix. Also Amazon Prime. I guess sharing isn’t so hard after all. 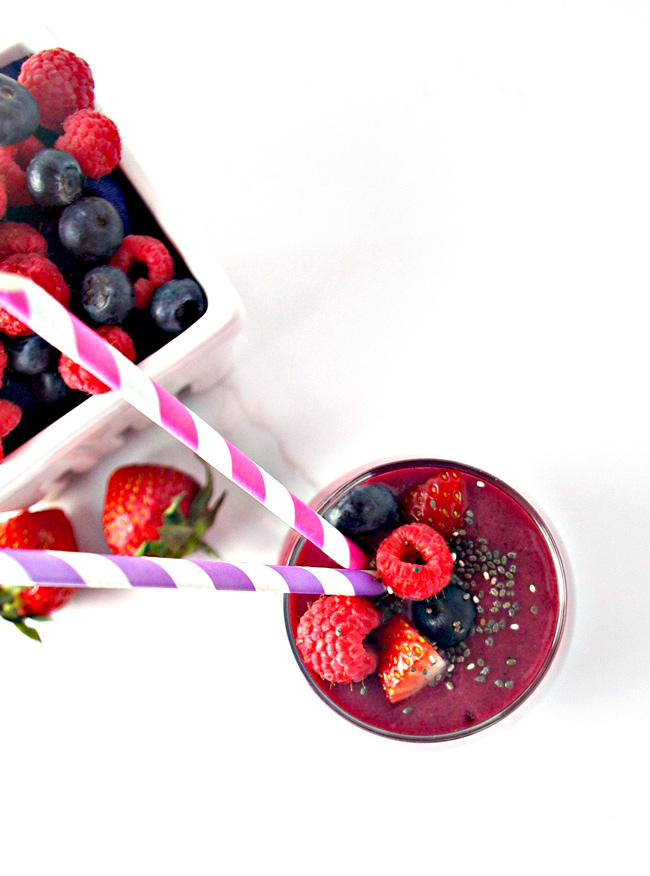 As for ingredients, selecting the milk for this smoothie isn’t difficult either. Anything will do. I typically gravitate toward almond milk. If I had my way, then I’d drink vanilla-flavored rice milk like it was my job. However, I try to keep sugar to a reasonable limit, and over time, almond milk has won me over. Having said all that, for this recipe I used coconut milk (not usually a favorite), and it was WONDERFUL. My level of coconut milk judgy-ness knows no bounds. But in this recipe, I eat crow. Triple Berry Power Smoothie is super delightful. We also changed up our coconut milk routine as the terribly exciting people we are and tried a new version. A little lighter than the full-fat versions we often use in recipes but still filling and full of nutrients.

“What did you do on Friday?” Oh, nothing. Just changed up my coconut milk routine. 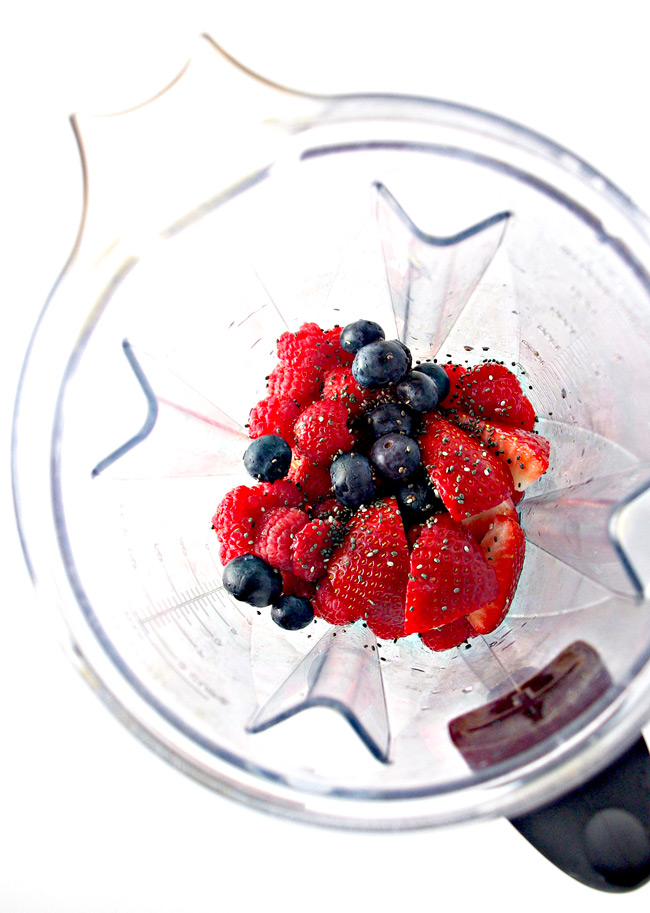 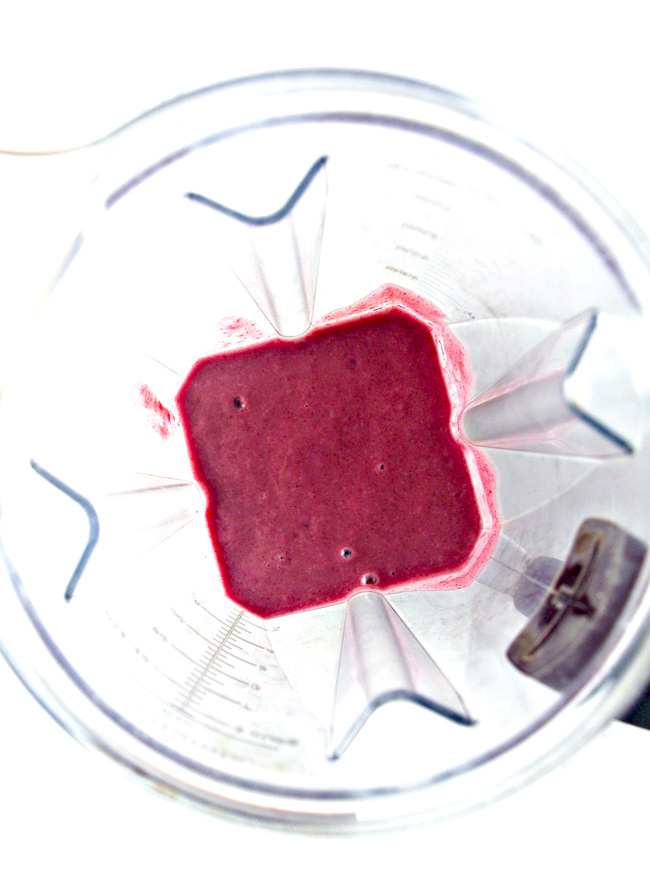 Can we just take a moment to salivate over that beautiful purple color? Dead. On. The. Floor. 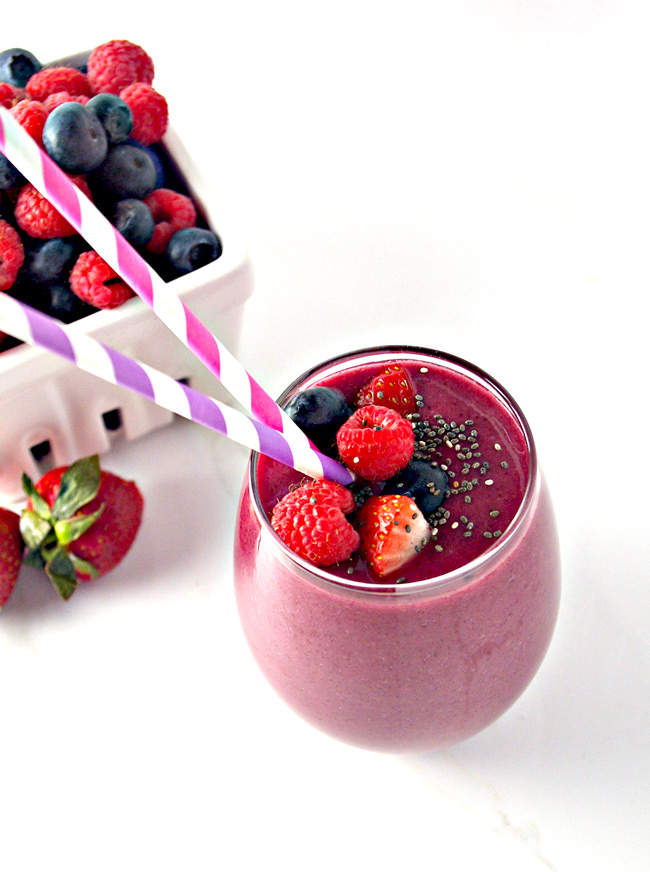 However you feel about dairy-free milk routines, pick a flavor you like and run with it. I also alternate between agave nectar for a vegan variation and 100% pure honey for a paleo variation. Depending on your palate and freshness of the fruit, you may not need any sweetener at all. And I almost always go two tablespoons of chia seeds.

Between you and me, I’m also wondering what this deliciously sweet and tart concoction would taste like as an adult beverage. Would rum be awesome they way it is in this Pineapple Mango Smoothie? It’s worth a look, you know, for “research purposes.” I’ll turn my kitchen into a science lab and find out. Once I do, you and K-Hubs will be the first to know!

But all of that is entirely up to YOU. The beauty of Triple Berry Power Smoothie and so many like it is YOUR power to customize the ingredients to your taste. Happy sipping! 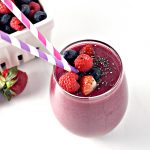