I cannot even with this Halloween get-up. But a series of errors has led to the evolution of a costume. One way or another, Toodle is going to be her foster elephant, Ishanga, for Halloween. And, fortunately, at this age she still has low expectations for what she should look like. This was the first attempt. Nailed it. 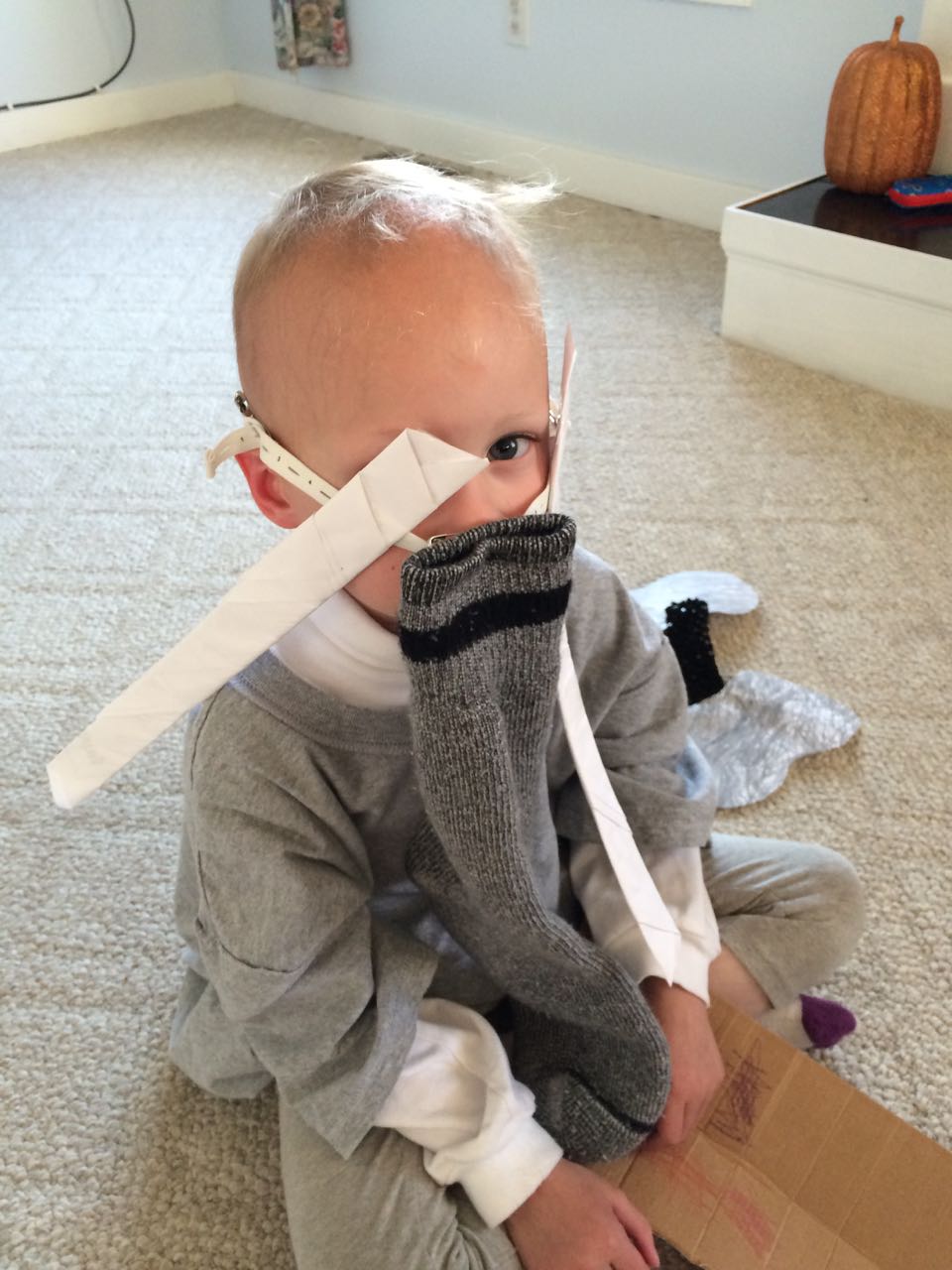 I was laughing so hard when I took this photo I couldn’t breathe. Omigosh, it was a throwback to my childhood and every time Mom tried to be mother of the year with some such project or another. It never panned out the way she wanted it to. Toodle’s costume definitely looked better in my head. Anyway, as I was laughing, Toodle was saying, “It’s okay, Mom. The costume is perfect.” Oh, bless your heart, dear one, because you can’t even see over your tusk. Yes, that is supposed to be a tusk. 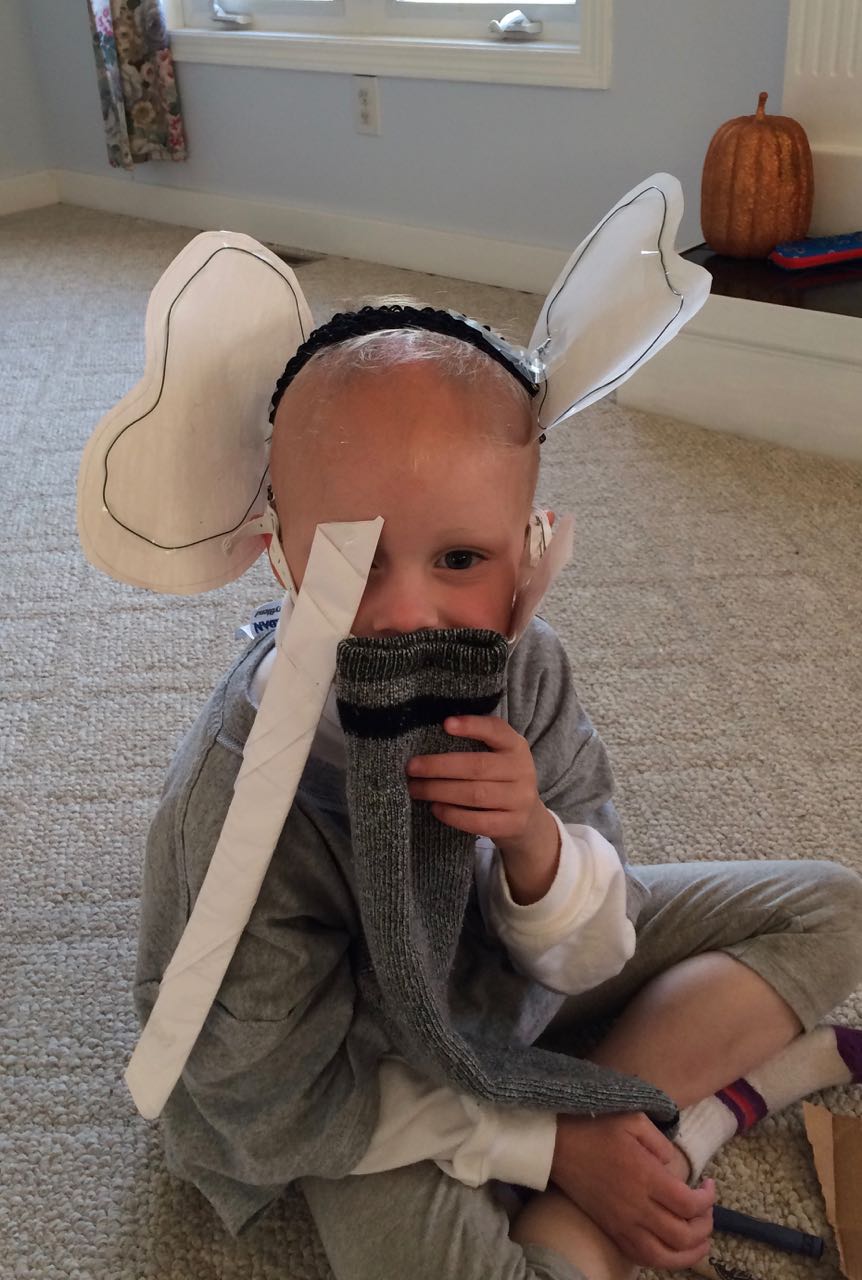 But then I remembered I was supposed to turn Twinkle into her foster elephant, Sities, as well. And I had bought two gray shirts, one for each girl, but erroneously in the same size. Twice. Yes, that’s correct. First I thought I had two shirts in Toodle’s size. So I went back and returned one to get a size for Twinkle. It was after I cut off the tags and washed the shirts that I realized I returned the wrong one and ended up with two shirts in Twinkle’s size. Thank heavens for old t-shirts and low expectations. Toodle is wearing an old t-shirt of mine and Twinkle now has two shirts to pick from. But, I decided to dismantle one of Twinkle’s two shirts and turned the sleeves into trunks for both girls. It felt a little wrong to rip apart a perfectly good shirt. But the thought of going to another store to get more supplies for these costumes left me feeling maniacal. I’m not a martyr. I never have been. Basically, every time Adam Levine starts singing, “If I got locked away, and we lost it all today, tell me honestly, would you still love me the same?” I always ask, well, Adam, hot as you are, WHAT EXACTLY DID YOU DO that you got locked away and we lost it all? True as toast. Every. Single. Time. That’s what I do. I mean, are we talking a life sentence for murder? Or just a few days in the gray bar motel to sleep one off? Big difference, Adam. I’m no martyr. Mama’s movin’ on. I finally got the tusks figured out. Smaller is better. Because sight is important. Also, the first round of tusks weighed more than Toodle. Also, low expectations remain critical for success. 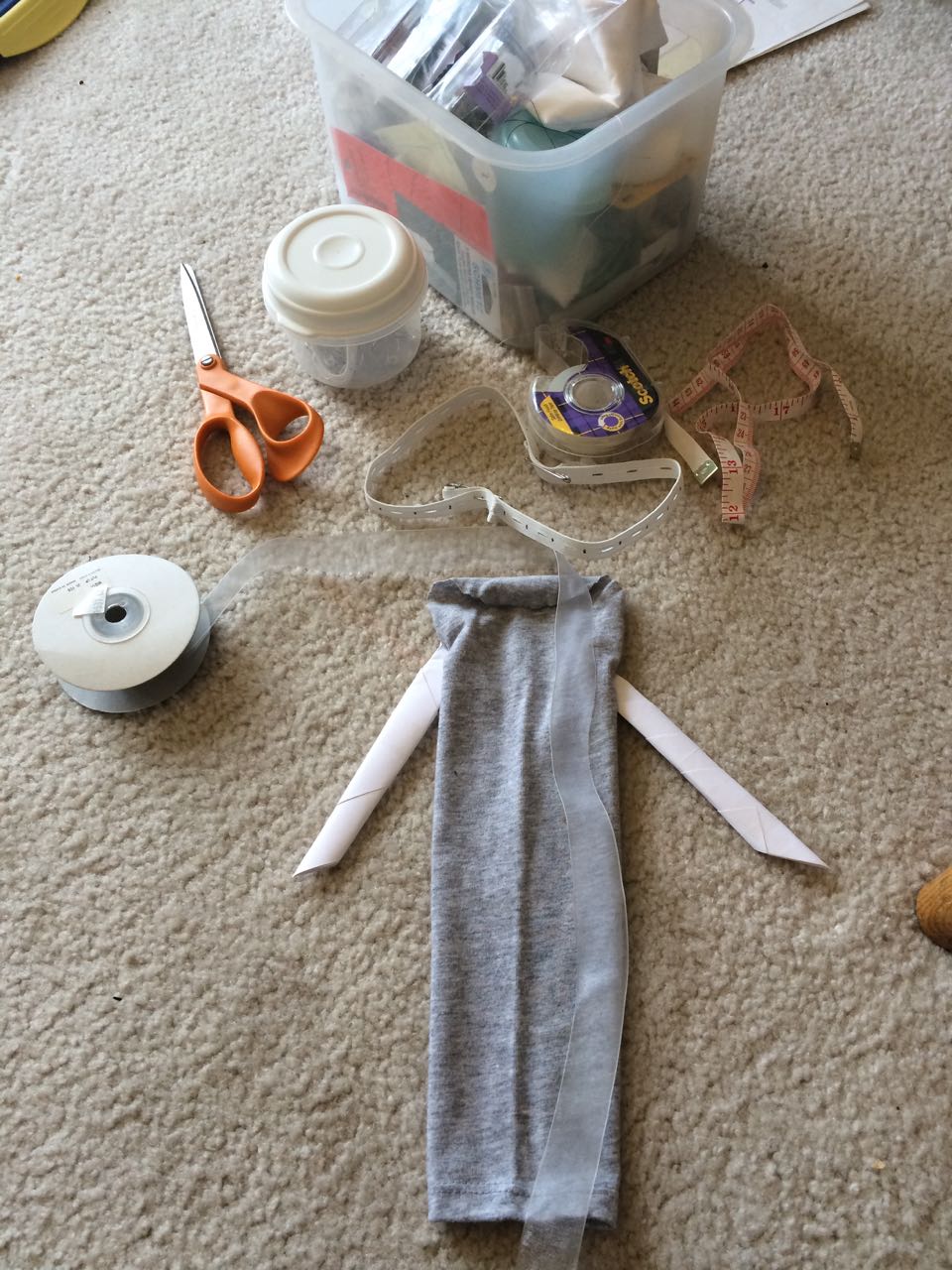 Do you know how many top designers have seen this picture and are calling, asking me to join their team? Oh, it’s endless. Just endless. They’re full of, “Hey, can you come over and rip the sleeves off our new line and turn them into trunks?” And I’m like, “Well, I’m eating a Kit Kat right now so….” Trick or treating with food allergies has proven to be easier than actually creating a costume. Probably because Toodle has developed her own little system that has worked very well for her. It started with a Fourth of July parade this past summer. She wanted to get all the candy, and I started to get nervous about that until a friend said, “Let her get the candy. The ‘getting’ is the fun part.” How true for Toodle. She just wanted to experience the conquest of sugary goodness even if she never got to eat her spoils. A bonus dad who was helping his kids get candy, and whose wife also had alopecia, ensured Toodle walked away with a boatload of goods. And instead of eating her candy, Toodle decided she wanted to simply smell them. Um, whose child are you because I don’t think I am genetically predisposed to only smell candy, and I don’t think your father is either. This kid. She has found aa system that works for her. And I think that’s because she still gets to be in control. No idea where she gets that personality trait. Instead of telling her she “can’t have” or “can’t eat” something, we have always told her her body simply wouldn’t like it, wouldn’t feel very happy. That has given her a sense of responsibility but also a sense of freedom. She gets to decide how she wants to treat her body. Truthfully, it’s a lesson for all of us. I have heard of parents who let their children trade in their candy for a toy or approved treat of their choice. I suspect Twinkle would love that approach. Other families look for houses with teal pumpkins, which denote allergy-friendly trick-or-treat options. The longer I have parented, the more I have come to believe there is no one way to handle anything in life. What works for one family may not be as successful for another family. But that doesn’t mean either family is doing it wrong. It means each of us is uniquely different. Like, maybe some of us are costume challenged while others sew amazing creations, worthy of a runway. 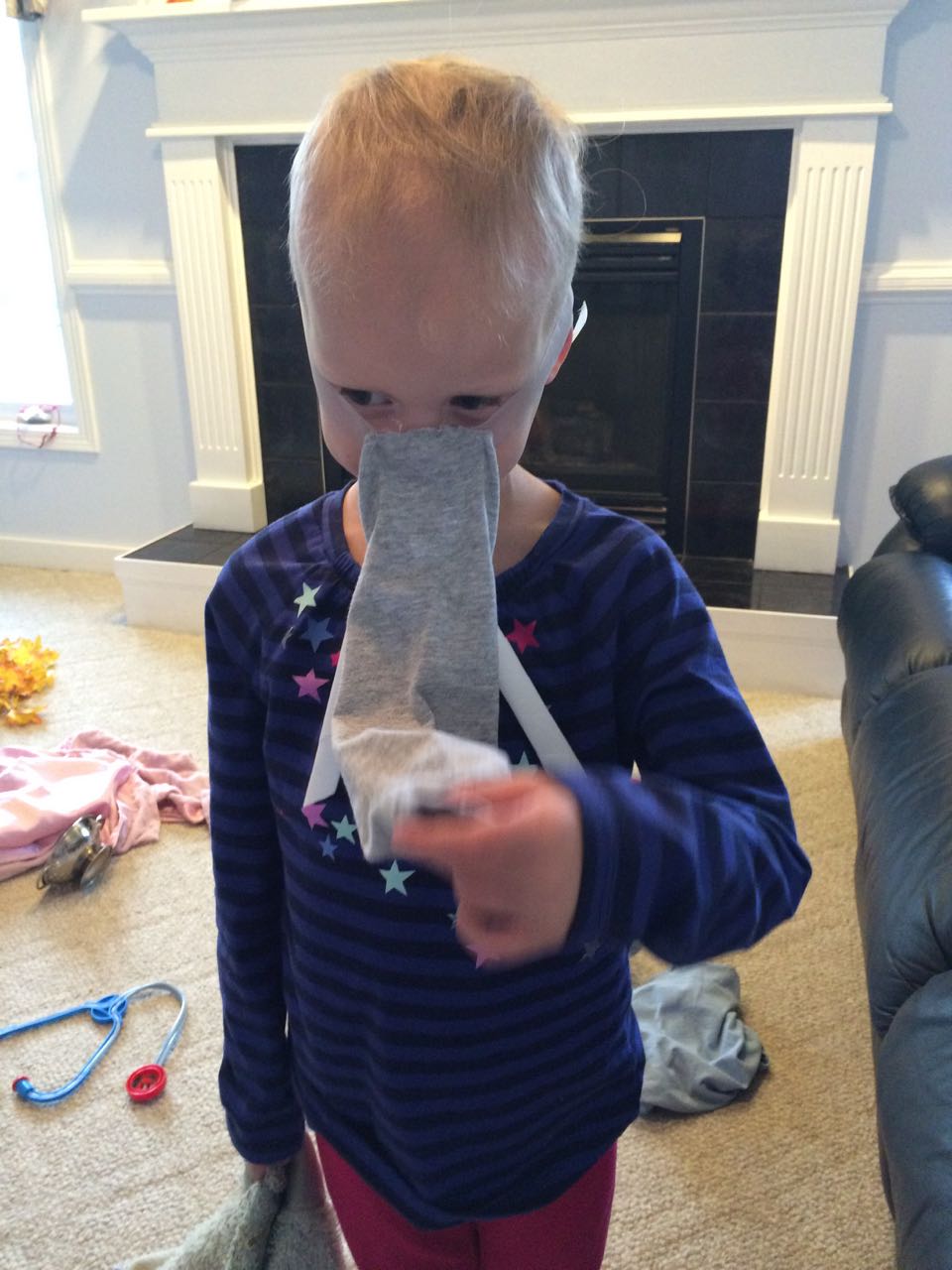 Do you think I could get her to pose with her entire costume? Not a chance. Although, for as many tries as it has taken to get to this point, I can’t say that I blame her.

I, for one, am good at other things. Like sneaking a piece of candy when the kids aren’t looking. Because, for the love, is it Halloween yet? I can hold out on the candy for only so long. It’s genetic.