Yesterday I shared what finally prompted us to visit a specialty clinic out of state. And today I’ll share what we learned. As a recap, we had Toodle tested for:

And possibly a few other things that were wrapped into the above tests. And oh boy, did we learn ALL THE THINGS. I cannot even with all that we learned.

But let me try.

It turns out that Toodle was pretty low on the vitamin D scale. Not technically deficient, but very low. She also had a bacterial infection and a slight excess of yeast overgrowth in her gut. She tested negative for the histamine intolerance. As for the histamine test, this had two implications. One, we didn’t have to pull more foods that are high in histamines, such as avocados and bananas. Thank goodness, too, because with all her food allergies, there would be nothing left for her to eat except chicken and tree bark.

Two, it meant her eczema was not caused by histamines, which led the dietician to think it may have been related to her bacterial infections and poor gut health. Essentially, her body was overrun with bad bacteria and not enough good bacteria. Although she was eating, it was as though her body was starved for nutrients.

What caused the poor gut health? In my non-medical opinion, probably a host of things, namely the steroids used in the past to treat her eczema as a baby and antibiotics used to treat her recurrent bouts of croup. Essentially, her body never had enough time to rebalance itself before she got sick again with an illness. Interestingly enough, in the scope of modern medicine, there would have been no reason to think she would have any long-term effects from having been sick as a child. The general consensus was she would outgrow these finicky illnesses. In fact, she didn’t get sick on a frequent basis. But when she did, it was bad. About every six months she would have some horrible virus, a bout of croup, or allergic reaction to something. She also never responded to regular antibiotics. Naturally, the doctors would up the ante with something stronger. We did the same thing whenever we worked with a new doctor. “Oh, yeah, the regular stuff? She dines’t respond to it. You have to give her the strong stuff.” None of us knew what we were doing. 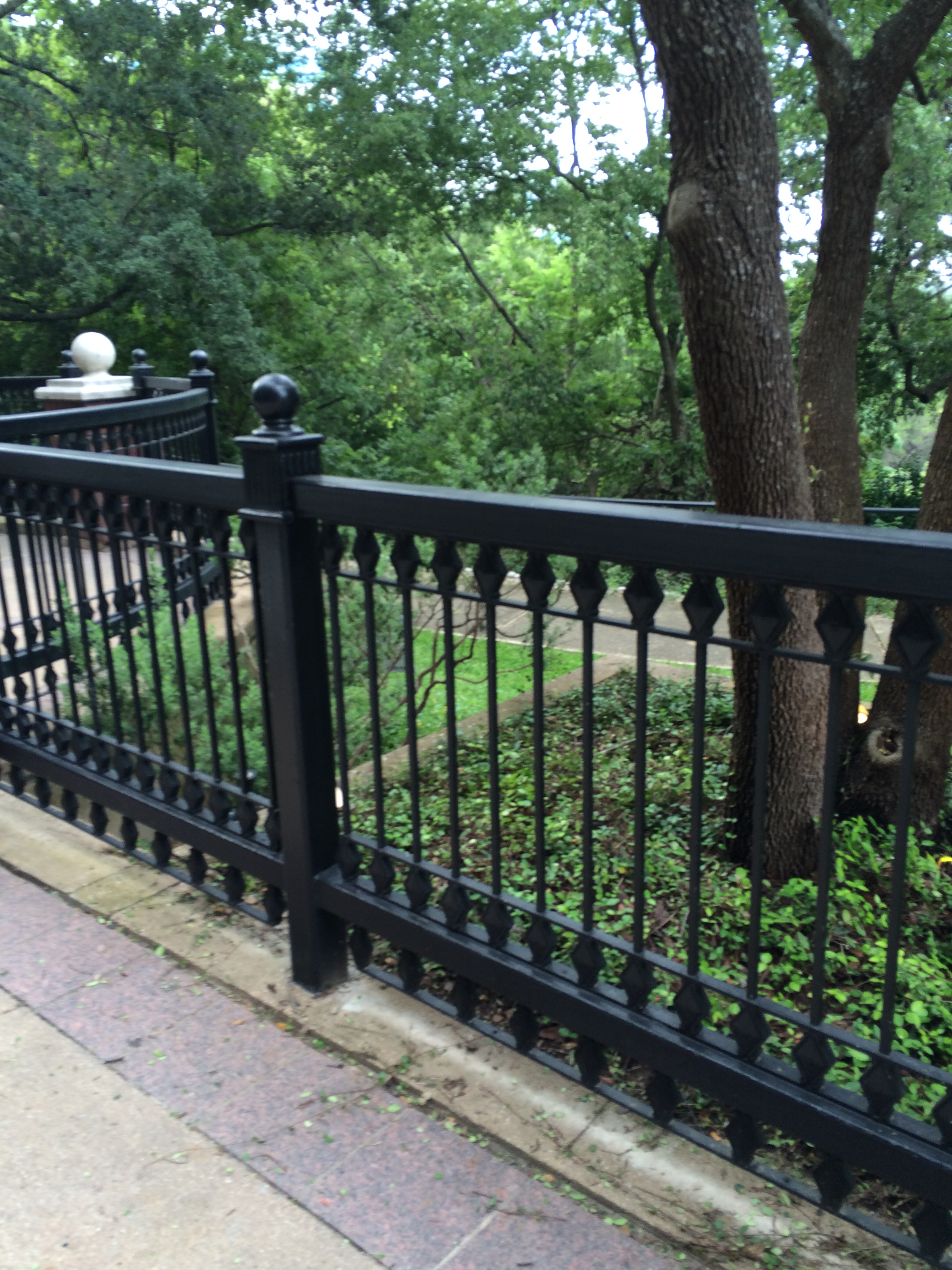 Just visit Austin for the scenery, if you can. This hotel was such a happy, peaceful place.

This has led me to believe most of us are probably walking around with some kind of autoimmune response/leaky gut, whether we have an autoimmune disease or not, that we don’t fully understand. For example, according to Dr. Amy Myers in her book The Autoimmune Solution, leaky gut is associated with obesity, ADD/ADHD, depression, anxiety, acid reflux, and eczema to name just a few (p. 7). How many people are walking around with leaky gut and a host of health problems, some minor, some severe, that could be corrected if they knew how to get to the root of the problem? Problems can start in early childhood, like they did for Toodle, or in high school, college, or any other time. I’ll revisit this soapbox in a minute.

Toodle also tested positive for the MTHFR genetic mutation. Her mutation is homozygous, meaning both K-Hubs and I have some form of the mutation ourselves and passed it to her. This one is fun times, let me tell you. While some people like K-Hubs and I can have the mutation and few to no negative side effects, others like Toodle can have it and a whole host of problems as a result. Interestingly enough, her version is quite rare, approximately 10-20% of the population have it. But more than 50% of the population can have some variation of it and never know it. Some people refer to the MTHFR mutation as the Monday/Thursday/Friday mutation. I can’t with that. In our house we have a slightly different nickname for it. Just sound out MTHFR quickly, as though you are playing Mad Gab, and add a “ck” sound in the middle of the F and the R. Did you do it? You now know what we call it. As Mom always used to say, “If you can’t laugh about it then what CAN you do?” So laugh we do.

And here is where I step on my soapbox again. The MTHFR genetic mutation is associated with the following health issues: addiction, Alzheimer’s, anxiety, autism, bipolar disorder, depression, fibromyalgia, heart attack, and the inability to expel toxins from the body. So when we hear the battles between going organic versus not or issues with plastics and other toxins, both sides may be right. For some people, these may never be issues. For others, it may be a bigger deal, especially if their body can’t expel what it doesn’t need. That toxicity can build up in the body to create a whole host of problems. It makes me wonder, again, how many people are walking around with this and don’t realize it. Or how many people are walking around with vitamin deficiencies that are contributing to their lower quality of life and even simple aches and pains. Or how many people, adults included, have some form of a food allergy/sensitivity and don’t know it.

Dr. Myers points out in her book, The Autoimmune Solution, that constant ear infections and acne can be associated with a milk allergy (p. 79-80). Who knew? I didn’t. She also points out that joint and muscle pain can be the result of inflammation either brought on by or treated with the foods we eat (p. 7). I fall in that category. My bursitis is null and void if I stick with whole foods. Again, who knew? Surely not me. I happily grew up on Hot Pockets, mac ’n cheese, and, if we were feeling particularly high brow, Tuna Helper. True as gluten-filled toast. This is one of many challenges doctors face daily, according to Dr. Myers. If five people come in to a doctor’s office with completely different ailments from an undetected MTHFR genetic mutation, for example, how on God’s green earth would the doctor know to test for that? If a moody child or a hyperactive child (K-Hubs and I have raised both) came into the clinic, how would a doctor know to check for vitamin deficiencies and food allergies? Treatments and prescriptions are created around symptoms, so unless the patient does his or her own research, often families get help for the symptom but no actual cure. 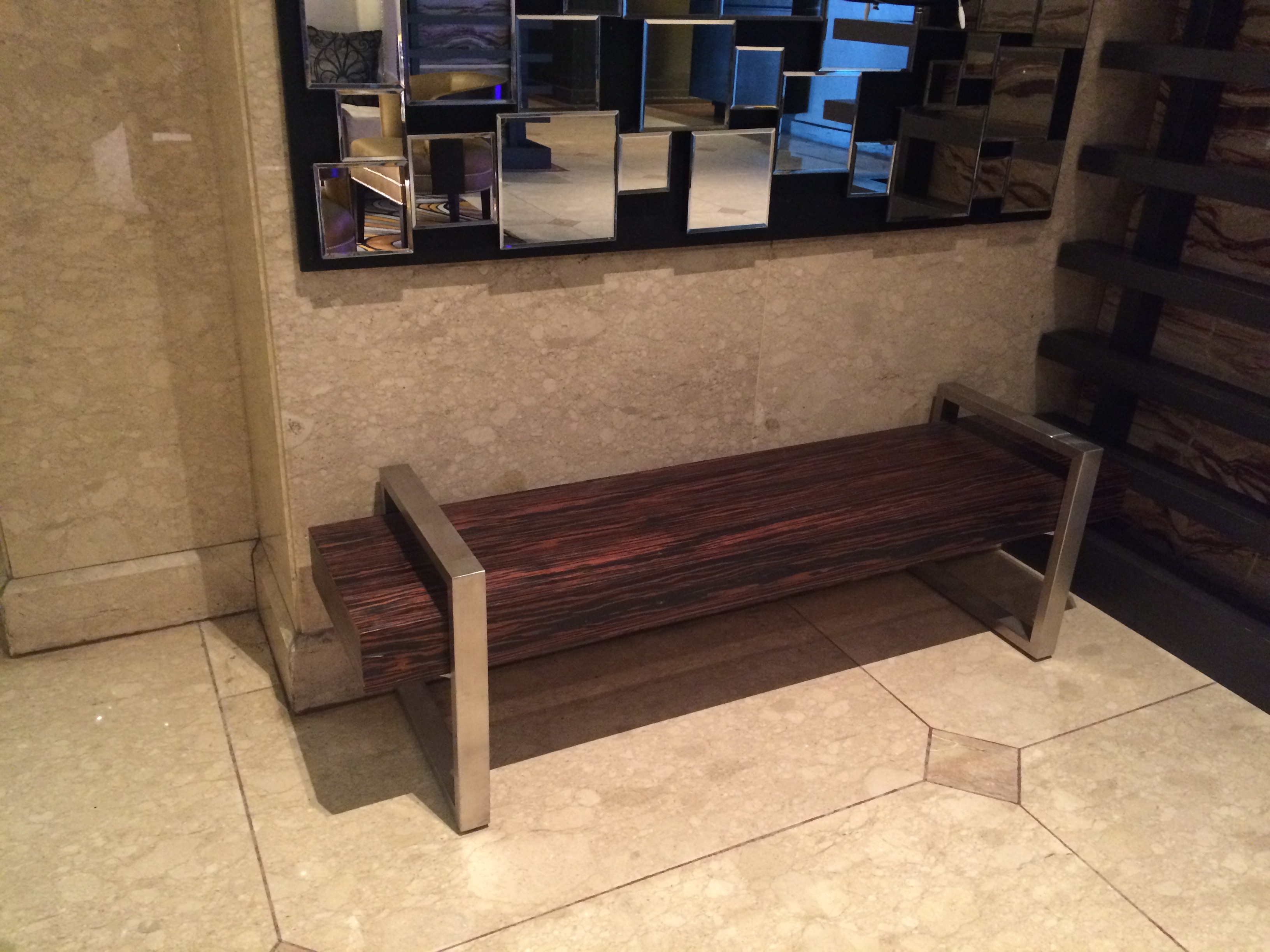 Me to K-Hubs while in the lobby of one of our hotels, “You could just go home and make that bench for me, right?” Oh, sure, I’ll just get right on it, was his standard reply. My request was perfectly reasonable, given that in the same situation, The Gram would have just said, “Okay! You create a distraction while I pull the bench toward the car and shove it in the trunk.”

So what are we doing about this? Let me tell you. But let me also disclaim that I AM NOT A DOCTOR NOR DO I PLAY ONE ON TV. These are my thoughts and not verified by any medical professional. Here’s the thing, not only should I disclose this, but it is also so important to know that even with similar symptoms people can have completely different underlying causes. Again, let’s revisit Toodle’s eczema. It was not the result of a histamine intolerance. It was mostly likely related to a starvation of good gut bacteria and an overgrowth of bad bacteria. Completely different problems.

If we revisit her alopecia, we can see that it may be the result of poor gut health and bacterial overgrowth. Her hair is growing in healthily but slowly, so only time will tell. For other alopecia sufferers, though, it could be the direct result of food allergies or toxic overload of some kind. That would explain why when I would “copy” a treatment plan suggested by another alopecia sufferer, Toodle never quite had the same success. Two people with alopecia can have completely different reasons for having alopecia. At least this is what has been true for us.

After meeting with the dietician and then bringing her recommendations back to our family physician, who agreed to be Toodle’s primary care physician, we now consume homemade bone broth each day, stronger probiotics and a more concentrated multivitamin (what she had been taking wasn’t strong enough), chewable enzymes to help her break down her food, omega oil, vitamin D drops, and a B complex vitamin. We also reintroduced five foods to her diet, with success. Now her allergy count is just nine foods, all of which are no-nos on her health plan anyway.

The change has been astounding. We have our girl back. To address her infections, she first took liquid caprylic acid (easily hidden in applesauce or a smoothie) to fend off the candida overgrowth in her gut and then took a very small dose of berberine for the bacterial infection. All of this was done under the care of medical professionals who calculated dosing, frequency, and duration. Our family physician has agreed to take on Toodle’s case so we don’t have to go to Texas every time we have a question. He is amazing, too. “Here’s what we’re going to do, Mom,” he said to me, “we are going to stop treating everything with steroids and antibiotics. They have their place but have done more harm than good in this particular case. We are going to take it slowly when she does get sick so we can decide what treatment is best for her. And we’re going to find her a lifestyle that supports HER. It’s so cool, Mom, that you found this clinic in Austin and sought more answers.” Wow. That’s a far cry from the dermatologist who yelled at me for pulling gluten and dairy out of Toodle’s diet. We now have a supportive medical “team.” Takes a load off my back. But more importantly, we have our little girl back. Seriously, this kid just amazes us.