After all the appointments and labs and testing and we did manage to live it up in Austin and Waco. Because as Toodle said, “Mom, let’s jump into the fun!” Agreed. And so we did. 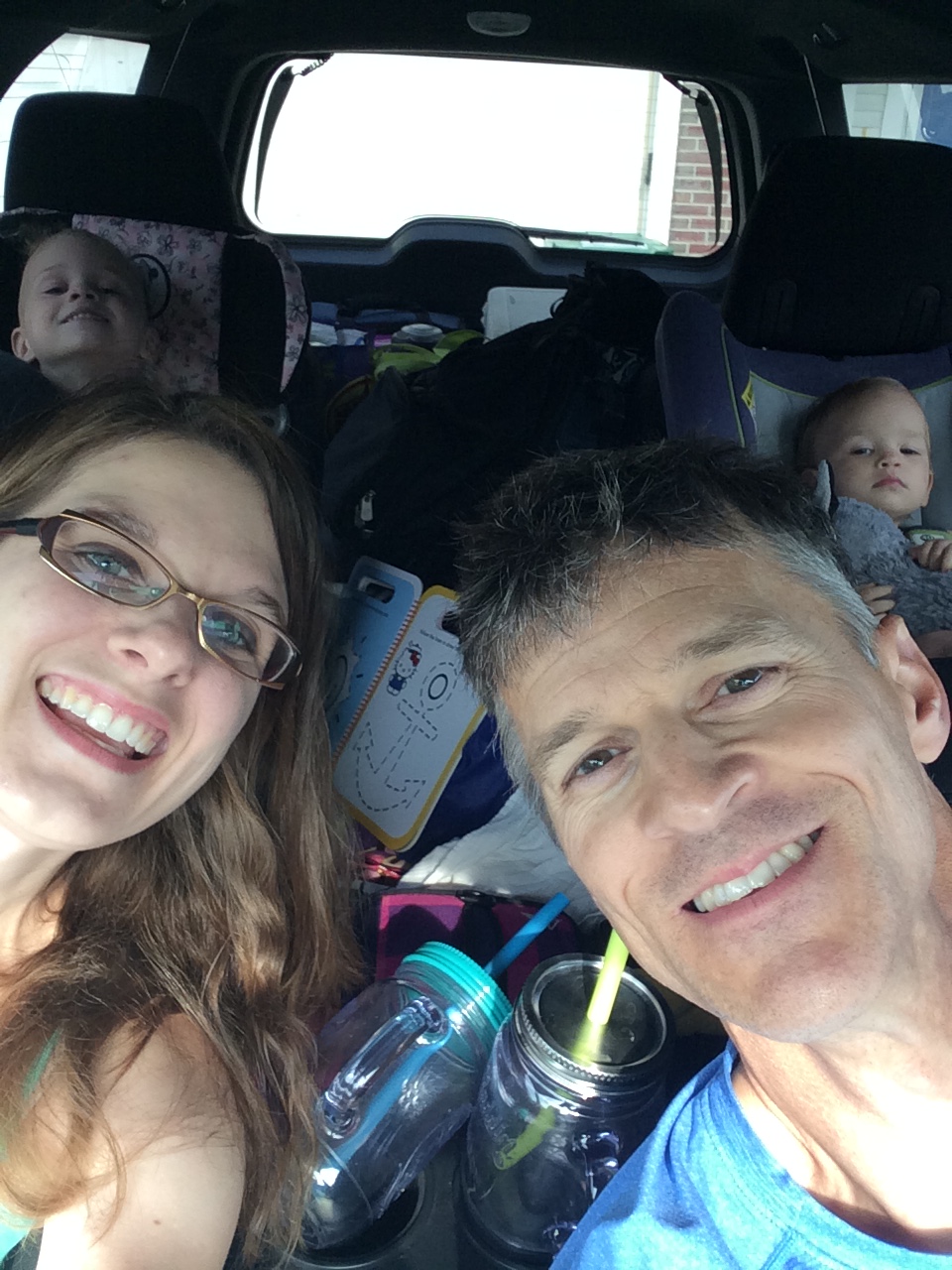 So did we stalk Chip and Joanna Gaines from Fixer Upper? That’s the big question. And for an answer, I mean, define “stalk.” Actually, don’t do that because I’ll probably end up on some list somewhere. Ope, too late. I’m already on it. So, if we define “stalk” as going to the market and perhaps craning our necks to see if they were there, then, yes, we totally stalked them. But, alas, they were not there. The stop wasn’t a total waste, however. The store was beautiful. And I know they have the big silos now, but I gotta say I’m happy we saw the original location, where it all began. 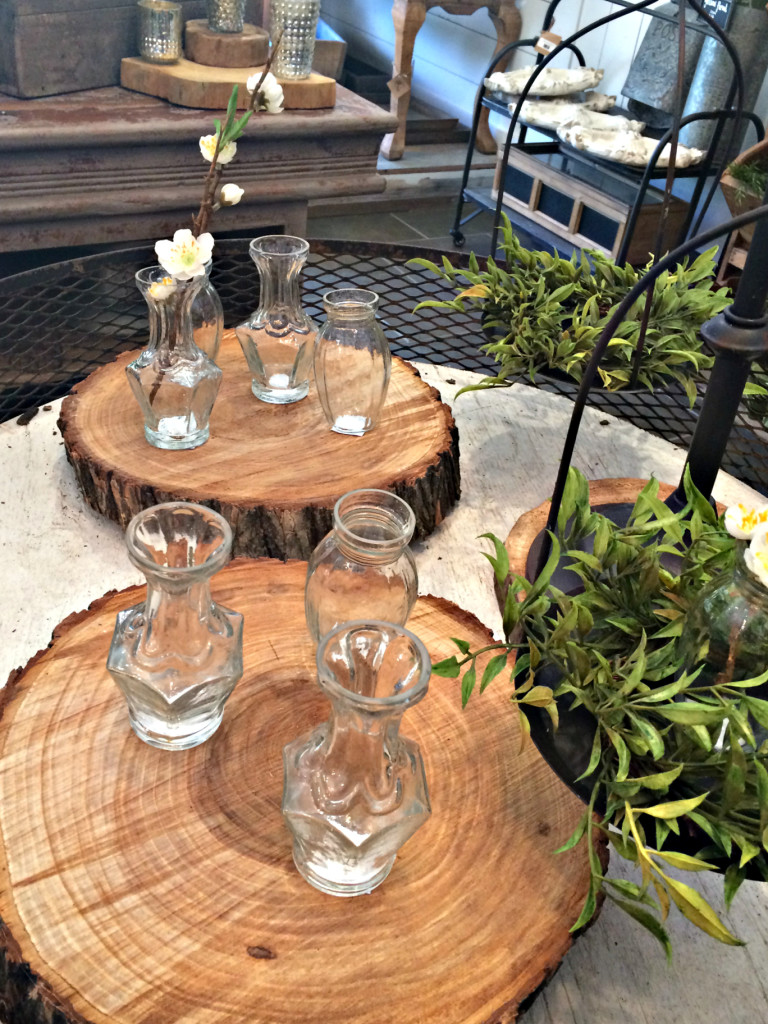 “K-Hubs” did a lot of shopping. He wanted to see all the things, and “he” bought an inordinate amount of home decor. 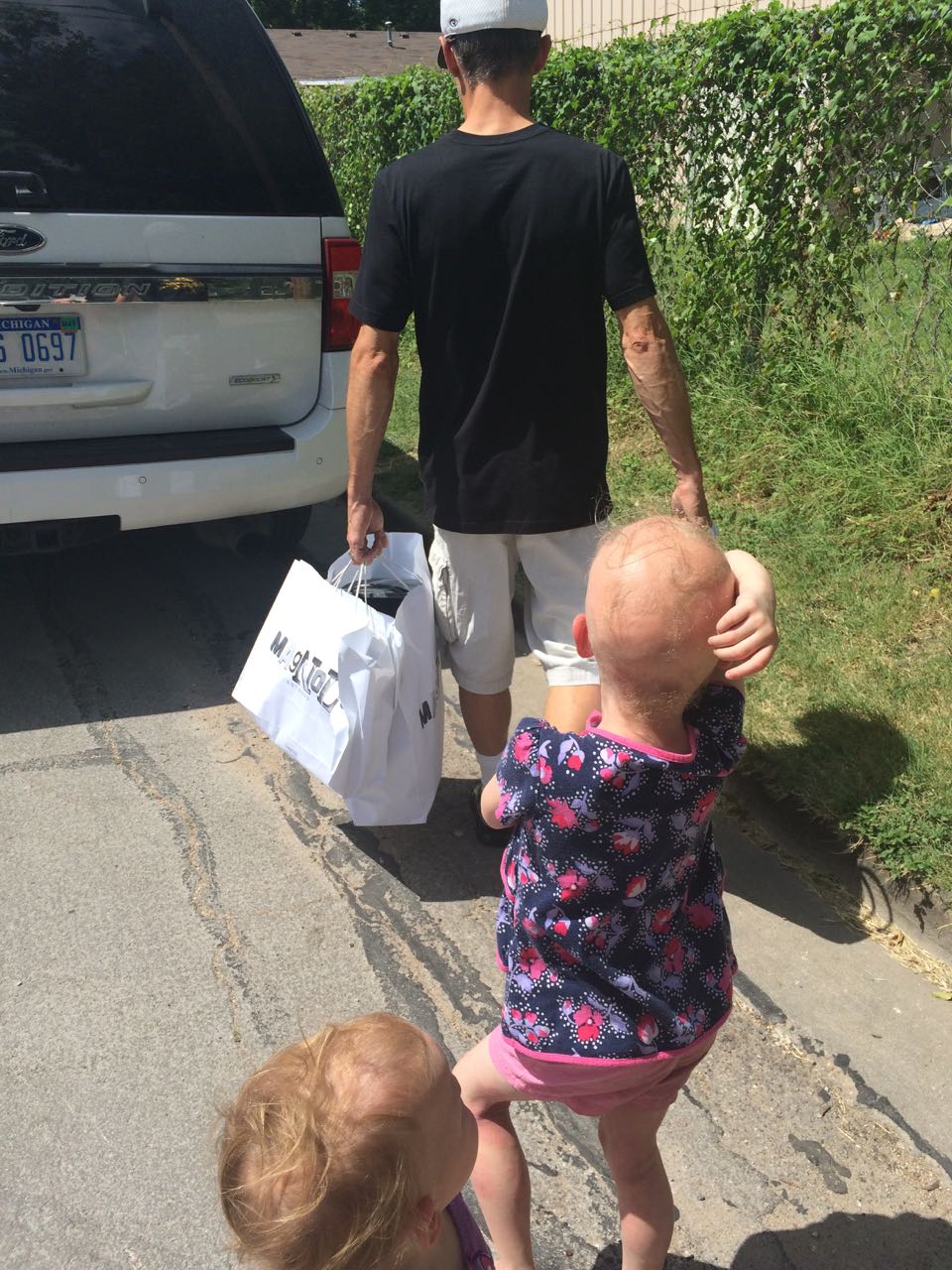 I cannot even with how adorable and peaceful and relaxing and happy and BUSY that store was. 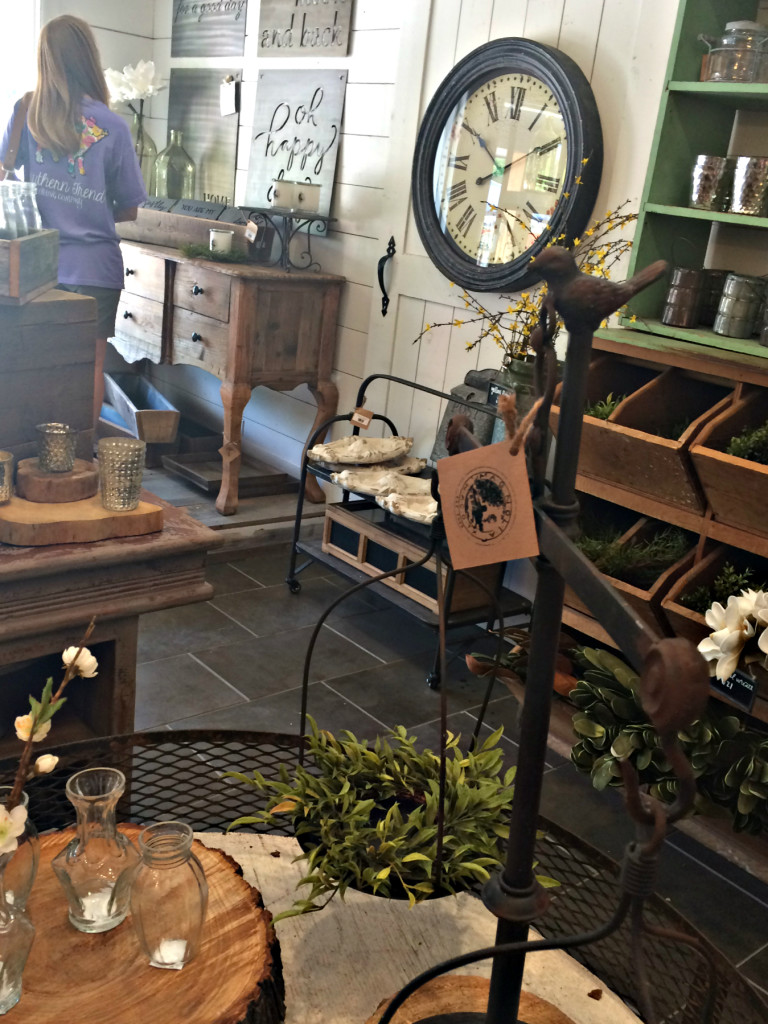 I also love that K-Hubs took a picture of his ladies under the word “unexpected.” This photo op, he said, was totally planned because as far as his life went, the girls and I were not. Getting married and having children were completely unexpected. In fact, by the time we met, he had moved on from the idea of ever having a wife and children. 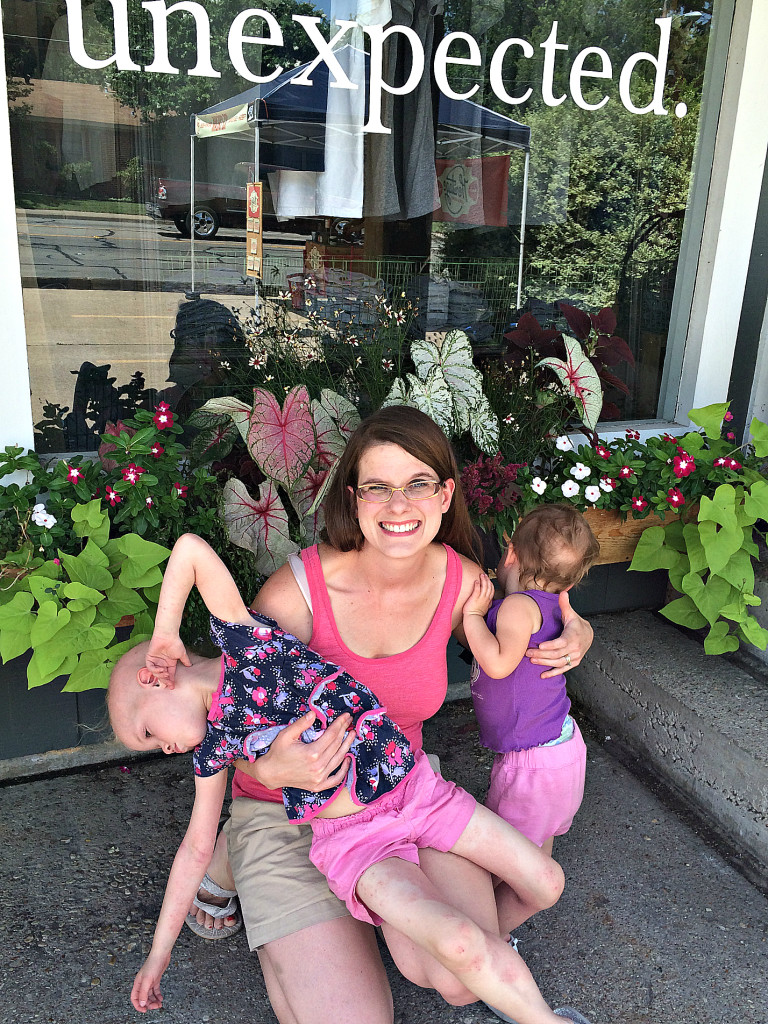 So there you have it. The girls and I were a “surprise.” Back to unstalking. Okay, so, many people. Lots of crowding. So much to see. One of the amazing sales associates totally played with the girls so “K-Hubs” could shop. Thank heavens because “K-Hubs” wanted to look at all the things a few times over. We didn’t come away empty-handed. Please also notice my amazing photography skills. 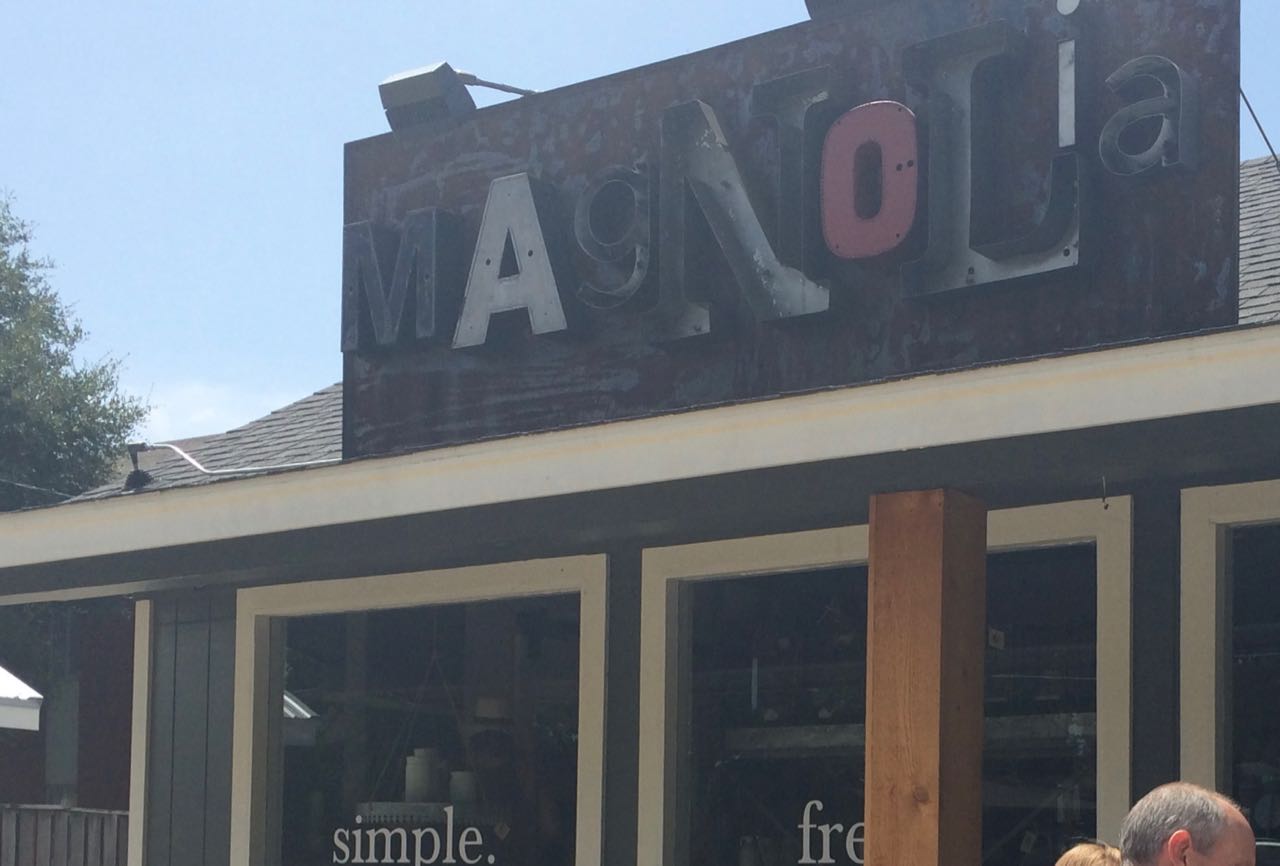 We did get the skinny on what happens behind the scenes. For example, Chip is more likely to visit the store than Joanna, who is typically busy holding down the homefront. I believe they were filming while we were there, so neither Chip nor Joanna was in the store. One employee actually looked a little like Joanna, so I kept seeing her thinking, oh! There she is. Nope. Same employee. Still not Joanna. What about prices? Well, “K-Hubs” scored some pretty sweet deals. Prices were totally reasonable. We also stayed in nice hotels, especially in Austin. Although, I mean, honestly, who even cares about our hotels when we can talk Fixer Upper. But just so you know, Austin rocks some pretty amazing accommodations. 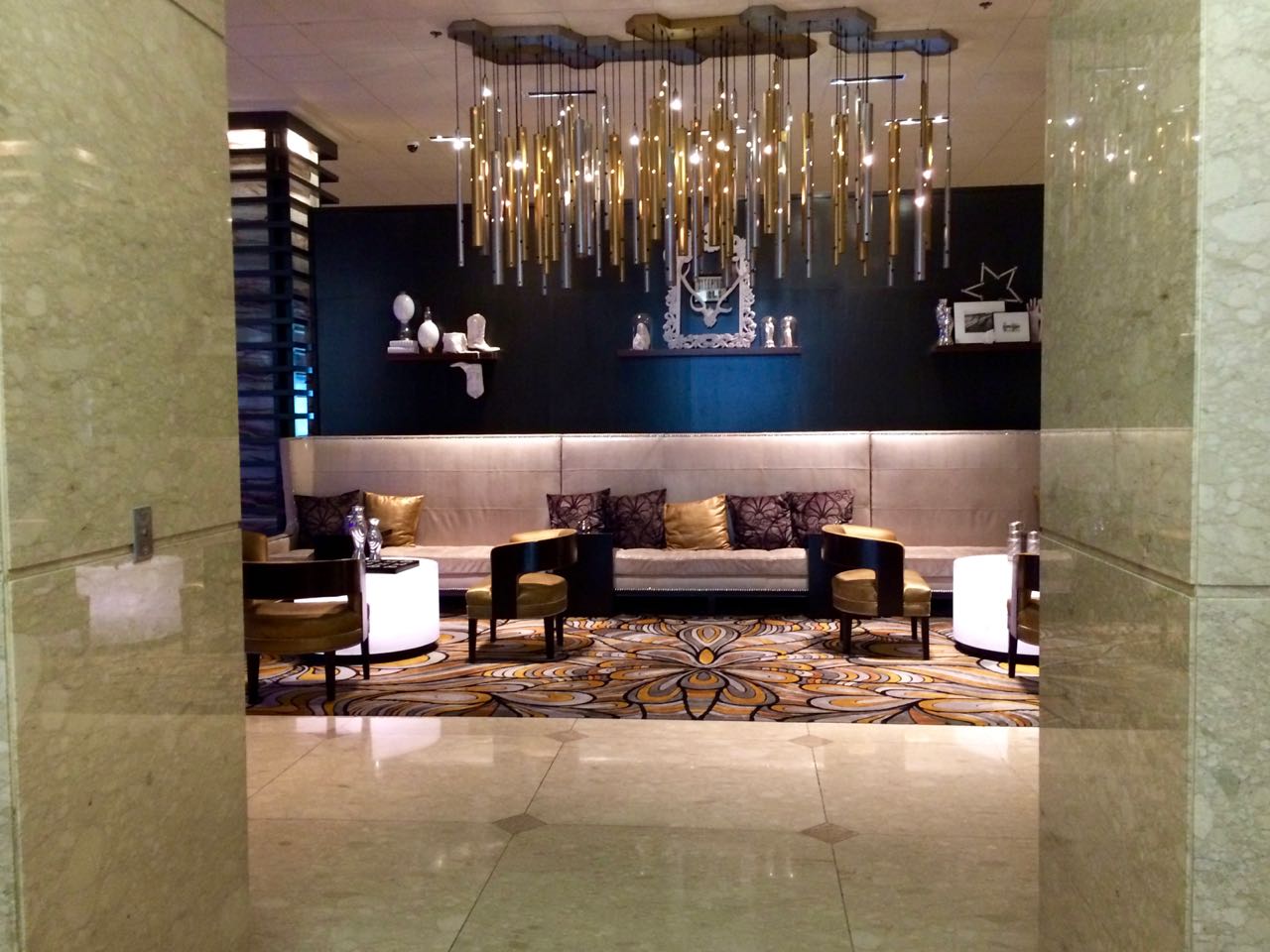 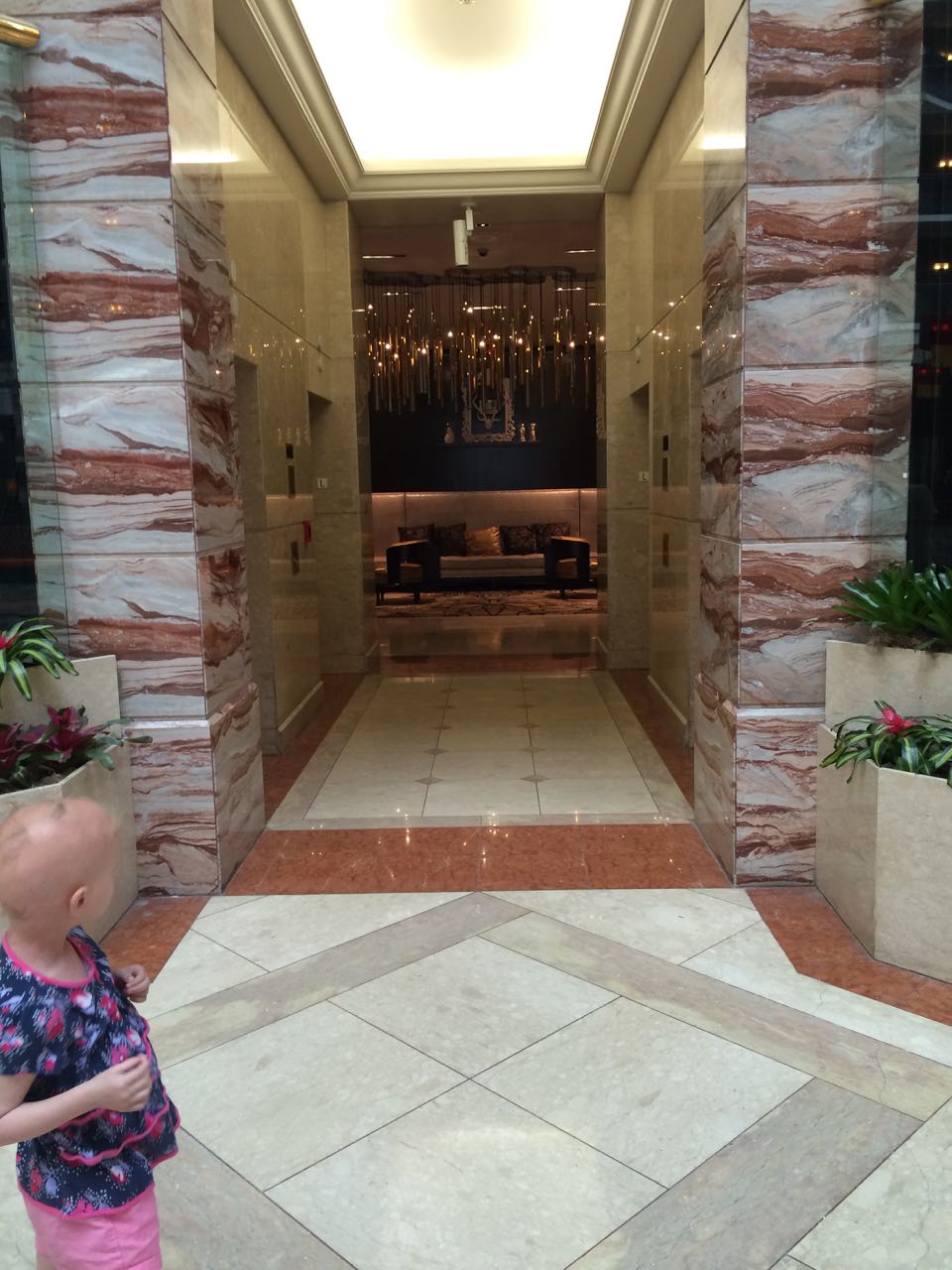 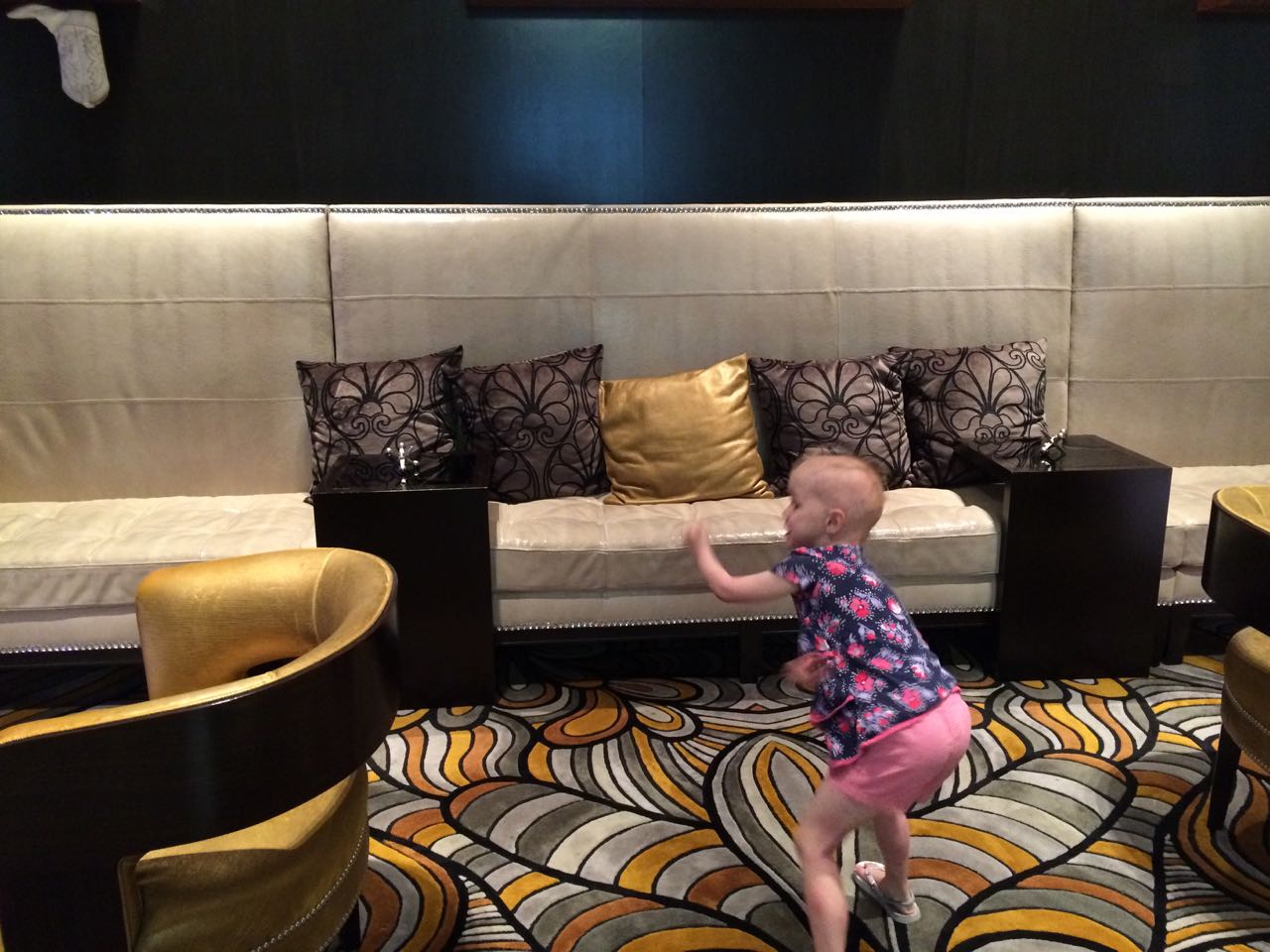 And then we dined out for the first time since starting this new lifestyle. Whole Foods in Austin is like Grand Central Station. Place was huge. Okay, but this is the amazing part. I went to the meat counter, and still learning how to order for Toodle, I told the guy I wanted chicken or turkey with as few ingredients as possible. He said he had one in back but it wasn’t prepared and ready to be sold. Okay, I said, no worries. And then there was another kind right there. It had a few more ingredients. I said it would probably do for us. So I bought it. 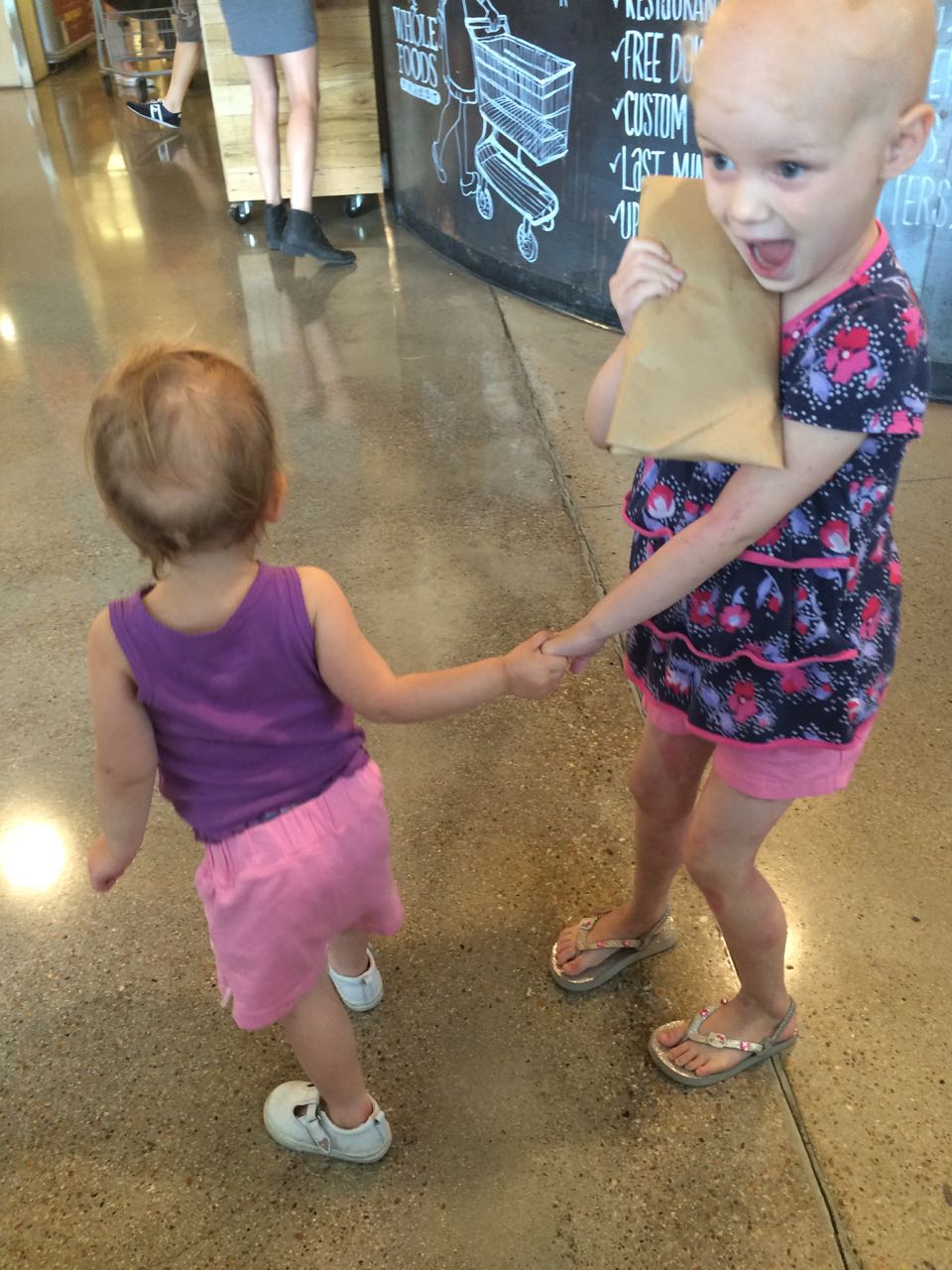 As we moved around the salad bar, filling containers with fruits and veggies, this same guy came over to us, invited us back to the meat counter and pulled out the turkey from the back, had it prepped, and then gave us a sample. “I just think you’ll like this one better, and it will meet your dietary needs better.” Holy cow. So then he took back the inferior meat we had just gotten and gave us the new stuff. Then he said, “I am going off shift, and I get to wow people, but I haven’t wowed anyone today. How about I wow you by giving you another package of this turkey for free?” Wow, in-freaking-deed. We got two pounds of meat for the price of one. Someone check my pulse. 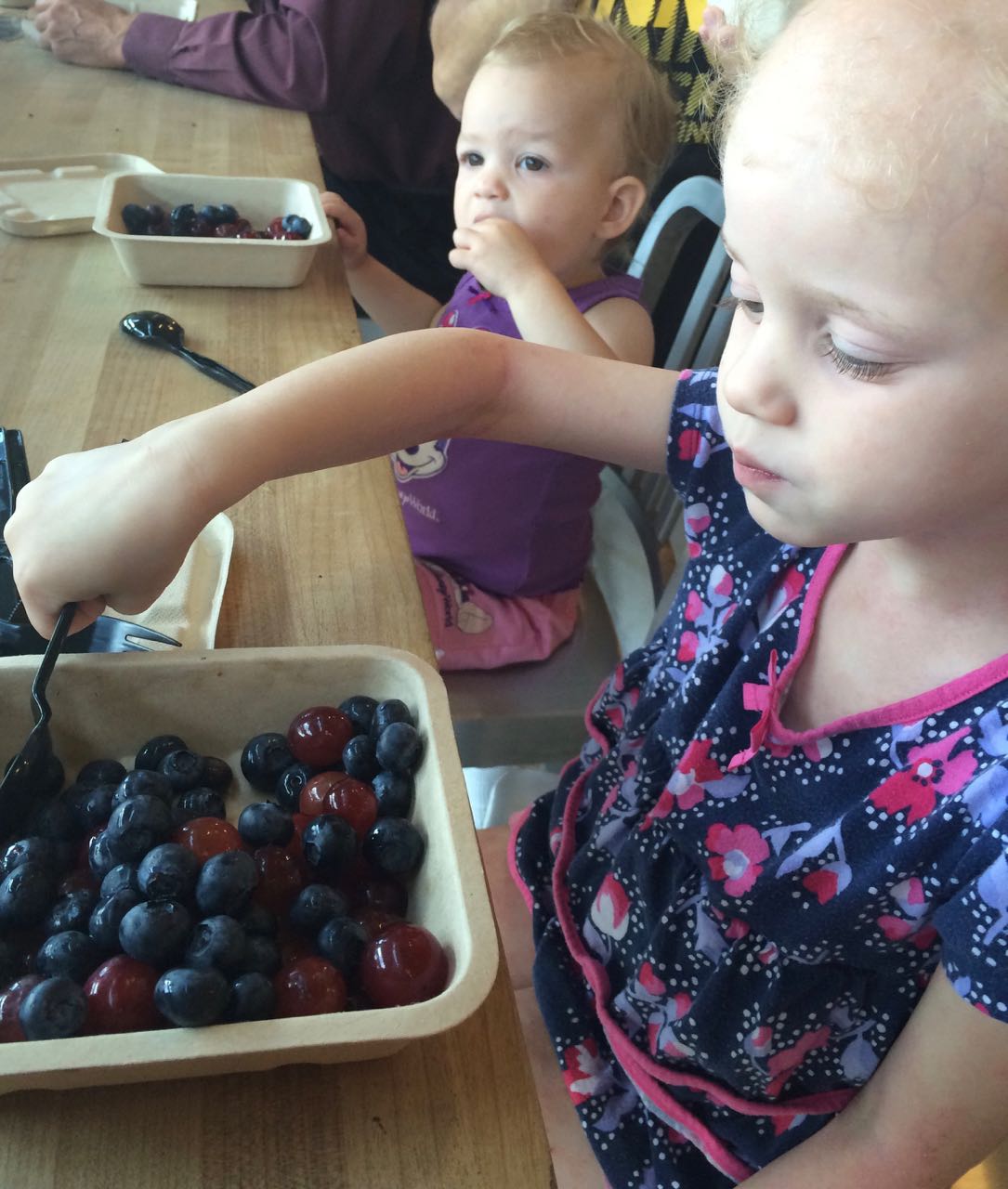 Guys, if you ever get a chance, dine at Whole Foods in Austin, Texas. It’s a madhouse. But it won’t disappoint. Seriously, the girls thought it was Times Square. Their heads were exploding, what with the fancy hotels, amazing Magnolia Market, and Whole Foods. And this has nothing to do with anything I have written so far, but on the way down, we hit crazy cold weather. During one lunch at a truck stop, the girls and I plopped ourselves in the back of the rented tank while K-Hubs sat out in the cold, in July, and ate his avocado chicken like the good husband and father he is. And this would be why we love K-Hubs. 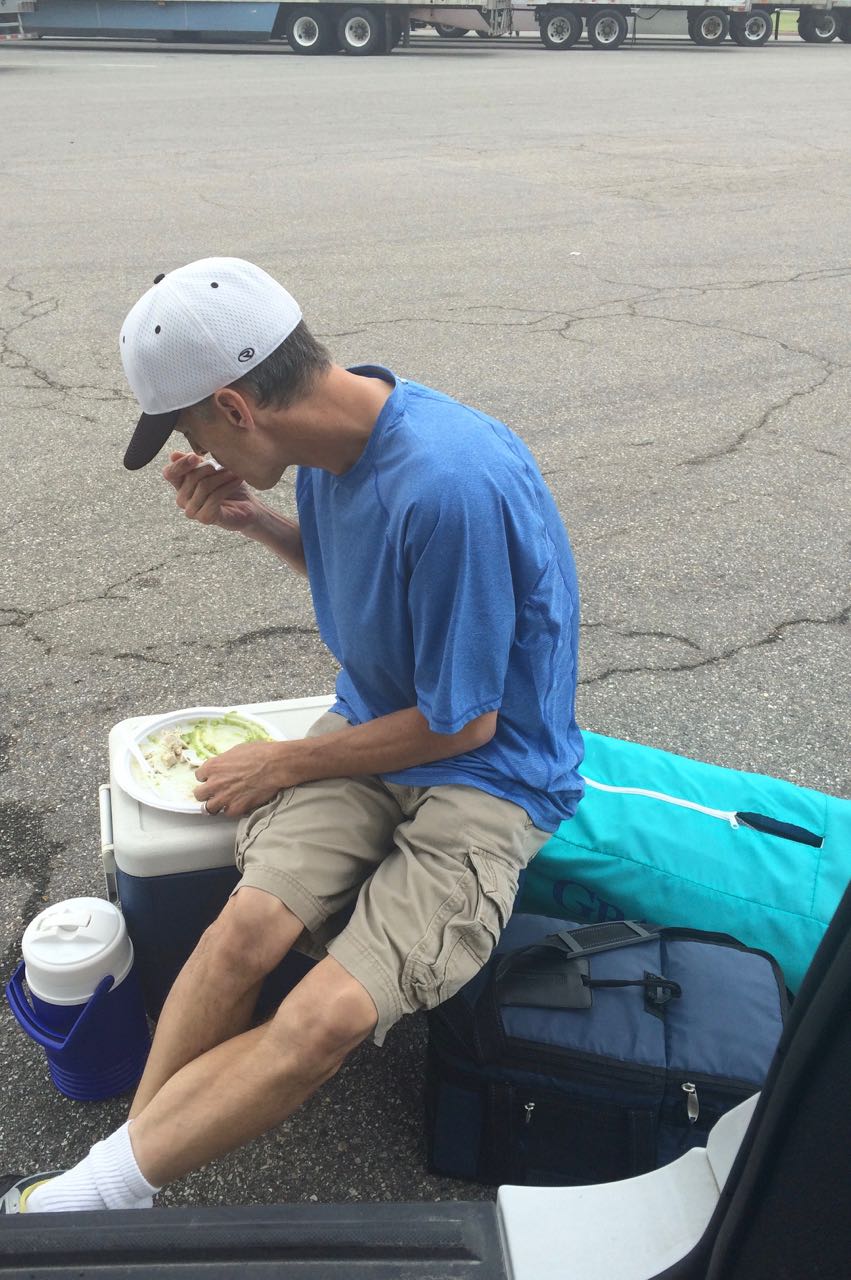