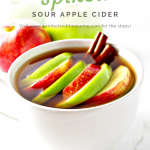 Spiked Sour Apple Cider is where it’s at this holiday season. Vegan + paleo options, just a handful of ingredients. Throw everything into the crockpot and forget about it! 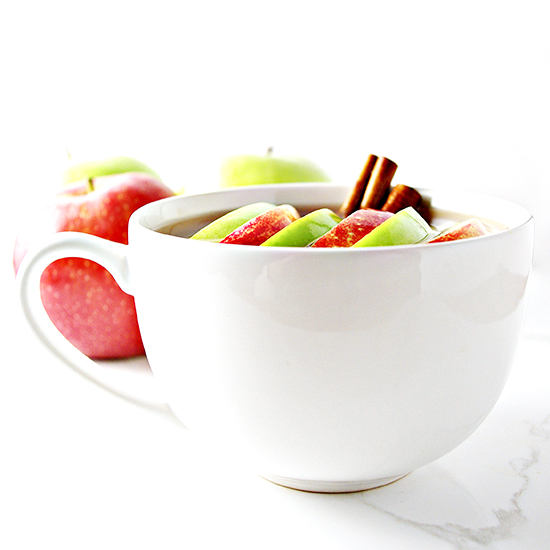 Okay, do tell. Are the holidays with your family the kind of sheer craziness that is downright enjoyable or the kind of sheer craziness where you cannot even with the idea? Or maybe a little bit of both? Or maybe each one at different times? That last one seems to be the way of life. A little bit of each at one time or another. True confession, the Spirited family is, in a word, zany. We have clipped fake earrings to our nostrils, exchanged gifts that spent decades in the basement, and declared the Christmas menu could only contain appetizers.

Big deal on that last one, right?

Except that year was the year we HAD THE MOST FOOD EVER. We ran out of table space. Everyone brought approximately 5 appetizers. The Spiriteds take their appetizers seriously. It was so over-the-top ridiculous we never quite did it again that way. Since then, we have imposed limits via the honor system.

However, no matter the “season” your family is in this holiday go-round, cinnamon, allspice, sour apples (with a few sweet Jonagolds thrown in for good measure), and RUM have your back in today’s recipe. Oh, and it doesn’t require a lot of table space.

Yes, we just did an apple cider recipe on the blog, but, if you haven’t guessed already, this one is exclusively for the adults. And, really, why not? While the kids are forking through their loot this holiday season, you can sit back and sip this slowly (or knock it back if bickering unfolds about whose Chex Mix recipe is better – a double shot if family members start hiding each other’s batches in an effort to make theirs the winner). 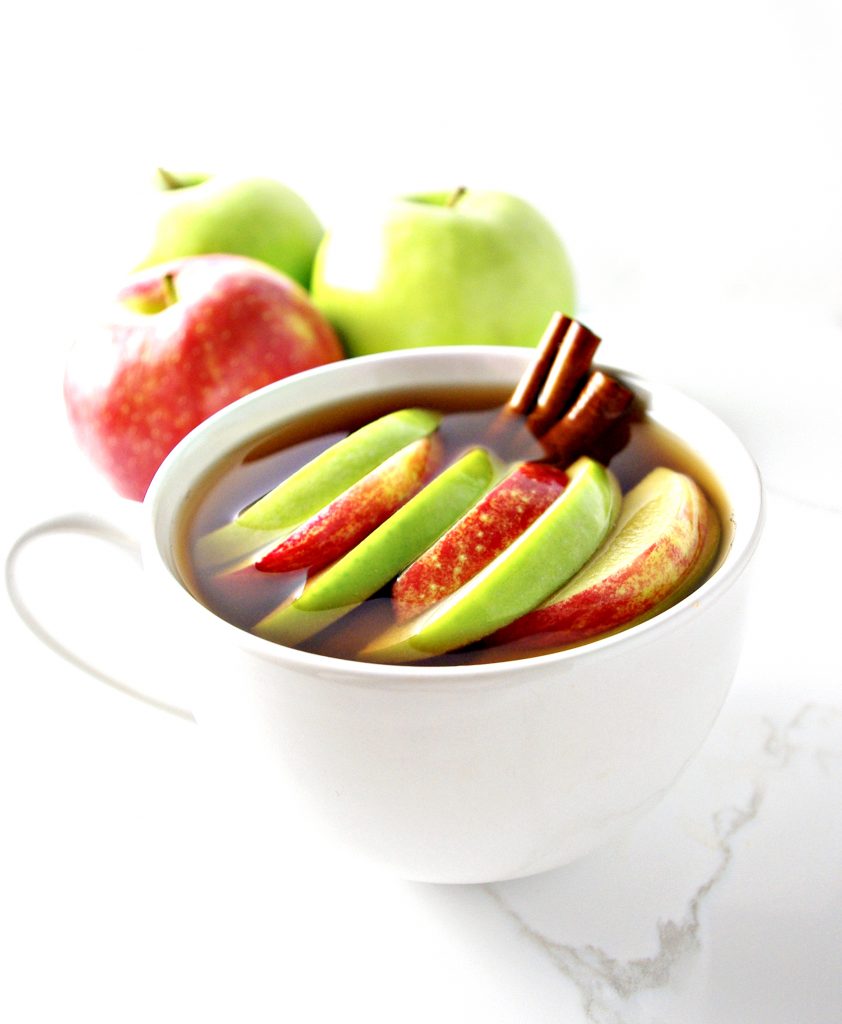 Why this Spiked Sour Apple Cider? Because rum. But also because it’s made in a crockpot, yields a large amount (helpful if that Chex Mix bickering turns into a marathon of whose petty has the most endurance), and spices. Oh, those spices. There is something about cinnamon and allspice from about mid-September through January that makes fall feel like fall and the transition into winter a little easier.

Thus, I see no reason to hold back. It’s also possible I may have a slight crush on cinnamon and allspice. I don’t even try to contain this double crush. There is no hiding what is good. I wear it on my sleeve like the proud starstruck spice girlfriend that I am. If you are starstruck as well, then this is your recipe.

But let us not limit ourselves to just the family holidays. Parties, movie night in, because you want to finish that book on your nightstand, and because your tastebuds will go wild are all legit reasons to make a batch. Sweet and sour apples soaked with spices do that to a person.

As for preparing this mug of deliciousness, I have made cider using stockpots and crockpots. So what’s my favorite method? Crockpot all the way. Stockpots make me feel mature. But crockpots are lower maintenance. As in, I threw the ingredients together in the crockpot and literally forgot about it. I ended up cooking this for almost 24 hours, and it was the tastiest oversight I have experienced to date. 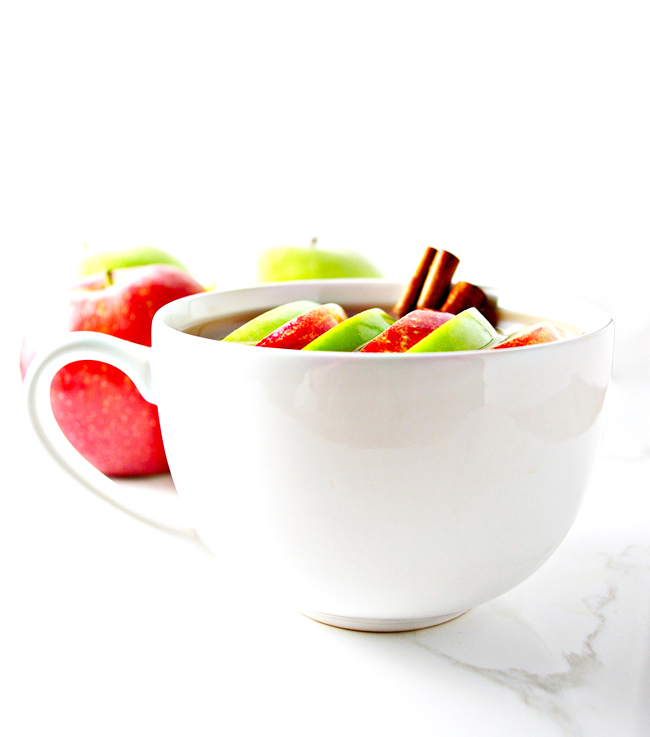 Crack the window, feel the breeze, and savor this Spiked Sour Apple Cider sip by sip. 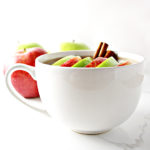 I like to add 2 tbsp for every 8 ounces, and I add it AFTER heating the cider. This ratio keeps the spices front and center while also letting the rum do its thing.

« On-the-Go Strawberry Breakfast Smoothie
What is Happening in Urbandale and Des Moines, Iowa »