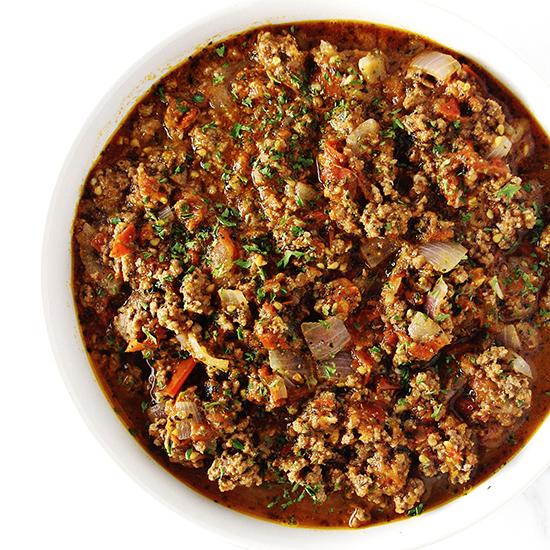 This Paleo Spaghetti Sauce might be one of my favorite recipes ever!!!! Now modified to fit a paleo diet, I have loved this recipe, or some version of it, ever since I discovered it in the cookbook I received from my cousin 15 years ago when K-Hubs and I married. Honestly, this recipe served us well when K-Hubs and I had two pans and four dishes to our name. Homemade spaghetti sauce was how we lived large, celebrated our birthdays, and generally attempted to act like adults who knew what they were doing.

If you’re going to fake it ‘til you make it, then you might as well do it with a fully, happy belly.

Fast-forward a decade and a half, and this tried-and-true recipe is back with a paleo makeover! K-Hubs and I got a little giddy when the sauce bubbled in the pan and the familiar scents of the oregano, basil, and parsley crescendoed throughout the house. Toodle and Twinkle absolutely did not care about our olfactory trip down memory lane, but they did care about the present day final product.

Because this Paleo Spaghetti Sauce is LIT, and the girls now love it as much as we do. 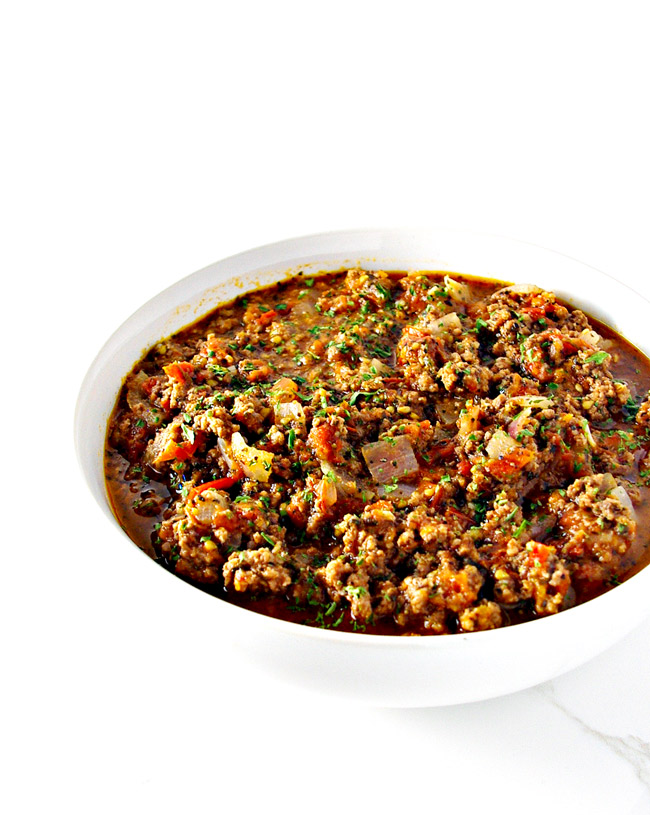 To make it paleo-friendly, we stayed away from canned sauces and tomatoes. While I have used those before in recipes like Sun-Dried Tomato Chicken Soup, I wanted to see if I could modernize my beloved recipe without using anything from a can. 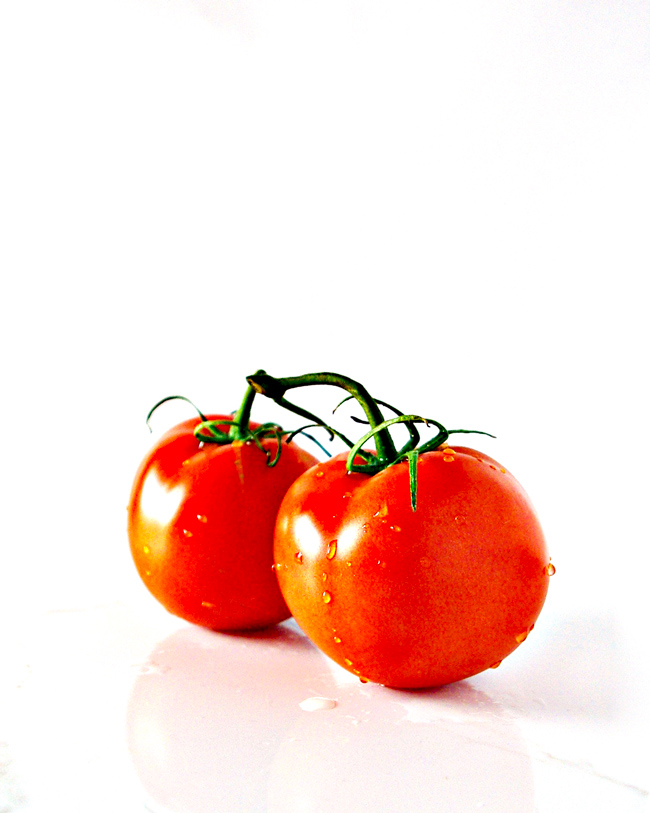 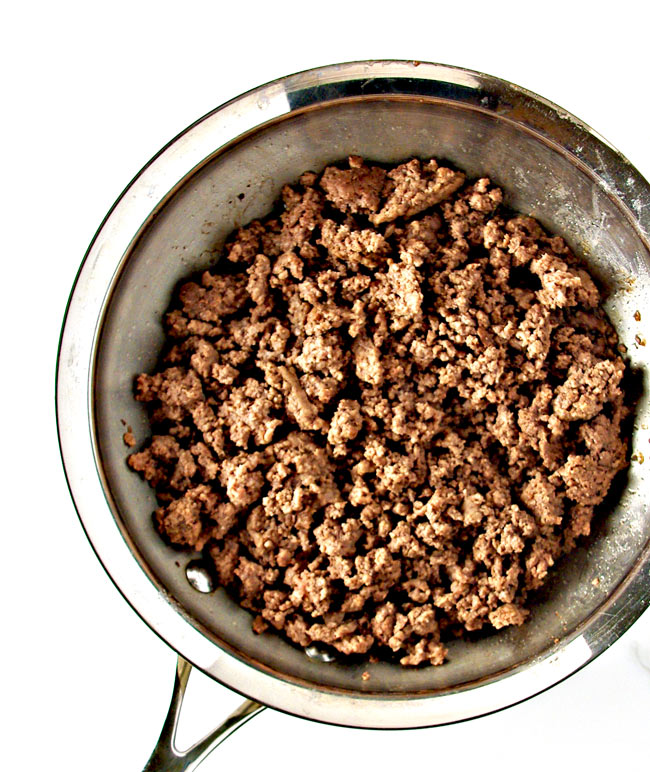 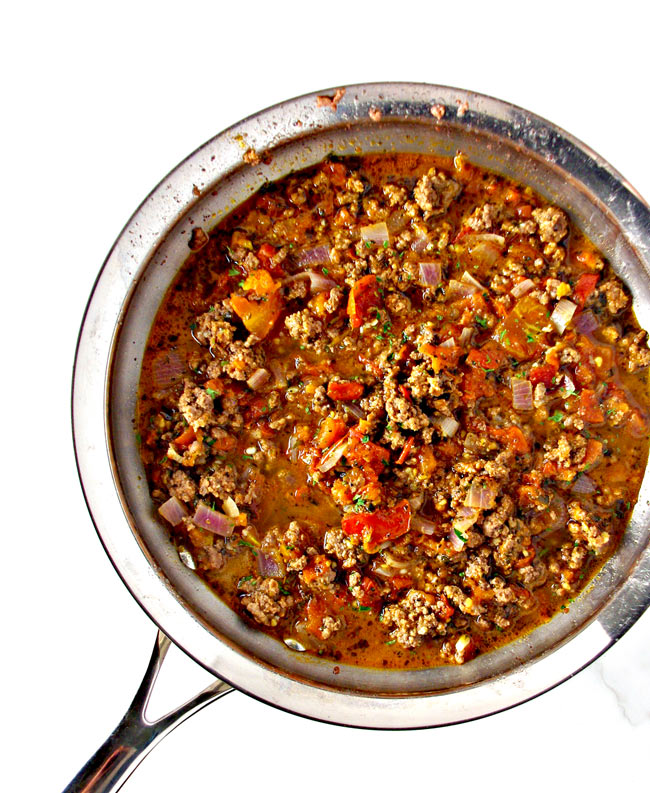 It turns out that, yes, you can make an incredible sauce without canned ingredients. We’re going fresh, fresh, and more fresh. But what if you don’t have fresh herbs on hand? According to my trusty, beloved New Better Homes and Gardens Cookbook, from which I discovered the original recipe, you can substitute dried herbs for fresh herbs. I added a few suggestions, which you can peruse in the notes section of the recipe card.

As for how to serve it, K-Hubs and I LOVE it with spaghetti squash. If, however, that isn’t your thing, then you can serve it with traditional pasta, gluten-free or otherwise. Admittedly, Toodle and Twinkle aren’t consistently crazy about spaghetti squash. They like it in small bites. So sometimes we do serve it with gluten-free pasta. But really, this sauce goes with just about anything you can think of, veggie, grain, savory, or otherwise. Also, and this is a true story, Paleo Spaghetti Squash tastes like a stand-alone meal, no pasta needed. Just so you are in the know. 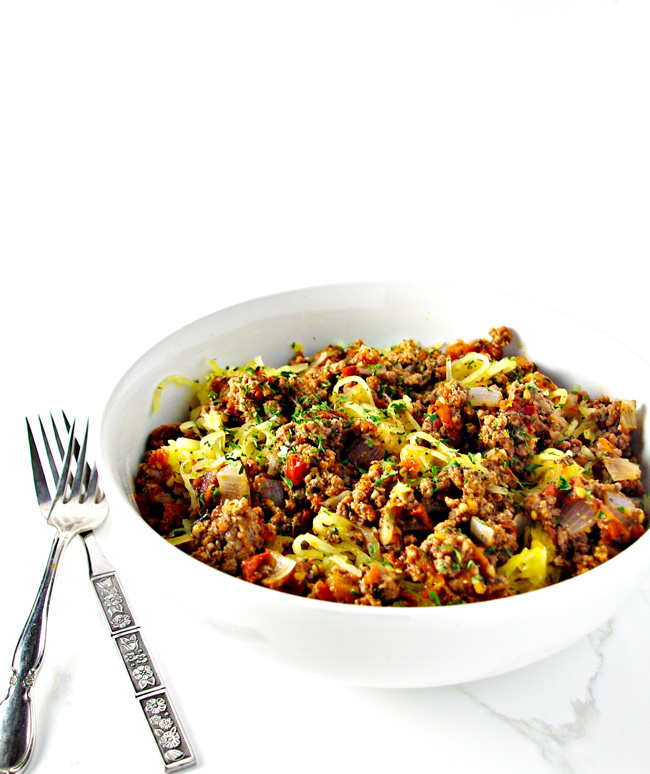 Paleo Spaghetti Sauce also stores well. So you can easily make it one night, store it in the fridge, and then enjoy it for several days afterward. The sauce will thicken as it stands, so you may need to reheat it in a saucepan or microwave before serving. 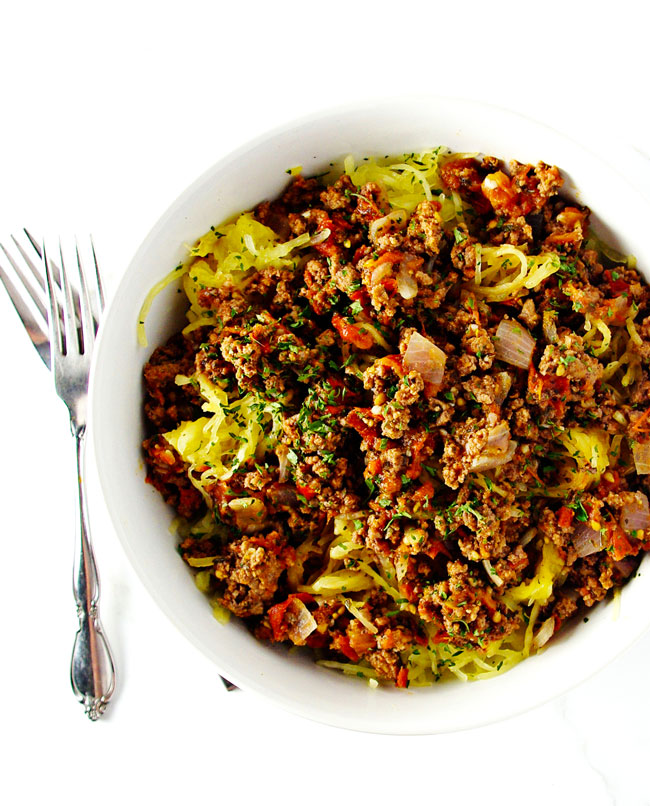 It was indeed a happy day in our house when we brought Paleo Spaghetti Sauce to life! And now we’re geeking out over the fact that we get to share it with you, too! So grab a plate, your pasta of choice, a dollop or 20 of this, and pull up a chair. It’s time to wine and dine and laugh and be merry!

*Amounts are for dried herbs. If using fresh herbs, start with 3-4 tablespoons parsley and 2-3 tablespoons EACH oregano and basil.