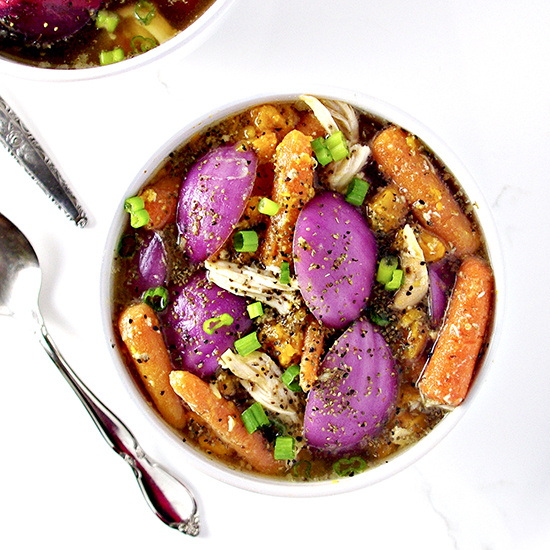 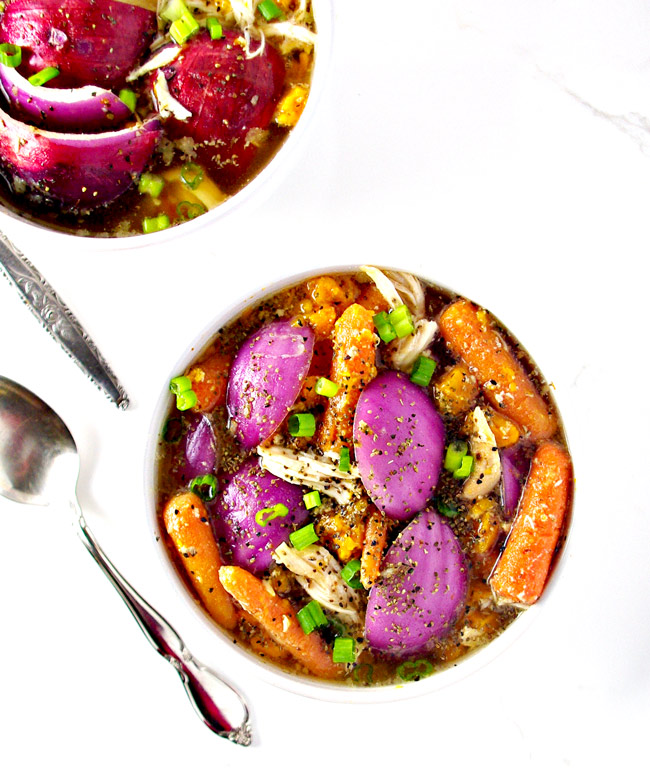 I like her kind of math. She reasoned, January is a long month with nothing to look forward to. February, on the other hand, was a short month with a holiday in the middle. After February, it’s March, and March is basically spring. No matter the weather actually outside your window, according to Auntie, the end of February signaled the start of spring. It was also Mom’s birthday month. So, I admit, March has always signified new beginnings, even if I’m up to my ears in ice, white-knuckling it to Saturday morning grad school class on campus 45 minutes from home. No sweat. It’s not January anymore, so we’re in the clear.

Also reasonable? This Paleo Rustic Chicken Stew. I modified it from the Complete Slow Cooker Cookbook by Carol Heding Munson to make it paleo, and, more specifically, gluten-free, soy-free, and legume-free. One of my dads gave it to me and K-Hubs as an early marriage Christmas gift. This recipe in particular has been a mainstay. Said my dad, “I thought you’d like this cookbook to go with the slow cooker you registered for. I also saw a recipe on page 70 that looks awfully good. Might want to start with that one.”

Uh huh. I see what you did there, Dad. I’ll make the stew if you bring the bread I like.

We struck a deal.

And he was right. Rustic Chicken Stew was amazing. It was also the first slow cooker recipe I ever tried. Now we have a paleo version the whole family can enjoy. It’s also so delicious that those who don’t follow a paleo diet won’t notice, mind, or care that it has been paleo-ized. Paleo Rustic Chicken Stew is just that good. Slow-cooked chicken breasts, carrots, sweet potatoes, onions, thyme, and celery seed are just a few of the main players. I also added sea salt because I can’t not, I do so love that stuff, and coarse black pepper, because always with the pepper. 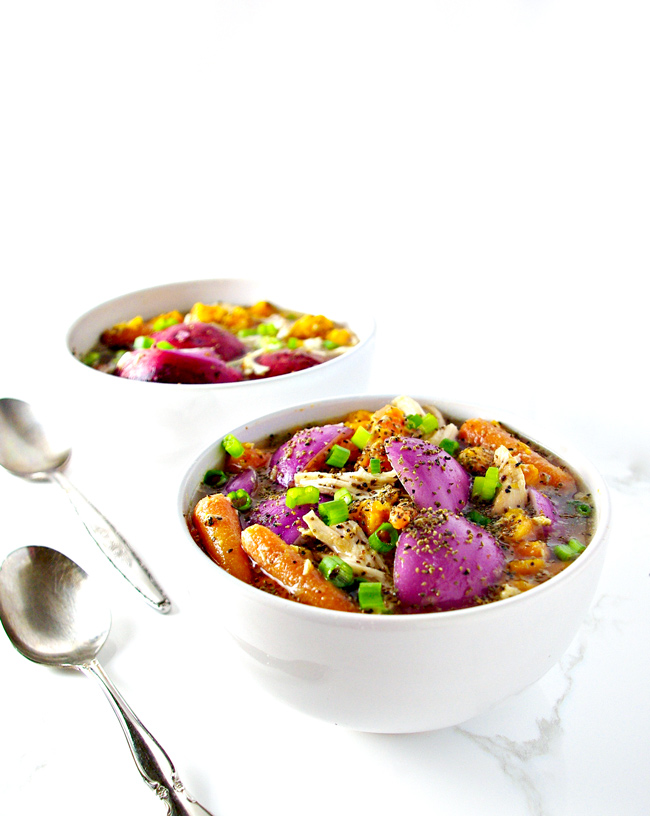 It’s convenient and simple and so freaking delicious. But maybe I already said that. What I didn’t say was that you can throw these ingredients in the slow cooker overnight for a meal the next day, or just before work for a meal at dinnertime. Either way, you can’t go wrong, and the leftovers are next-level good. Paleo Rustic Chicken Stew also tastes wonderful as a meal prep option for the workweek. This is how we win the battle between wanting to eat healthy but being short on time. Paleo Rustic Chicken Stew is like that best friend who knows just when to step in for us and take over because the proverbial vegan cheese has already plumb slid right off our gluten-free crackers.

As I have made this countless times since that first try, I can confidently say I’ve figured out a few favorite steps that you are free to copy or disregard. 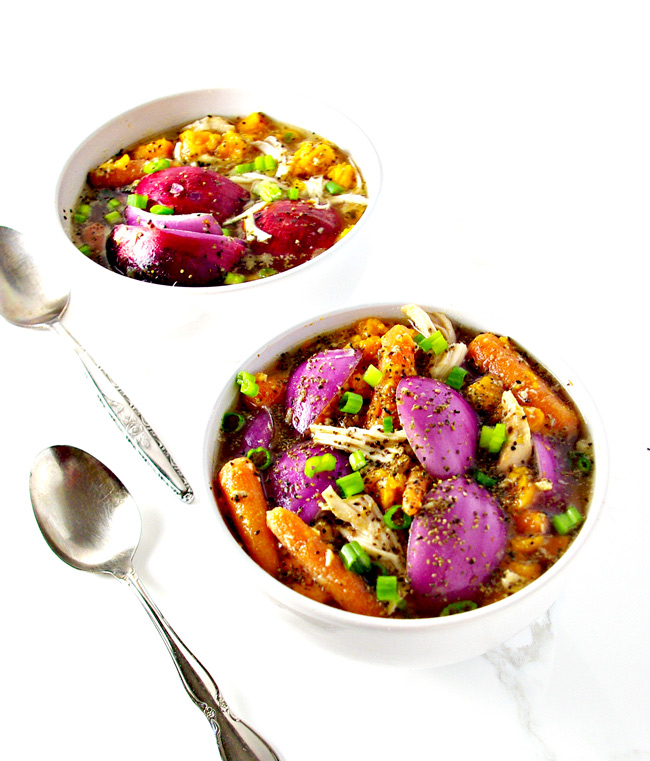 One, I like to add my onions toward the end of the cooking process. This will keep them more pungent, but I also like that they remain crispier and crunchier. Just me, but it’s worth noting. Second, I use Homemade Bone Broth, and I love it for this recipe. Third, I cheat. I totally, absolutely, and completely cheat. I throw frozen chicken breasts in the bottom of the slow cooker before adding everything else, and then I forget about it. Just before serving, I use forks to separate the meat for a loose meat version, and then I call it done. Finally, I go overboard on the pepper. At least three teaspoons because I am crazy about flavor. You may want to add yours in one-teaspoon increments because you are a more-reasoned human person than I am.

This recipe is top-notch, a life-saver, full of flavor, and worth every minute of cooking time. Paleo Rustic Chicken Stew is how we’re staying full, keeping healthy, and saying bye-bye to winter. 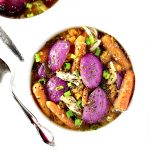