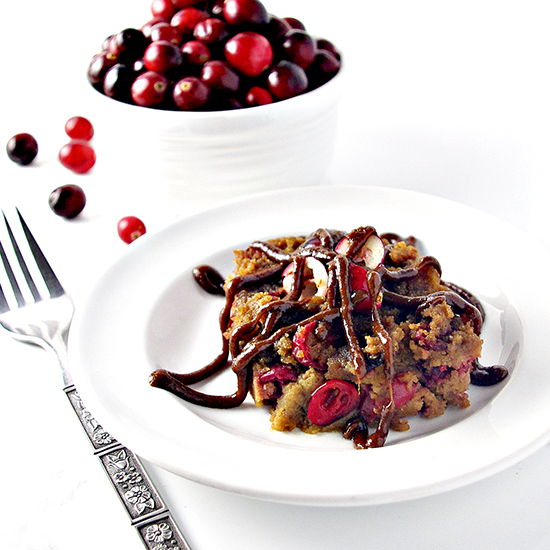 The perfect blend of sweet and tart flavors, all in one paleo Christmas cake. Is that even possible? Before today, I would have said no. But now I confidently give you Paleo Cranberry Cake with a coconut-based sauce that awakens the tastebuds. Spiriteds, it is the dark horse of this season’s healthy, yet delicious, holiday recipes. 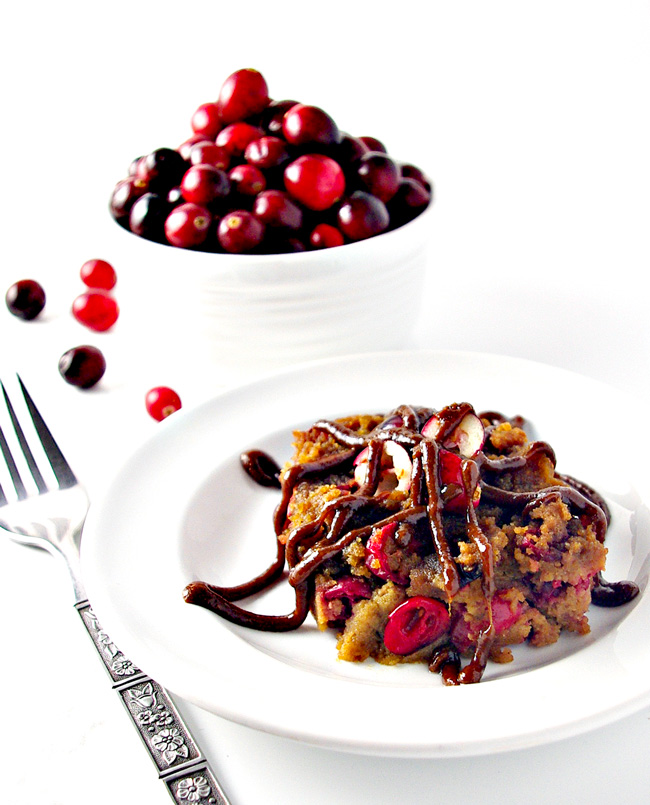 It was on a whim that I decided to dive into The Gram’s classic recipe and see if I could turn it into something allergen-friendly. If K-Hubs were writing this, he’d tell you I literally set time aside to FAIL. In fact, I didn’t even plan on creating the sauce. That part is historically hard enough without trying to make it paleo. I figured coconut sugar would be a bear to work with, and I also figured the cake would dry up and crumble (more on that below). In the end, I discovered coconut sugar is incredibly easy to work with. While it gives Paleo Cranberry Cake a dark brown color instead of the usual blondish yellow hue, the overall flavor is totally tantalizing.

The most tedious part of the process is cutting the fresh cranberries in half. I distinctly remember standing alongside The Gram in her kitchen as she showed me how to make this recipe, selecting only the best cranberries, and then painstakingly cutting them in half. She also referred to the dough as a “crazy dough.” And while our family is most definitely a little bit crazy, I cannot, for the life of me, remember why she called it that. I think, perhaps, because it didn’t include certain ingredients, such as yeast. But don’t quote me on that. The Gram called it crazy, and I’m running with it. 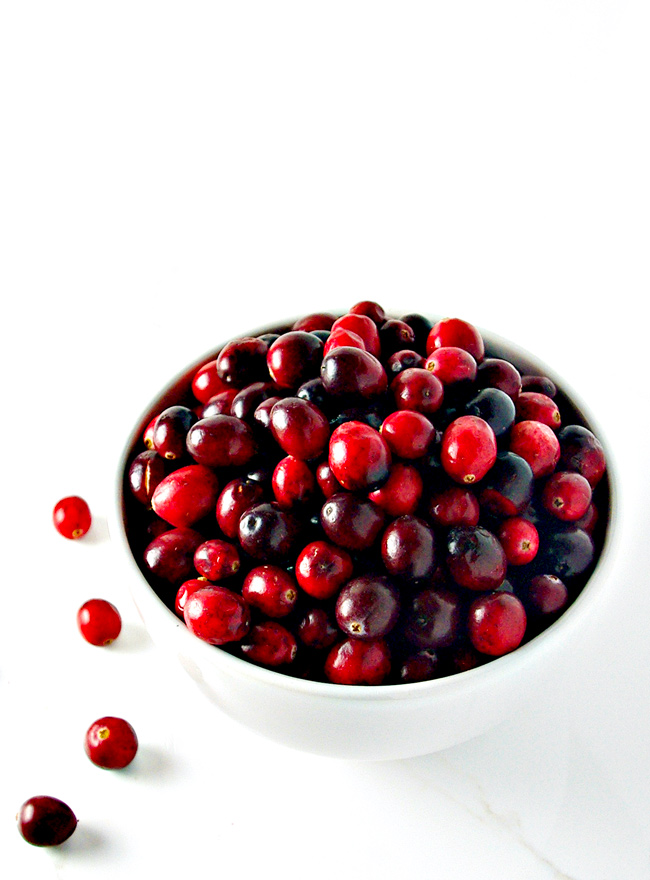 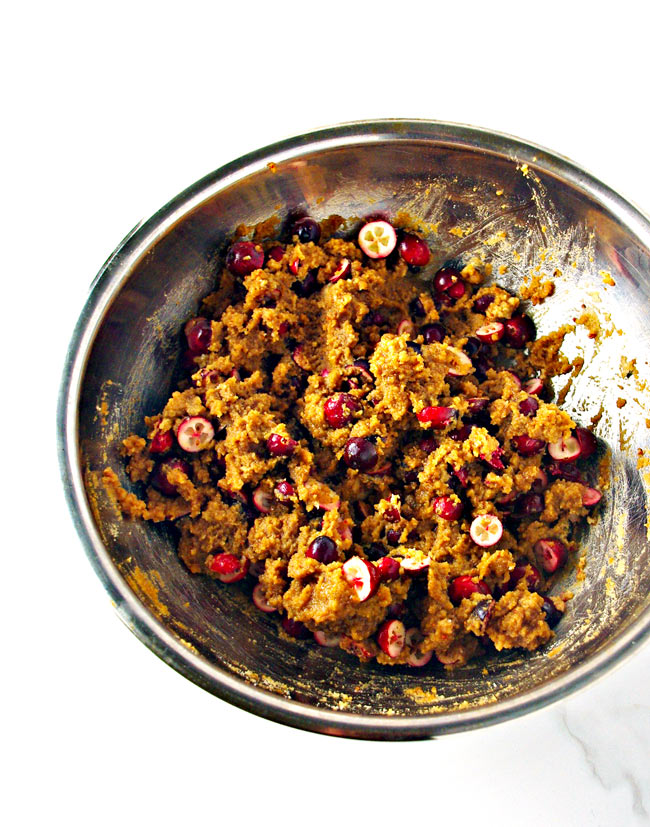 Today’s recipe is definitely crazy because it happens to be:

That IS crazy. Free of all the things yet still full of flavor? Shut the front door!!!!! It’s true, though. K-Hubs said he dreamed about Paleo Cranberry Cake after eating it. Twinkle kept asking for more. And even Toodle liked the cake part. Both girls were a little suspicious of the “circles.” Or tart cranberries for the rest of us. But their willingness to go back for more is a surefire sign this recipe is a winner. 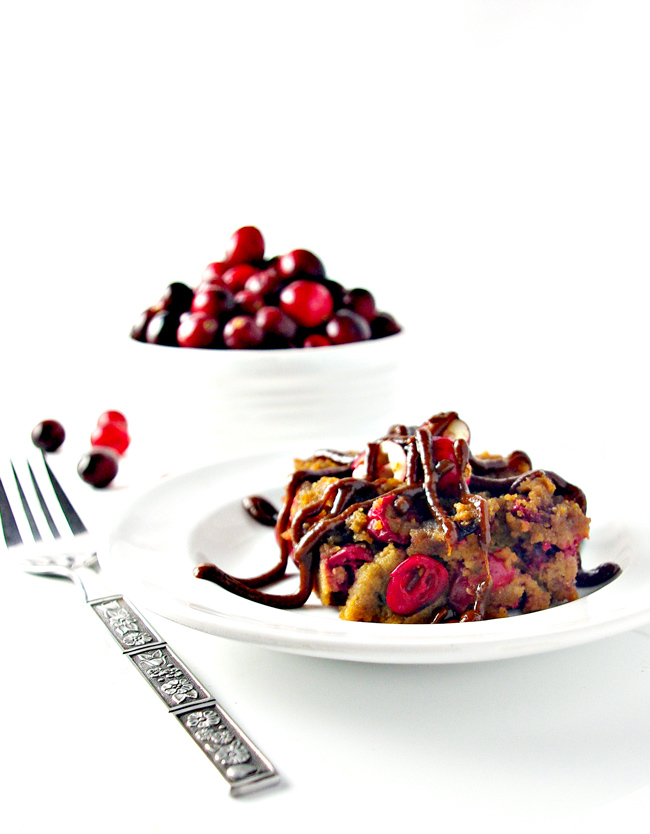 So let’s talk about how to make Paleo Cranberry Cake. Because, let’s be real, it IS different than making the original version. Hence there are a few best practices I want to share with you so you can enjoy this recipe as much as we have! First, let’s talk baking times. The Gram’s recipe calls for a batch baked in 9×9 pan for 30 minutes. I had an 8×8 pan on hand, so I baked mine a little longer (closer to 38-40 minutes).

Second, the coconut oil will make the cake super-soft when it comes out of the oven. Let it sit for several minutes so the coconut oil firms up and the cake doesn’t crumble the minute you slice the first piece. It was surprisingly moist and sugary sweet. I figured the coconut sugar would be dry, earthy, and brittle. I was wrong. So wrong.

Third, we are changing up the coconut sauce. When The Gram taught me the recipe, she said to boil the sauce until it turned light and fluffy. For this recipe, we are bringing it to a boil so the ingredients mesh together. But because we are using coconut oil, which will harden as it sets, we have created more of an icing or glaze. Honestly, I find this easier to work with than the original sauce. Who knew a paleo version of a classic recipe would actually be easier than the original? Perhaps this is a third first? 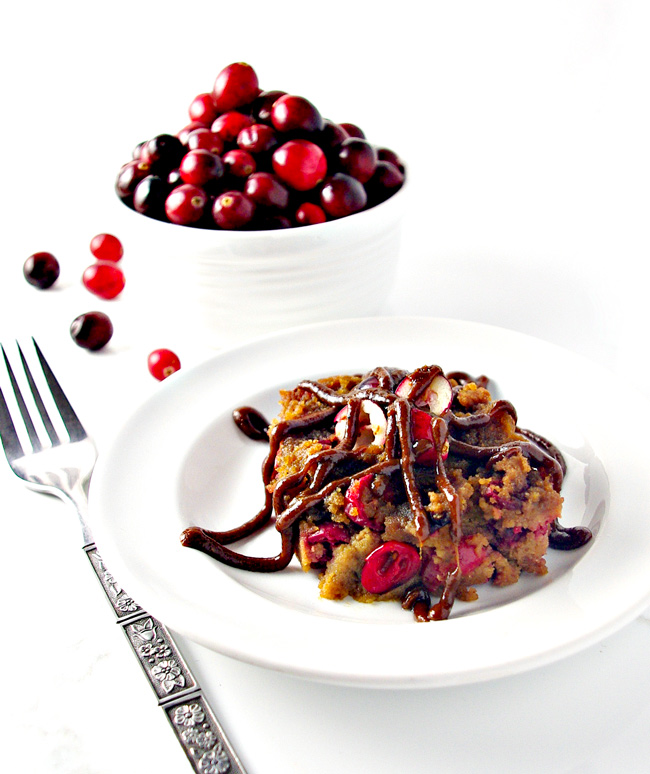 Finally, we are timing out the cake and sauce differently. Because the cake needs to set for a while and the sauce is more of an icing, I don’t make the sauce just as the cake comes out of the oven. I wait several minutes before starting the sauce. That isn’t a problem, however, because this sauce is MUCH easier to make. I bring it to a boil, then let it cool slightly so as not to burn the cake, and then I call it a day.

Truthfully, I kind of like this version better than the original. I don’t think I have EVER said that about a Gram Original. Perhaps a fourth first? And I feel slightly treasonous for saying as much. But, it’s true. Whereas with The Gram’s cake, I always needed the butter sauce to enjoy the cake, I find Paleo Cranberry Cake tastes delicious WITHOUT the sauce. It literally stands on its own two sweet ’n sour feet. The sauce is next-level flavor for sure, but the whole recipe doesn’t depend on it. Seriously, I can’t believe I’m writing this. But I am, and it’s true. Paleo Cranberry Cake is the surprise recipe on the blog this season, Spiriteds. And if you are looking for something that feels special and yummy and different, but you don’t want a lot of leg work, believe it or not, this recipe is IT! 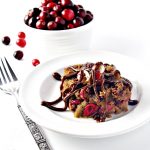 This paleo sauce will harden as it sets. So I don’t prep it until just before I serve the cake. I chose to drizzle it over the cake in these photos, but you can spoon it out in larger portions, if desired. For both the cake and the sauce, I used Big Tree farms blonde coconut sugar, which is a 1:1 replacement for cane sugar and Blue Diamond almond flour.