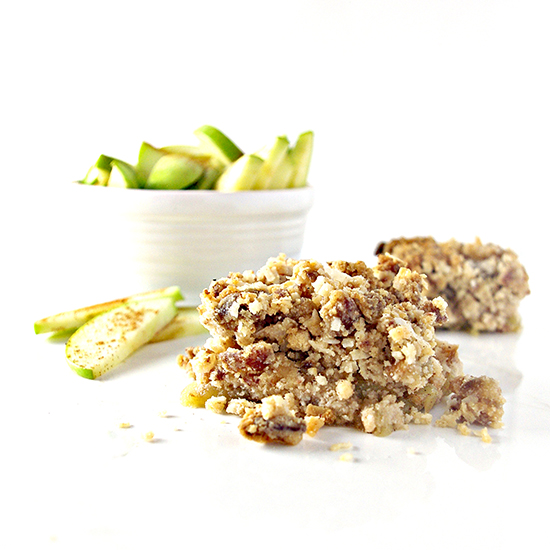 Okay, I have a confession, Spiriteds. I don’t love pie, nor do I love traditional apple crisp. I mean, I’ll eat the apple crisp if it’s there, and I’ll munch on the pie crust, if it’s available. But mostly I just love chips and dip and cheese and crackers and all the savory snacks I can get my hands on. Until now. For some reason, this Paleo Cinnamon Apple Crisp absolutely hits the spot, and I LOVE EVERY SINGLE BITE of it.

Like Chocolate-Frosted Paleo Pumpkin Brownies, this one is an evolution of another Dr. Amy Myers recipe, Cinnamon Apple Crisp. We’ve made a few revisions over the years. Namely, we adjusted baking times, added a few more liquids, and doubled the crumble. Really, that last one just feels like a metaphor for leading a really good life. Like, if you have the chance to double the crumble in your day, you take it. Cinnamon coconut crumble is always a good choice. And it’s the perfect topping for Paleo Cinnamon Apple Crisp.

If I had to describe this recipe in just a few words, I think I’d choose “light yet comforting.” And maybe that’s why I love it so much. Paleo Cinnamon Apple Crisp is filling without the sluggish food hangover, yet the warm apples drizzled in lemon juice, cinnamon, and coconut oil are clearly comfort food all the way. 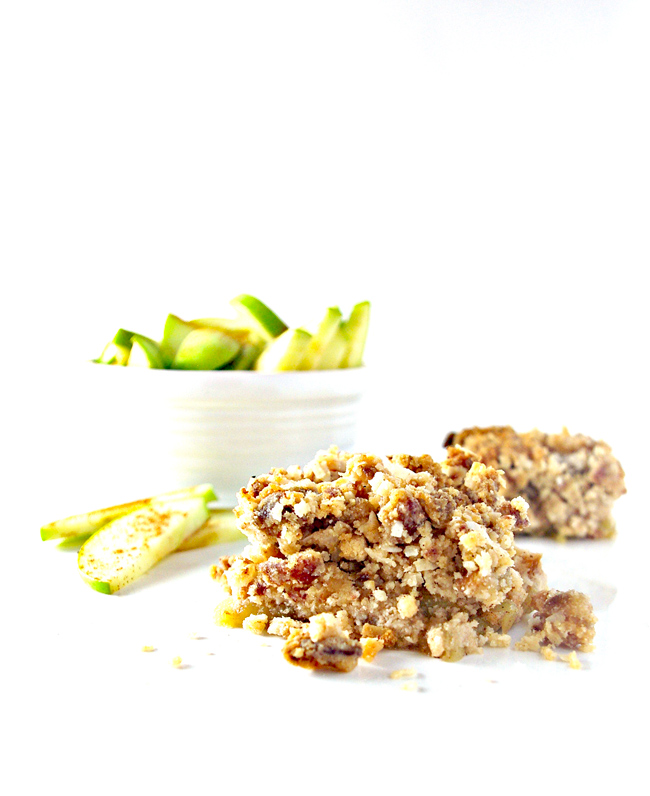 This recipe also happens to be our go-to paleo breakfast recipe as well as our go-to paleo dessert recipe. We take it to family gatherings, and we double the batch when we’re traveling out of town. Like, let’s say your family of four is at an out-of-town family reunion, and you’re staying at a hotel so you need something delicious that won’t take up too much space or require refrigeration. Well, this Paleo Cinnamon Apple Crisp recipe fits the bill.

It also stores well as a double batch. Thus we always manage to get two days worth of breakfast out of it, so long as we maintain our composure and don’t eat the entire thing in one sitting. This is an entirely fair stipulation because when our family loves something, we love it ALL THE WAY. And we love ourselves some Paleo Cinnamon Apple Crisp.

As for making it, I must say, it’s rather easy. Probably the most tedious step is peeling the apples. Once you’ve done that, it’s smooth sailing the rest of the way. Unlike The Gram, I have NOT mastered the art of peeling an apple in one swift move. She always ended up with a beautiful single apple peel ring. I on the other hand, end up with little chips of peel here and there and a messy cutting board to prove it. 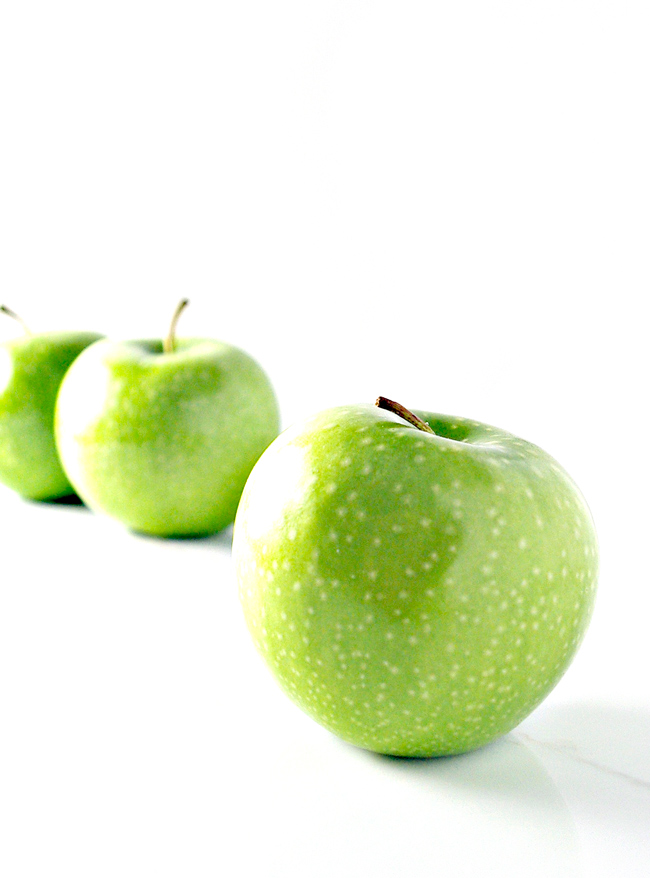 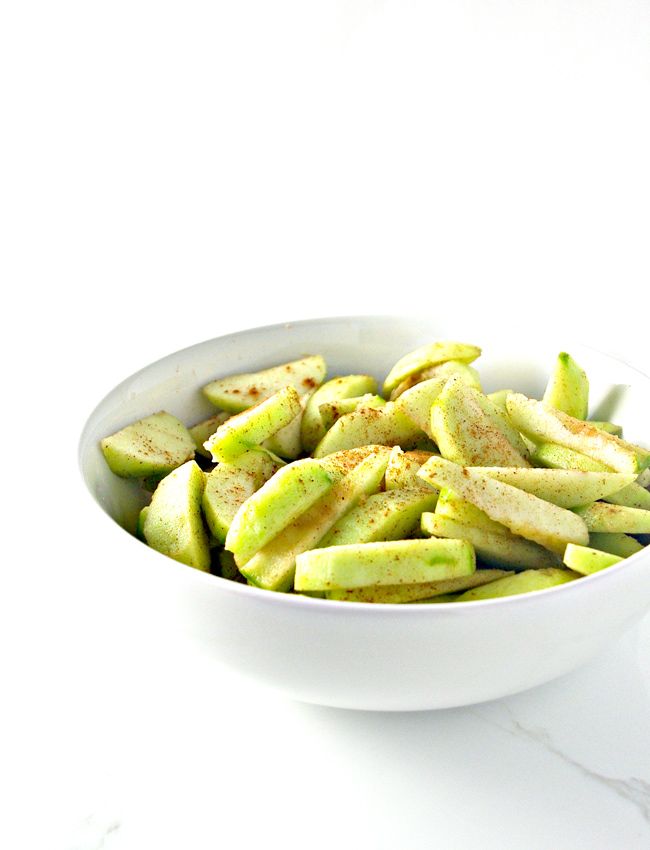 After I peel and core the apples, I slice them into wedges, evenly pouring them on top of a little melted coconut oil in an 8×8 baking dish. Unlike a traditional apple pie, in which you form a peak, when making Paleo Cinnamon Apple Crisp, it’s best to form an even surface. Then it’s easier to get an evenly-distributed double crumble game going before baking.

Speaking of which, cover the dish with tin foil and bake it for about 45 minutes. Then remove the tin foil and bake for a few minutes more. You want the double crumble to be baked but not burned, and I would suggest rotating the dish one time during baking just to prevent undercooked and overcooked portions. 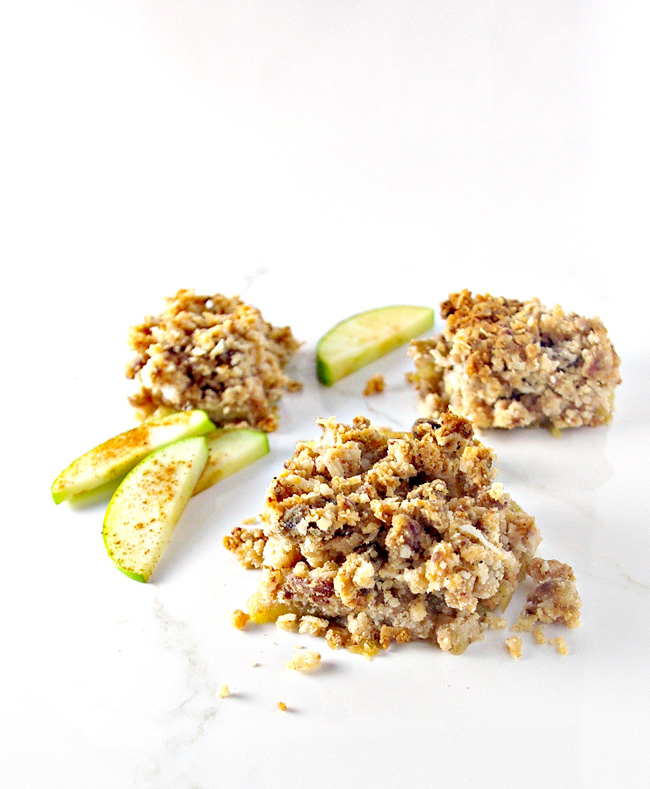 Finally, dive in! I suspect your guests won’t even know it’s paleo, if they even get a chance to taste it! In our family, we have to hide it from ourselves sometimes because sharing may be caring but sharing is hard.