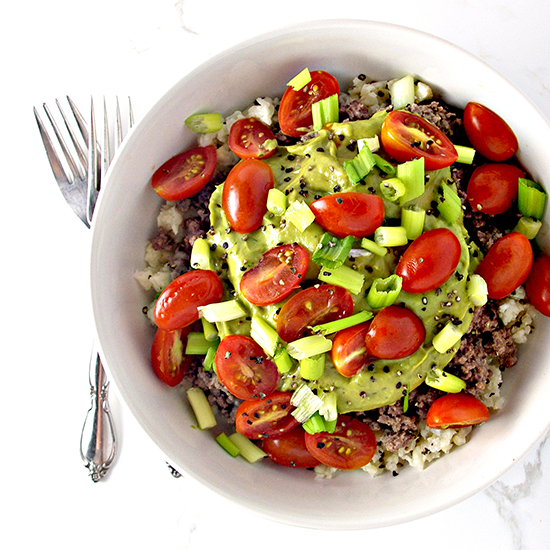 Spiriteds, have you ever added a twist or two to a staple recipe only to be blown away by how awesome the outcome is? It’s possible, and I’m just guessing here, that I did that with our standard dinner fare of loose meat sandwiches. After a few flavor tweaks, we ended up with Paleo Cauliflower Rice Tacos. They take tacos to a level I never knew existed.

Hamburger meat is the ONE dinner choice the girls agree on. I never thought I’d get bored with hamburger, but eventually the day came, and I was dead on the floor about it, and not in a good way either. Dear God, it’s me, Morgan. I have a burning question. WHY MUST SOMEONE ALWAYS HATE ON THE FOOD? WHY CAN NO ONE JUST LIKE THE SAME THING AT THE SAME TIME???

God answered, “That’s two questions, and, because, dearest Morgan, you hated on everything your mother made.” Yes, but she was a terrible cook. “Nonetheless,” replied God. And when God says “nonetheless,” you know that conversation is over. I have met my match in the two girls who reside in our house and who are most definitely biologically mine, palate, verbal proclivities, ambiversion, and all. 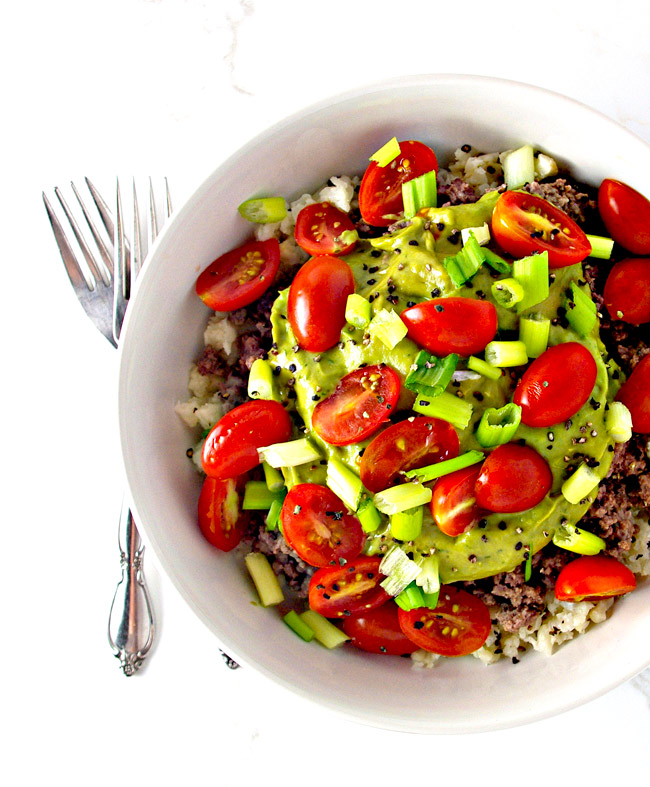 So hold onto your seat when I tell you, the girls LOVED the new hamburger seasonings. Twinkle tried to hate on the flavor for a good 10 minutes. Eventually she came around, much to Toodle’s dismay. Toodle, our resident picky eater, had been eyeing her sister’s grub from the minute I plopped it on the plate. Girl knows a good meal when she smells one.

Which totally gets to the heart of the dish. The aroma. From the seasonings to the salted cauliflower, there are no limits to the overall culinary experience. I am partial to cauliflower sautéed in coconut oil and an inordinate amount of sea salt. The flavor reminds me of old-fashioned popcorn. In Paleo Cauliflower Rice Tacos, the flavor combination is something out-of-this-world good. Cauliflower does an excellent job of standing in for traditional taco, burrito, and nacho bases. The overall flavor is downright addicting. 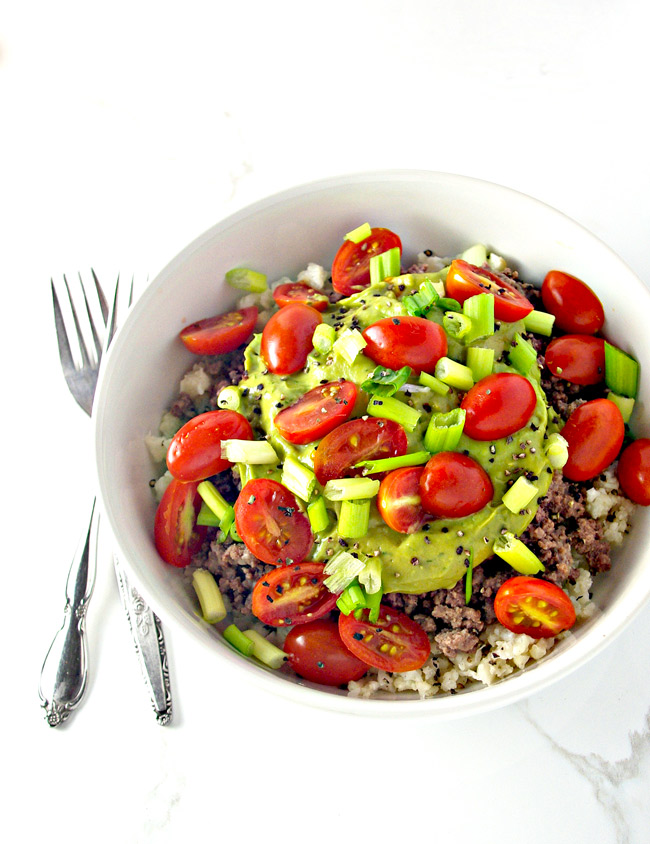 K-Hubs wasn’t home when I originally prepared the dish. So I left some for him. I dug into it “a little bit” before he came home. Initially, I intended to leave three-fourths of the batch, which then became half, and then I had to “even out the row” in the serving bowl, so it turned into one-third. Finally, his portion was somewhere closer to a fourth. Oops.

But how’s a person supposed to control herself in the face of such deliciousness? It isn’t possible. Paleo Cauliflower Rice Tacos taste like a taco casserole without the actual casserole. This is a “no-bake bake.” A no-bake casserole? It definitely has a comfort food casserole vibe, but I feel like I’m lying a little bit with the whole casserole thing because there’s no dairy. Not even coconut milk. And it seems every paleo casserole I ever come across contains coconut milk. And sometimes I just can’t with the coconut milk, so I don’t. Thus, I call these tacos. You might also call these tacos a dip. K-Hubs calls them “out of the ballpark,” complete with soaring baseball sound effects. But you can call them whatever you like. They’ll still taste the same.

To prepare the dish, layer your ingredients in a medium/large serving bowl. The number of add-ons will determine the size of serving bowl needed. While this recipe relies on cauliflower, seasoned hamburger meat (who knew oregano and cumin were such good pals? De-lish-us!), tomatoes, and onions, you can definitely add other mix-ins, too. 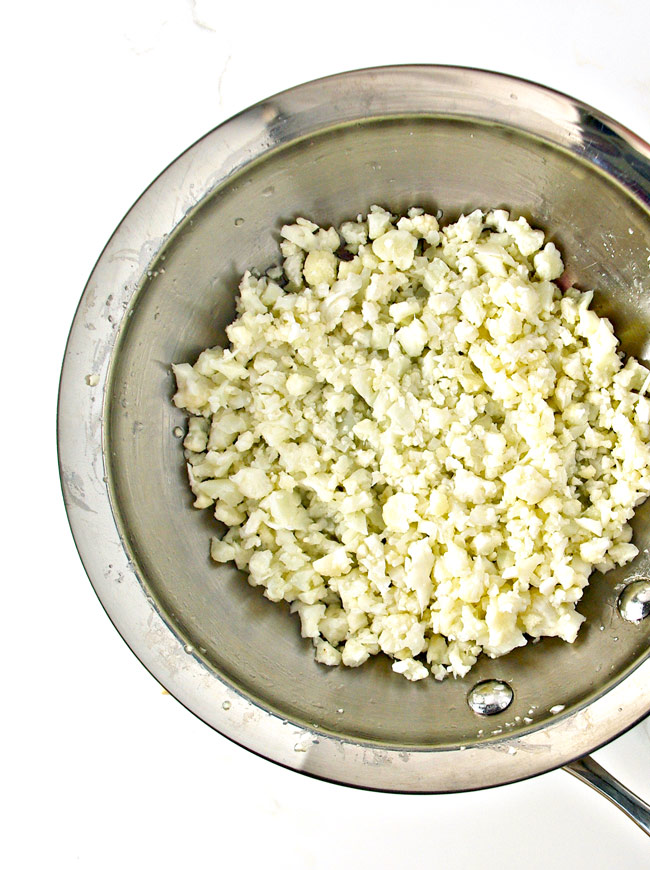 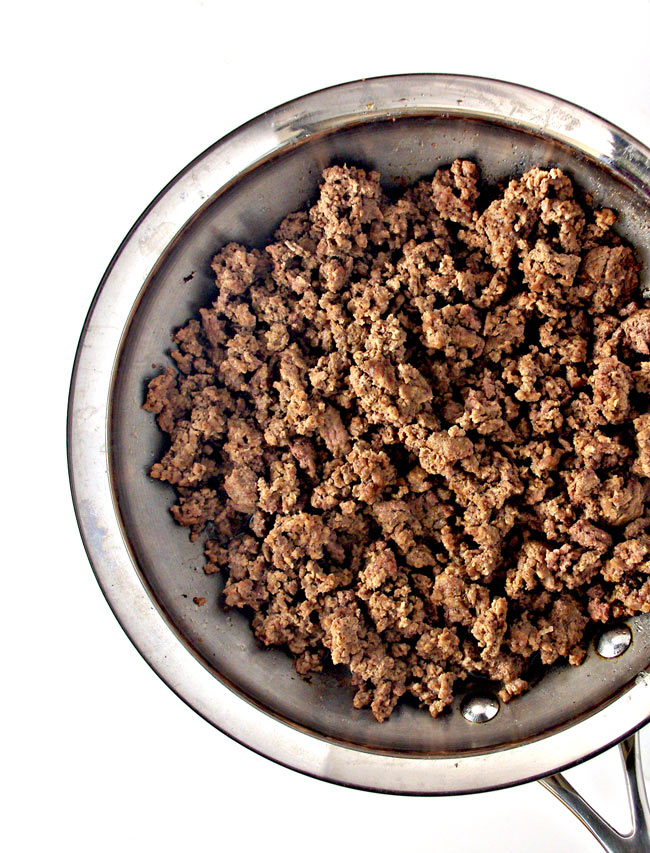 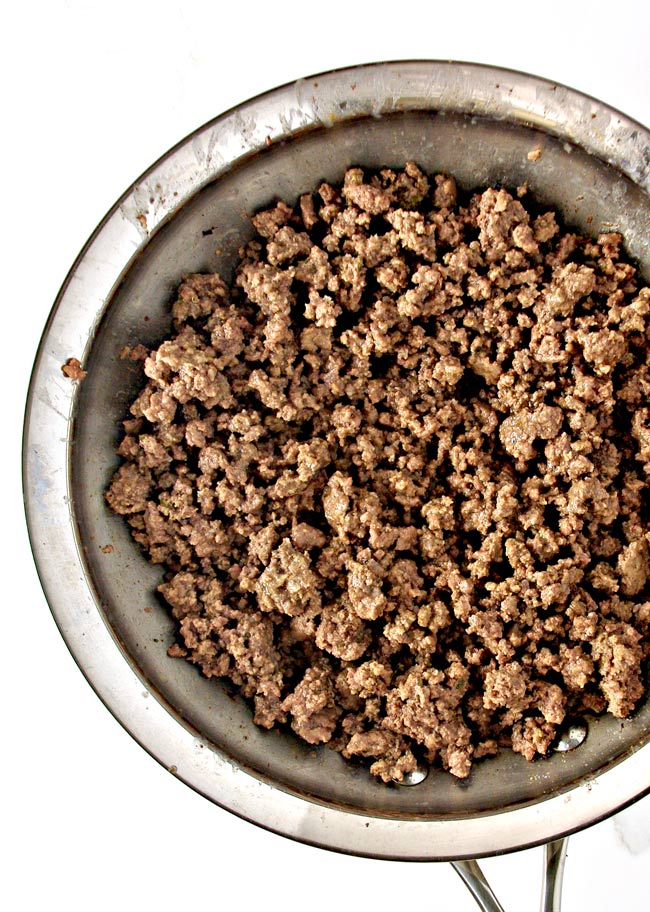 For example, you can bypass cauliflower if you’d like and serve your tacos on lettuce (or top your creation with a little of the shredded green stuff). Additionally, you can keep the cauliflower and still serve it on a bed of lettuce. I chose to add Creamy Garlic Avocado Spread (next up on the blog!). This add-on gave it the casserole vibe. You can also take your flavor up a notch with Hot ’n Spicy Pico de Gallo. That’s a powerhouse not to be missed. Ooh, and don’t forget black olives. You can totally do that here. I did attempt to make this a one-pan meal, however the layered look is totally in this season. BUT, if you are short on time or pans or both, you could sauté the hamburger meat and stir in the cauliflower. It won’t be quite the same. But sometimes desperate measures are needed. 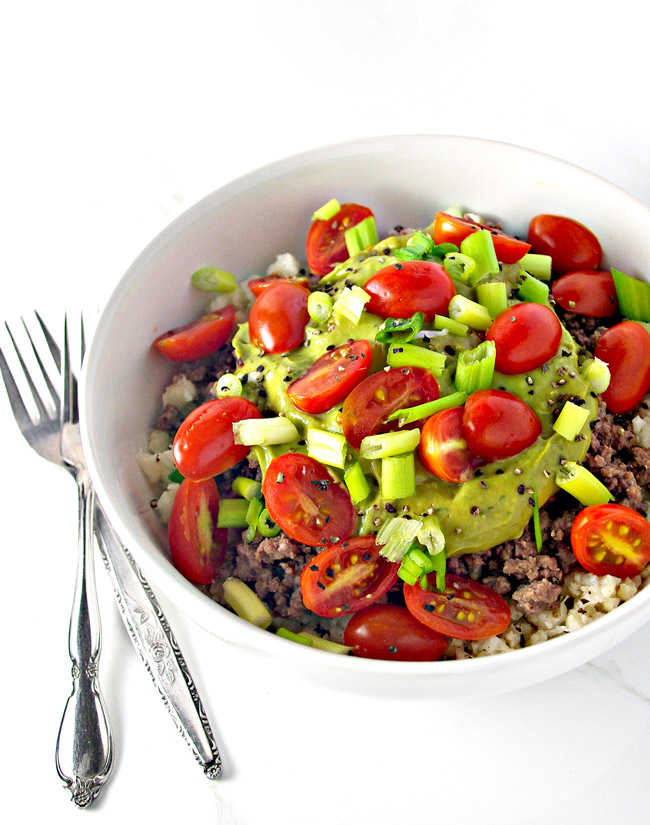 Bottom line is this. Paleo Cauliflower Rice Tacos are more than worth a try. If you’re thinking, I need a healthy comfort food that tastes so good I’ll stop dead in my tracks, then this is your dish. Time to get scoopin’, Spiriteds!

To make cauliflower rice, I break the florets into smallish pieces first and add them in small batches to my food chopper. I then break the pieces down with 10 quick pulses, never holding the button down for more than a second. Any pieces that don’t break down are removed and added to the next batch. DO NOT OVER-CHOP.