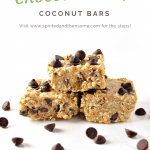 One word for you. Chocolate. Another word for you. Coconut. Two more words. Paleo. Vegan. And let’s not forget no-bake. Omigod, where do we sign up? Right here, actually. No-Bake Paleo Chocolate Chip Coconut Bars are here for us and are officially my new reason for living. 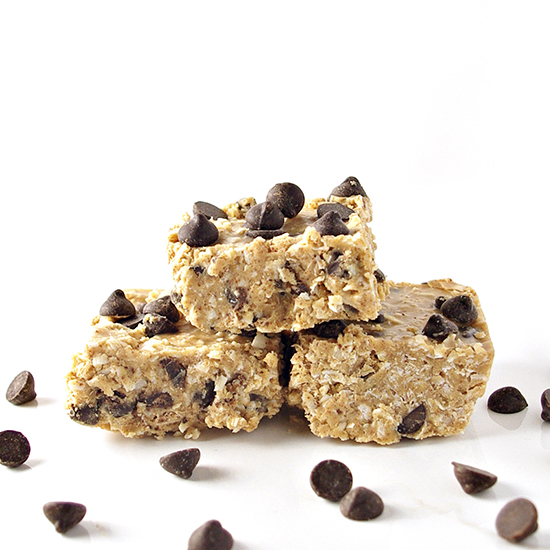 Truth be told, coconut isn’t typically my go-to ingredient of choice. Here, though? In this recipe? I can’t get enough of the stuff.

For the record, Toodle LOVES them, too. The sweet flavor and chewy texture are her new reasons for living. This should tell you something about No-Bake Paleo Chocolate Chip Coconut Bars. Toodle inherited my palate. We label ourselves ”discerning.” Others might call us “picky.” Regardless, if there is a slight chance that something on her plate will be less than awesome, Toodle won’t touch it. When Toodle gives her culinary stamp of approval, you can rest assured the recipe is worth a try. She stamped this one, Spiriteds, and without a single reservation. 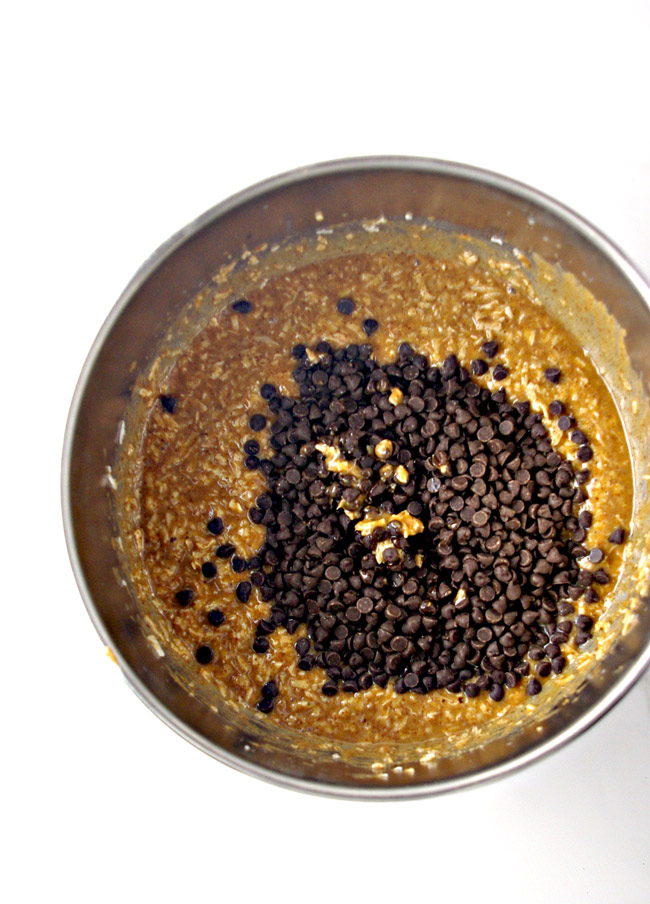 Fittingly, these chocolate chip coconut bars actually started with Toodle. She saw a recipe for a paleo granola bar, and while it certainly looked delicious, it also looked a little cumbersome. The recipe had to be baked. Then it had to rise or something. I don’t know. What I do know is the days passed, and I never got around to it.

Toodle stayed on my case about trying them, and I’m glad she did. Finally, I thought, why don’t I just come up with something a little easier? So, I revisited old recipes, including Chocolate Almond Butter Cups, for inspiration.

To begin, I set a few ground rules. First, the recipe would have to be a no-bake paleo recipe, quick and easy, delicious, chewy, and chocolatey. DONE, DONE, and more DONE. 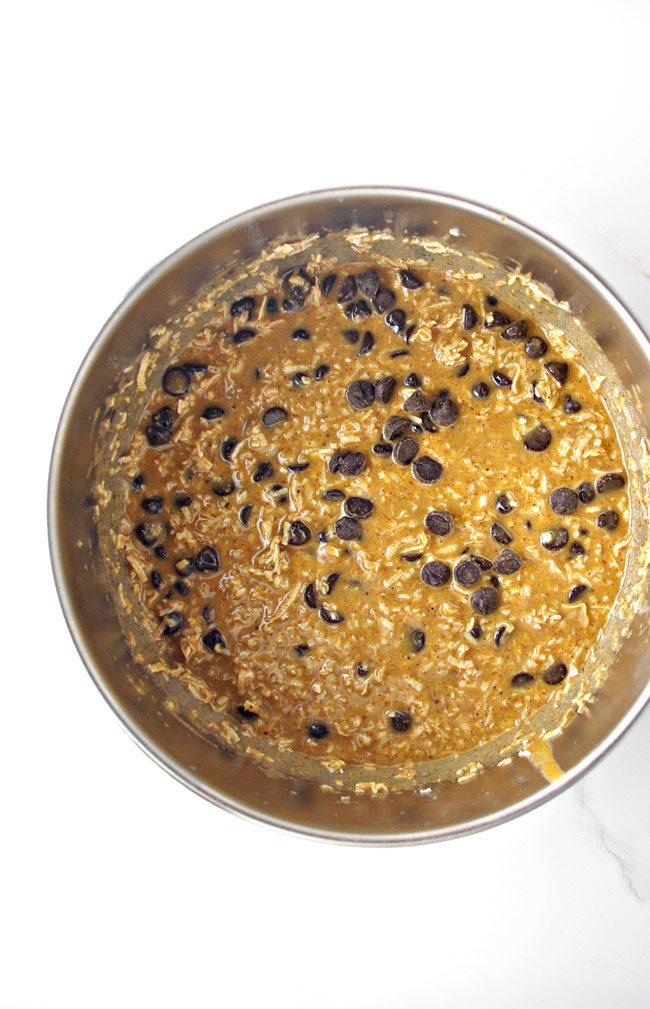 Second, it would have to be something that one could throw in a pan and forget about long enough to go do something else important, like watch another episode of Murdoch Mysteries on Netflix. Just me? Either way, DONE.

Finally, I knew I wanted a recipe that tasted like a guilty pleasure but wasn’t one I would feel guilty about sharing with the girls, given their unique health needs. Therefore, the recipe would also need to contain as few ingredients as possible and be low in sugar. DONE and DONE. 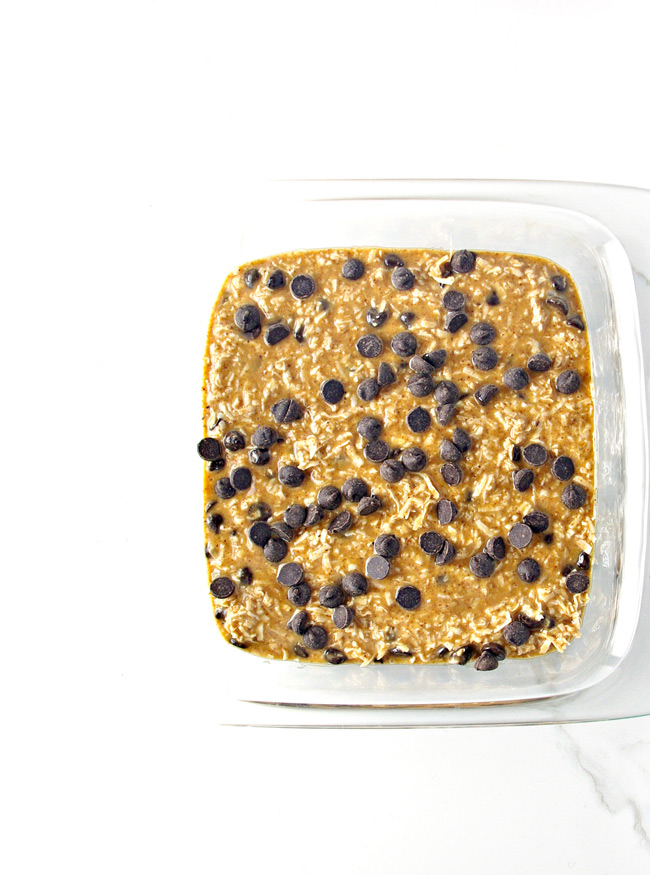 These last few requirements were especially important. If Toodle was the inspiration behind the recipe, then so, too, were her food allergies and paleo diet. I had all the mom-feels when she bit into her first bar and gave it a thumbs up. Actually, she never raised her thumb. Instead she chowed down on the chocolatey, coconut-y goodness, and then asked for more. #Same 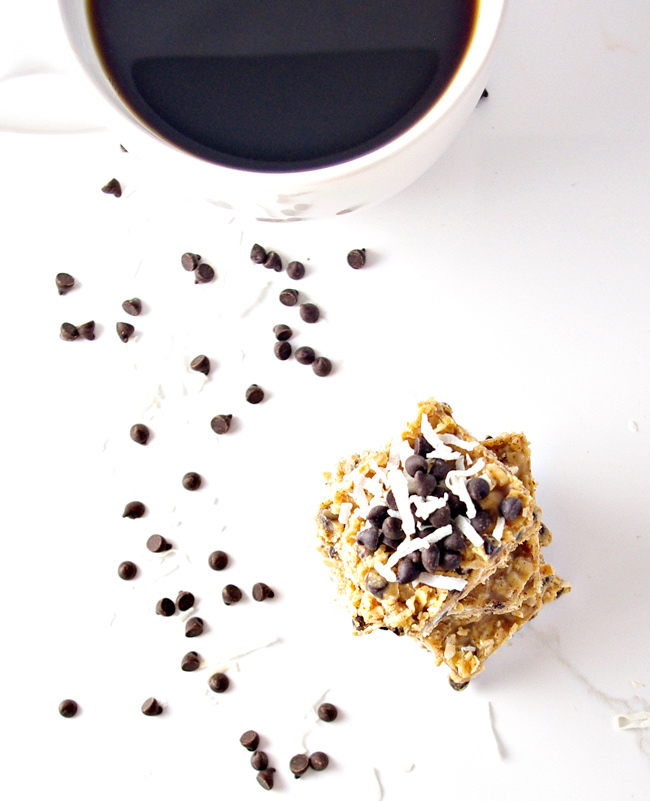 If you are rowing along in the same low-sugar boat, then make sure to read labels when selecting your ingredients. For example, I chose unsweetened, organic shredded coconut that contained no other ingredients. I also used Costco’s Kirkland brand almond butter, which consists of roasted almonds and nothing else. As for the chocolate chips, I used Enjoy Life brand chips. They are allergen-free and come in a few different flavors and forms (all of which should be compatible with this recipe). Finally, I used only two tablespoons of maple syrup. If you really want to watch your sugar intake, then use dark chocolate chips and reduce the maple syrup by half. For a vegan variation, replace the maple syrup with agave nectar. 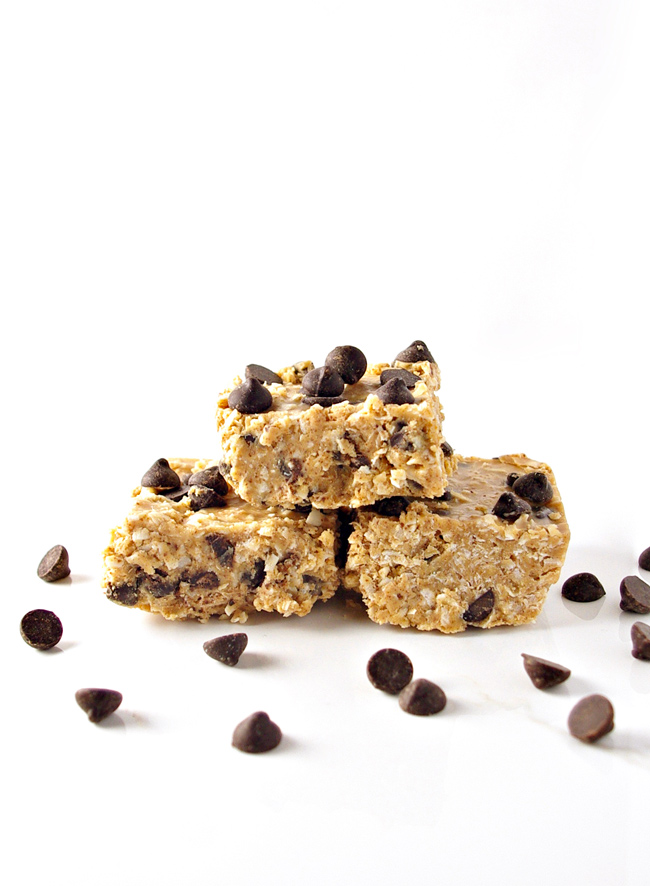 No-Bake Chocolate Chip Coconut Bars were surprisingly easy to create, even easier to make, and easiest to EAT. First, I threw the ingredients into a mixing bowl, and then letting modern technology do the work, used an electric mixer to combine the ingredients. After that, I poured the batter into an 8×8 glass pan. If you want your bars to be thinner, pour the batter into a 9×9 pan.

The hardest step was waiting for the batter to set in the fridge; the process was easy, the waiting excruciating. Once the batter sets, DIG IN. You could use manners and, using a knife, politely cut the bars into perfect squares. Or you can be like us and dig into your No-Bake Paleo Chocolate Chip Coconut Bars with whatever utensil is near, eating this by the hunk. Regardless of how you choose to eat your bars, prepare to want more. 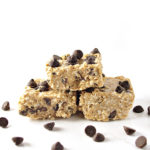