Because summer is waning, ever so slightly, and fall is hinting at its ETA, here’s a delicious, thirst-quenching, absolutely GORGEOUS gluten-free Homemade Raspberry Iced Tea recipe for you to slurp throughout your Labor Day weekend, and then basically savor on all the days of the week that end in “day” forever after.

Also, the only regret I have about this recipe is that I didn’t make it sooner. Homemade Raspberry Iced Tea turned out to be easier to prepare than I thought it would. Not to mention, the color is something of a marvel all its own 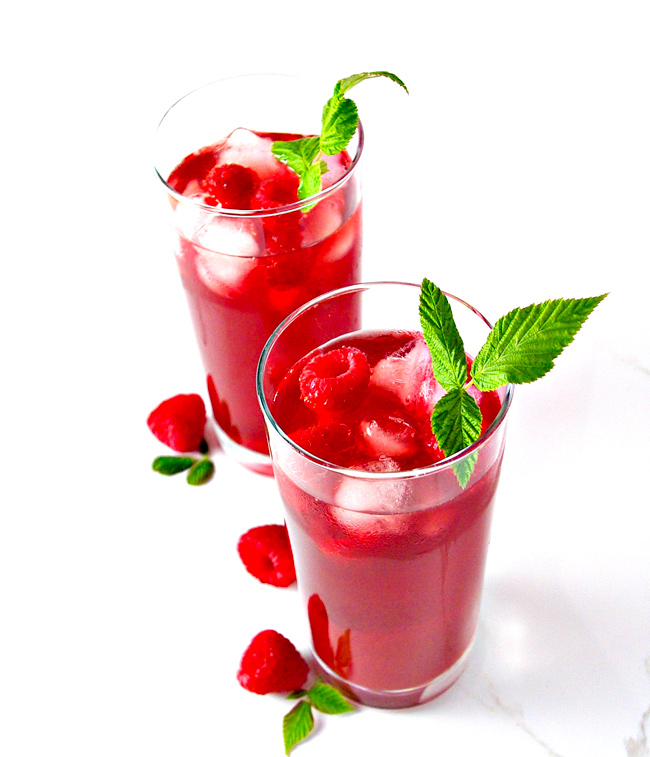 I was never big on tea growing up. Instead I was more of a soft drink girl. I credit K-Hubs with introducing me to Raspberry Iced Tea. He kept ordering it on our dates, so naturally I thought, well, if the ridiculously attractive man sitting across the table from me orders this on the regular, then perhaps I should try it, too. But it’s not like I “like” liked him or anything. And it certainly isn’t like I would try a new beverage just because I saw a good-looking guy drink it. Because that’s super silly, right?

And also that’s exactly what I did. Sort of that moment when you are in love and YOU DON’T EVEN KNOW IT. We also got engaged without totally realizing what we were even saying (we were discussing real estate at the time, true story). It’s honestly a wonder that K-Hubs and I can pay a bill on time or make dinner for more than two people or register a child for extracurricular activities. But, alas, we do. 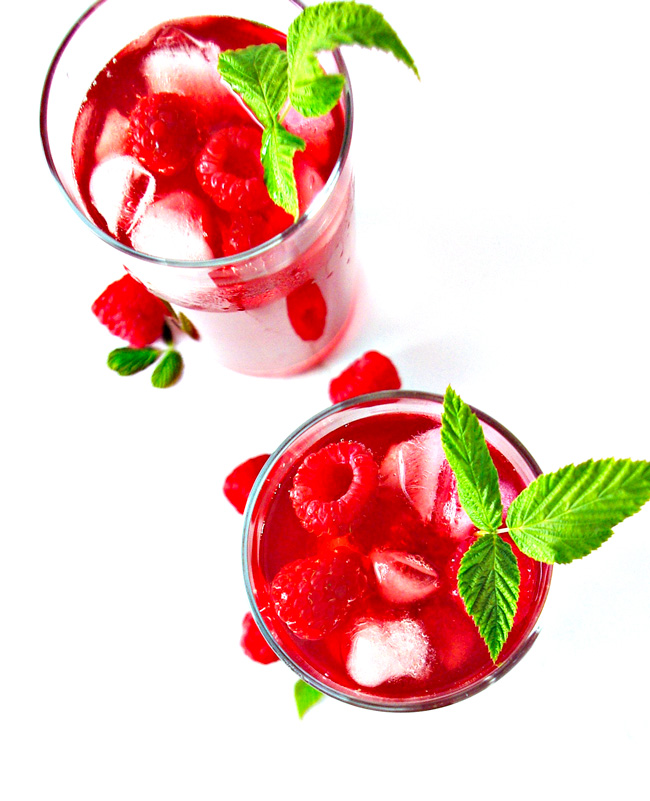 As for the tea, I started out sipping a little here and a little there, and while I was still on the fence about tea overall, I had to admit I liked the fruit infusion. But it wasn’t until this year’s summerfall that I thought about making my own Homemade Raspberry Iced Tea.

Inspired by a recipe I found in my Better Homes and Gardens Cookbook, I used black tea bags, boiling water, and frozen raspberries. I intended to use fresh raspberries but came up just shy of the amount needed. Fresh or frozen, though, either way, you can’t go wrong. As for which tea to use, select one you like and can be enjoyed chilled. If you’re stumped, especially if you want a paleo version (the black tea I use is NOT considered paleo), then head over to Paleo Flourish’s post, Caffeine, Tea, and Paleo, for a few suggestions to get you started.

I did do a little extra research on tips and tricks for the best steeping times (the amount of time the tea bags sit in the hot water) and found via The Republic of Tea’s post Tea 101: How to Steep Tea that the amount of time the tea steeps can affect its flavor. Too little time, and your tea won’t boast enough flavor. Too long, and your tea will be bitter. For the purposes of today’s blog post, we’re going with seven minutes. Your preferred time may vary from mine and depend on the tea you select. 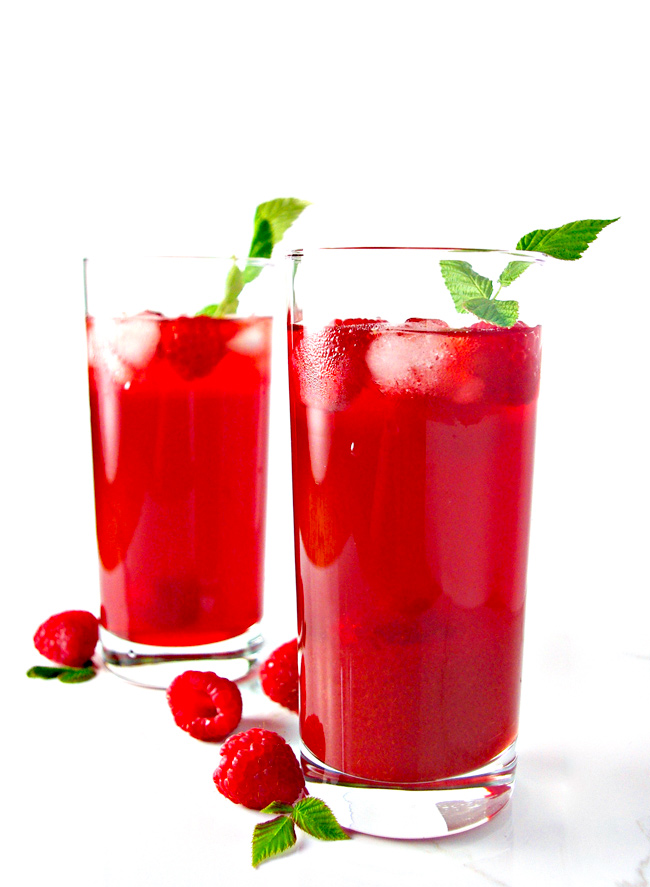 You might also wonder whether to sweeten your Homemade Raspberry Iced Tea or leave it be. That will be entirely up to you. If you are big on tea just as it is, you might not need to add sweetener. If you are pickier, like me, then you might need a dash of sweetener. A few favorites of mine are:

And there you have it, Spiriteds. Your very own Homemade Raspberry Iced Tea recipe. And you don’t even have to go on a date to discover it.

I typically use black tea as my base, however if there is another tea you prefer, definitely try it here! And don’t forget to check out the links in the blog post for suggestions on different types of tea and steeping times. Also, I immensely dislike throwing away perfectly good fruit. So, admittedly, I throw the raspberries in the blender and mix them with almond milk or water for a slushy-smoothie. It will have a tea flavor to it, but the overall taste is yummo.