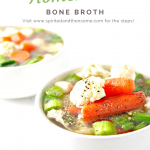 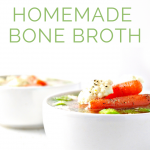 This soy-free, gluten-free, and paleo Homemade Bone Broth recipe is super easy to make. Throw the ingredients in the crockpot and then walk away! 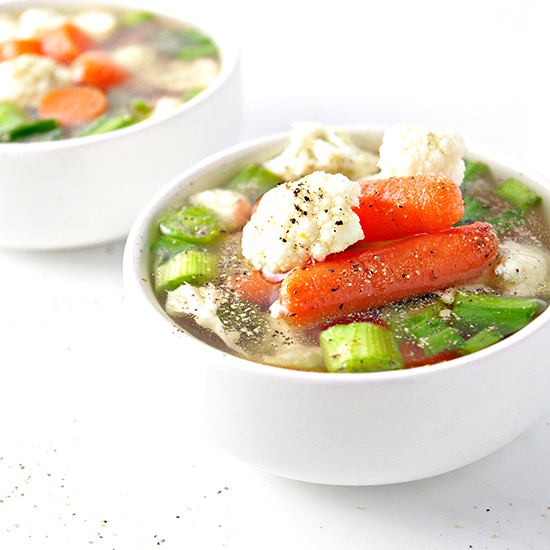 This is quite possibly the backbone of our diet. Liquid gold, if you will. Elixir of life, if you prefer. Homemade Bone Broth appears in many of our recipes or as a stand-alone beverage we drink with our meal.

But it didn’t start out that way. Historically, I preferred the kind that came pre-made in a can. So did Toodle. It was ready to go, tasted good, and felt familiar. Making my own bone broth felt like I was crossing over into the paleolithic era. I am, after all, a somewhat reluctant 21st-century cavewoman. Turning over a new leaf takes time.

Eventually, I did. Why? Because Homemade Bone Broth contains many healthy nutrients store-bought brands often don’t. A general search on the benefits of bone broth yields countless findings about its health properties. Autoimmunity is a whole thing in this spirited house, so we consume Homemade Bone Broth on a daily basis. 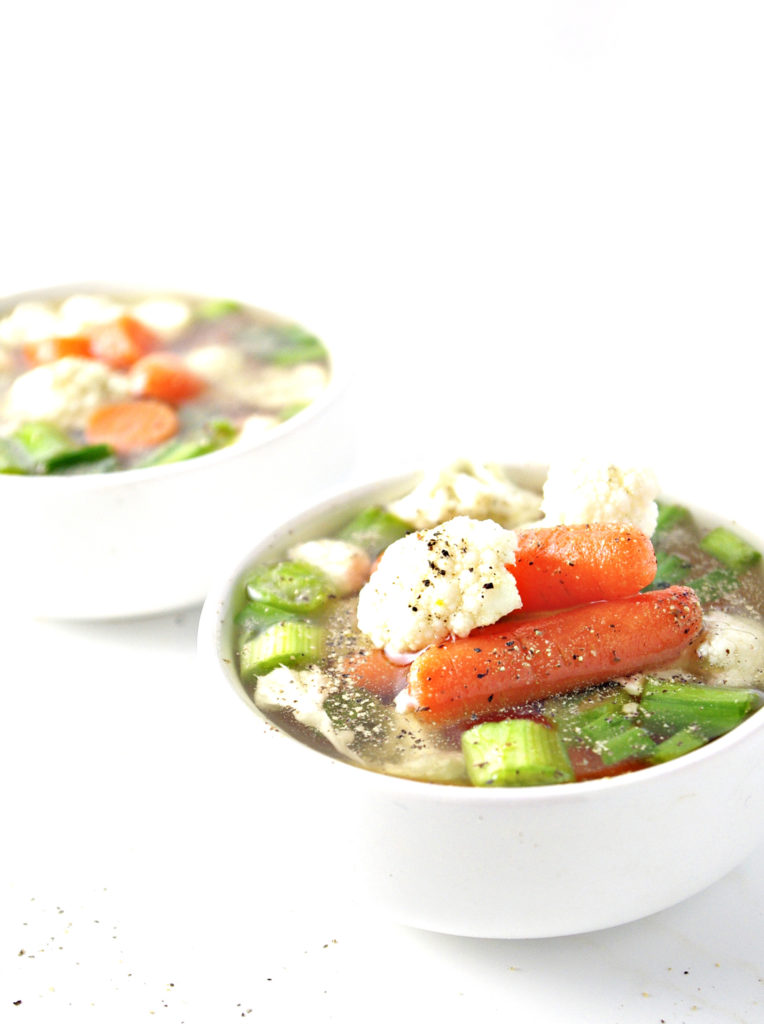 But it took a while to find a recipe that would work for all our palates, so we keep it simple. Two of us are spirited eaters, and for those of you playing at home, that would be Toodle and me. Also, by “spirited” I mean picky. Mom is laughing right now, I’m just sure of it, at this turnabout. K-Hubs and I are raising a mini Morgan, and as Mom used to say, “Paybacks are hell.” Touché.

So, unlike most people, we don’t add the usual apple cider vinegar, which is supposed to help leech the nutrients from the bones into the broth, or garlic cloves. Because, no, Toodle and I cannot even. Neither of us is capable of slogging through a meal we don’t adore because we are not martyrs. We also don’t add lemon juice or seasonings like most standard humans. Because we cannot even with those either – the ingredients, that is, and not the humans. The humans are just fine. Thus our recipe contains chicken bones, water, and a smidgeon of sea salt.

Although you can definitely go to the grocery store and ask for bones at the meat counter, another way to prepare Homemade Bone Broth is to buy a whole chicken, for example, roast it in a baking pan in the oven at 375 degrees for approximately 90 minutes, drizzle a little olive oil on it to keep it from drying out, and then separate the meat from the bones after baking. 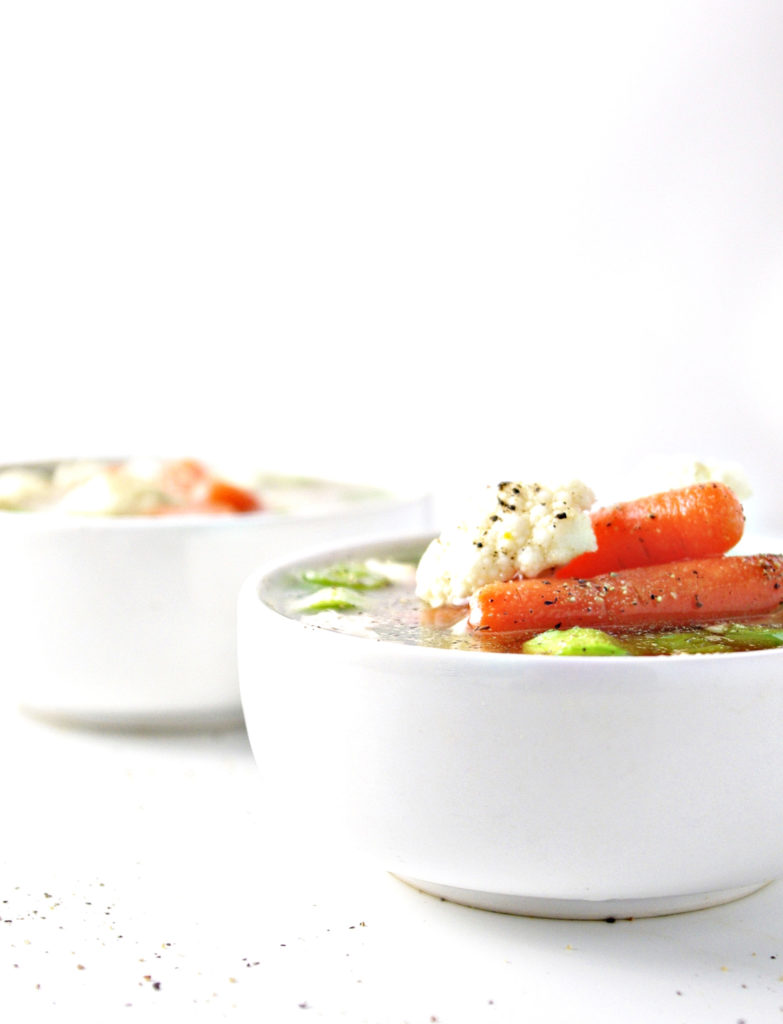 Submerge the bones in a crockpot of water. Then turn the crockpot on low and let it all hang out for 24 hours. Homemade Bone Broth is seriously that easy to make. Later, when we are using the broth, either as a stand-alone drink or as part of a soup or other recipe, THEN we add all kinds of flavors, including:

Depending on how much water the crockpot holds, you may end up with anywhere from eight to 16 cups of broth. And if you want to make the recipe stretch even more, bottle the first batch of broth after 24 hours, keep the bones in the crockpot, and add more water. The second batch doesn’t typically yield the same beautiful, golden color, but the taste remains about the same. 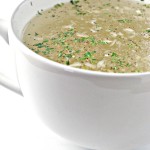 Adding apple cider vinegar may help draw the nutrients from the bone source.