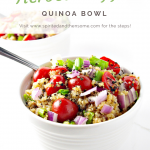 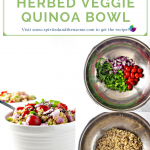 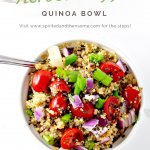 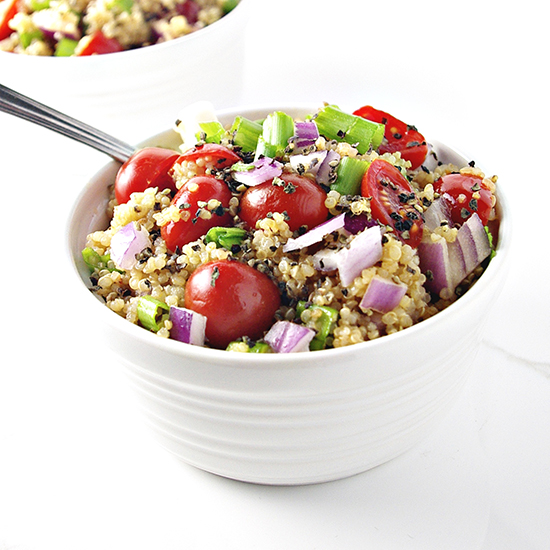 For the last two years we have been virtually grain-free, and the girls have done well as a result. But health is a complicated issue in our family, and to customize a lifestyle for the girls that would meet their unique health needs, our dietician suggested we introduce a few healthy grains and see how the girls react. It was seriously like relearning a language we once spoke but had long since forgotten. Enter quinoa and today’s recipe, Herbed Veggie Quinoa Bowl. 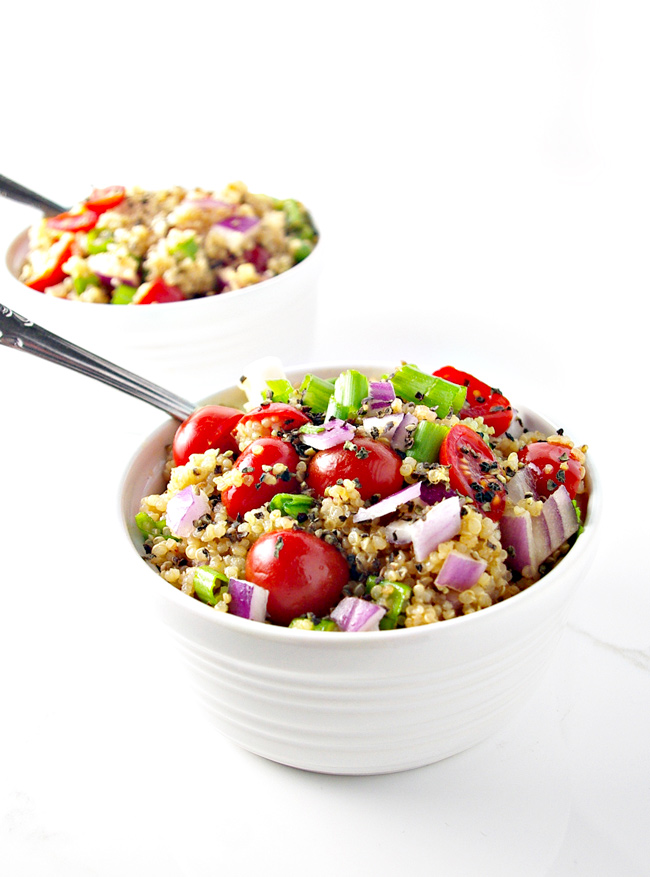 I have always had a love-meh relationship with quinoa. So, you’ll notice additional flavors are included here. Think tomatoes, garlic, onion, olive oil, salt, and pepper. Let’s not forget a little olive oil. Quinoa grows on me each time I eat it, but it isn’t the same spark of attraction I had with traditional spaghetti or potato chips.

For the record, the girls aren’t crazy about quinoa, and K-Hubs and I aren’t crazy about traditional grains (even gluten-free varieties, unless we are including potato chips in this, which probably we aren’t). So even though I refuse to make 45 meals to abide everyone’s palate, our family often eats a variety of foods when it’s grain night. Wow. “Grain night.” Forget “movie night” or “bath night.” Nope. Our family is all over “grain night.” I die. Be jealous. 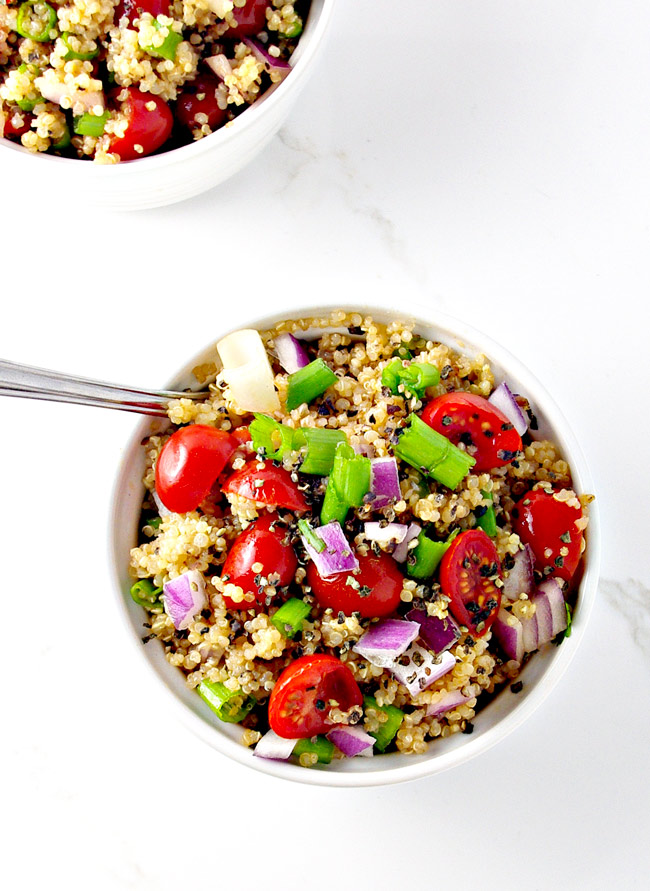 When the girls eat their gluten-free spaghetti, K-Hubs and I are face-deep in Paleo Spaghetti Squash Noodles, or this Herbed Veggie Quinoa Bowl. So if we aren’t big on grains, why do K-Hubs and I eat quinoa? Whereas I often have a post-dinner lull after eating regular grains, when I eat quinoa, my energy levels stay normal (or at least they FEEL normal). Not to mention, quinoa is chock-full of vitamins and nutrients. And, in spite of slowly learning to like quinoa, I find it rather addicting now.

I researched whether quinoa is paleo or not. According to the Ultimate Paleo Guide, quinoa is NOT considered paleo and can cause digestive issues for people. We are choosing to eat it in manageable quantities to see how it affects us. 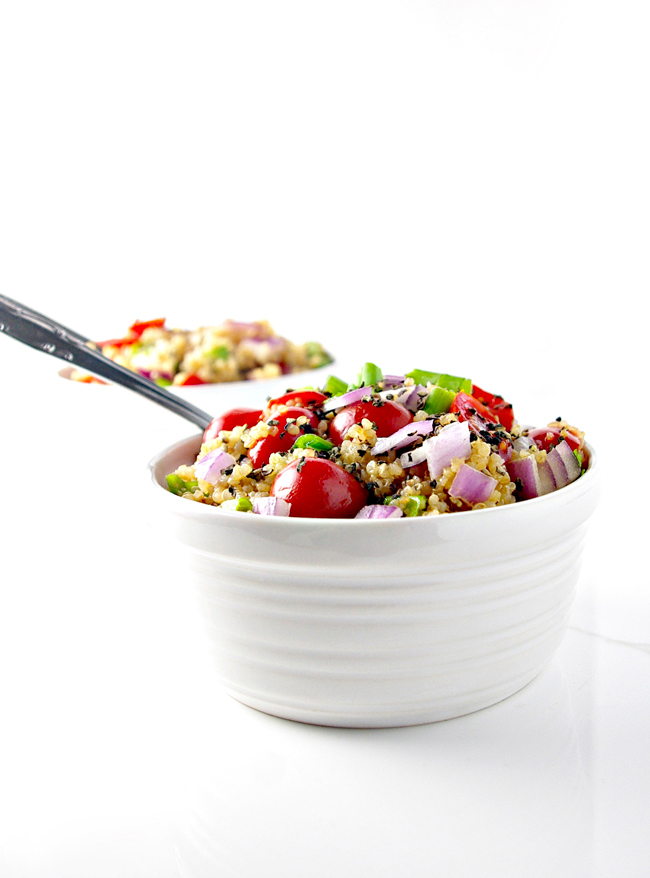 In this recipe, you’ll prepare the quinoa in a saucepan according to package instructions. I choose quinoa that doesn’t require rinsing, and I have tried both instant and more involved varieties. I can’t say I have a preference. Quinoa is fairly low maintenance. I do like to add olive oil and sea salt to the quinoa as it cooks, which I have included in the recipe below, but you can add and remove whatever ingredients you like. I also like to prepare my quinoa bowls much like I would a salad. Quinoa first, following by tasty add-ons. Toss together. So absolutely delicious. 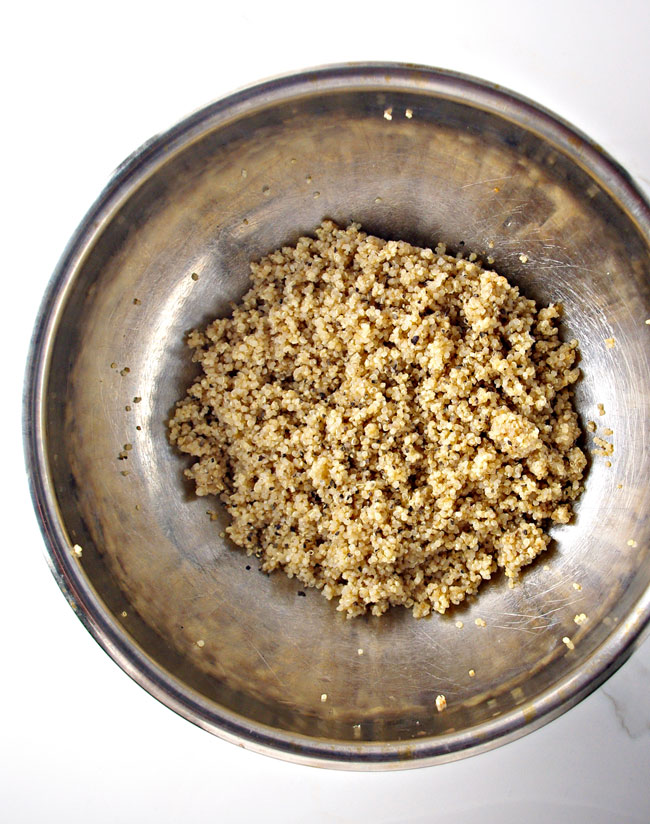 You may be wondering, is this Herbed Veggie Quinoa Bowl a main dish or a side dish or what? My answer? All of the above. It is definitely side-dish worthy. However, I still think it would complement a larger meal, playing wingman to pork, chicken, and just about anything else that strikes your palate. 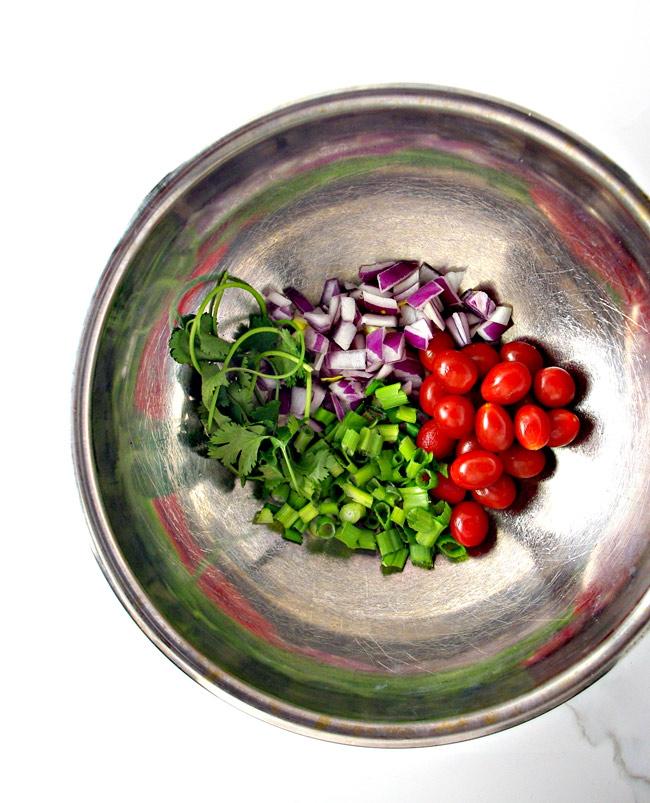 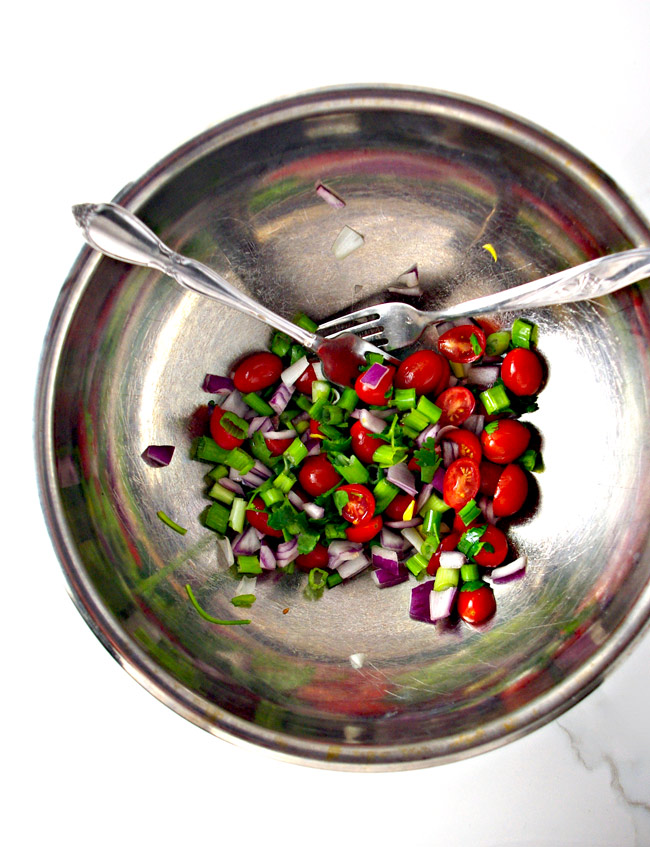 Honestly, though, however you serve it, the flavor will be OUT OF THIS WORLD. Seriously. There is something so amazing about quinoa paired with garlic, onion, tomatoes, and cilantro. I sit on the couch with a bowl of this and don’t feel the least bit guilty. Also, I had to make another batch in order to get photos because I, you guessed it, ate the first batch. Oops, and I’m not sorry. 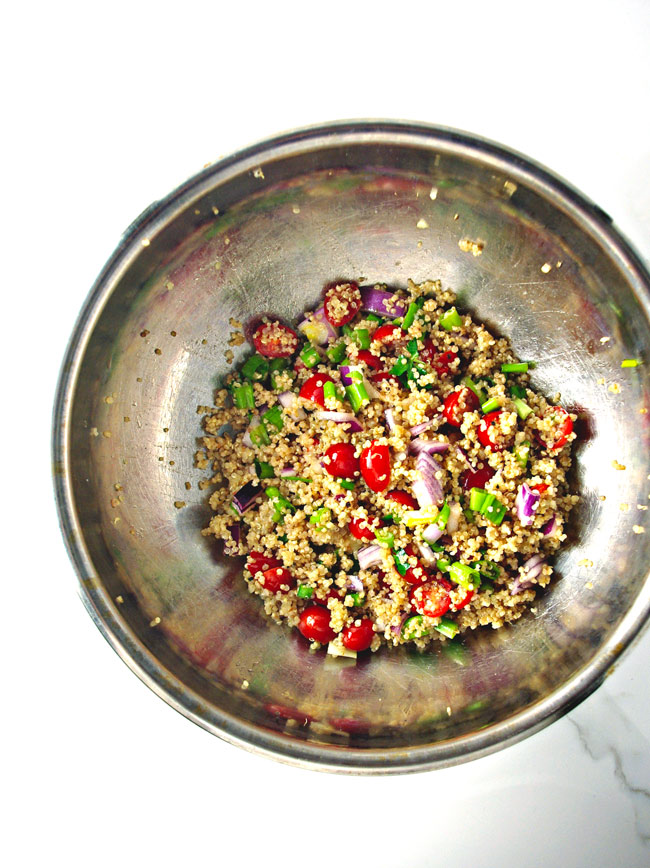 If you haven’t jumped on the quinoa bandwagon just yet, then may I suggest Herbed Veggie Quinoa Bowl as your first attempt? Tailor it to whatever flavors you prefer because it’s super forgiving and easy to make. 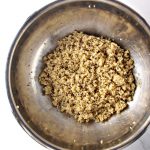