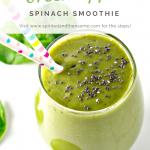 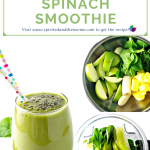 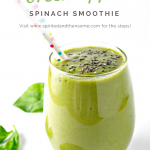 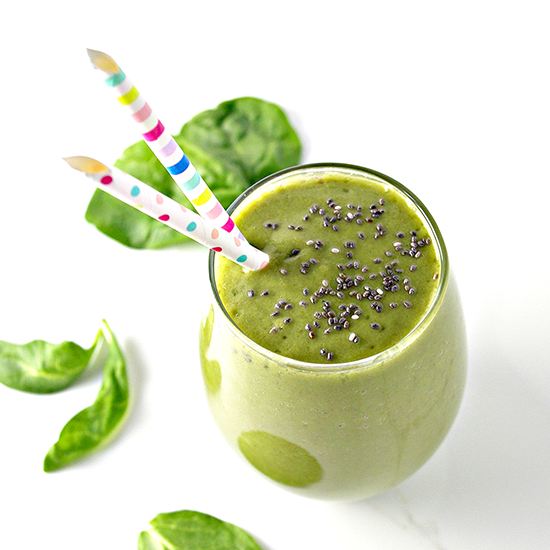 Auntie always used to say if a person could make it through January, spring was just around the corner. What about February? A short month, she’d say, and one with a holiday smack dab in the middle. After that it’s March. And basically, to Auntie, March represented spring, no matter the weather. The same goes for me. Mom’s birthday was in March. Regardless of what the meteorologists said, her day marked the start of new beginnings. Since old habits die hard, and we’re a few days into March, I’ve decided winter is over. To celebrate, I’m sharing this succulent Green Apple Spinach Smoothie. This recipe just feels like March to me, even though it’s lightly snowing here in the Midwest. Spiriteds, in my mind, spring has sprung. 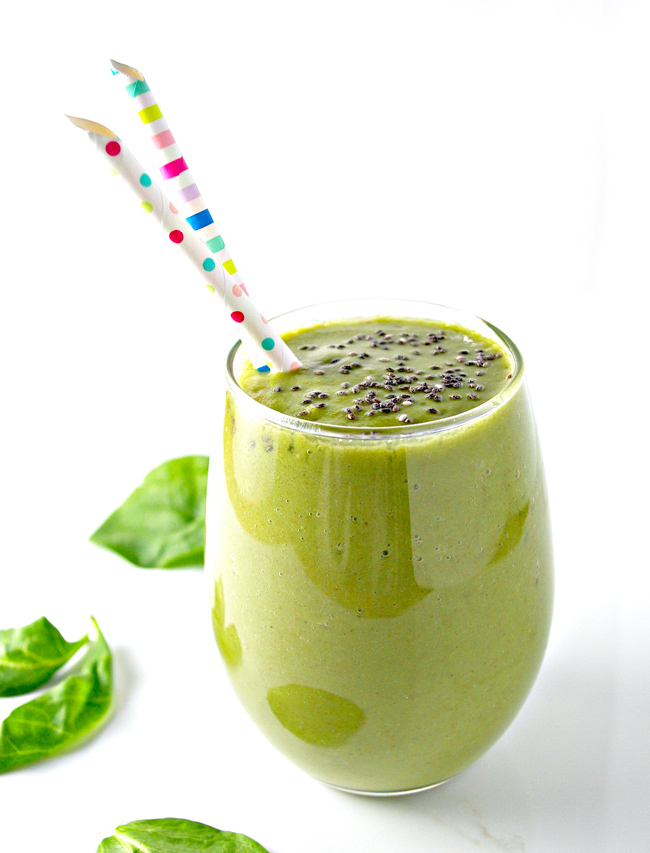 Green Apple Spinach Smoothie also feels like maturity. Because spinach. Handfuls of the leafy green, Spiriteds, handfuls. Sometimes the only way I can reset and eat healthy is to pack vitamins and nutrients into a smoothie and GO. This is one of those recipes.

I have a huge crush on this smoothie because in addition to handfuls of spinach, Green Apple Spinach Smoothie doesn’t contain added sweeteners. No agave, no honey, no nothing. Just the sweets from the fruits. It is, in a word or two, all-natural. 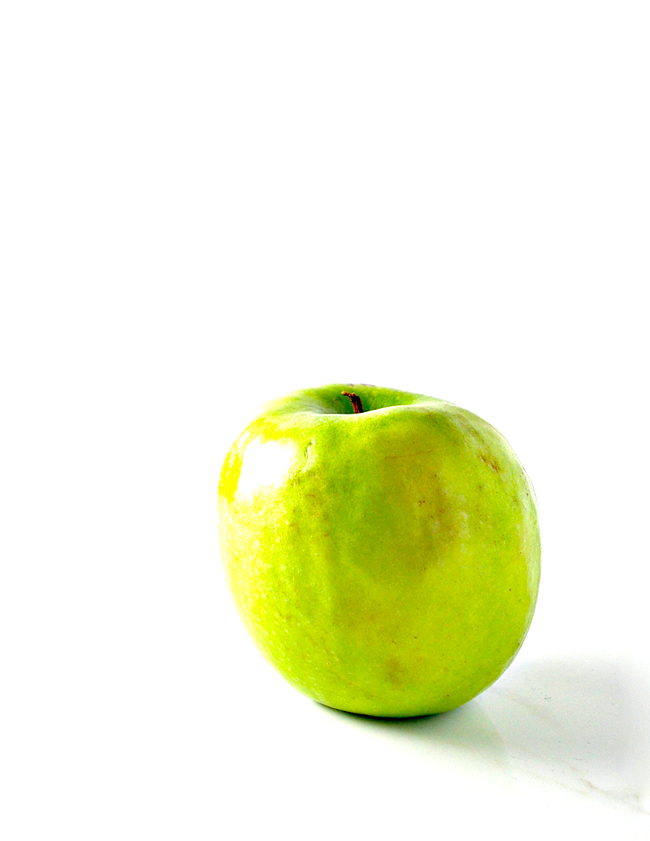 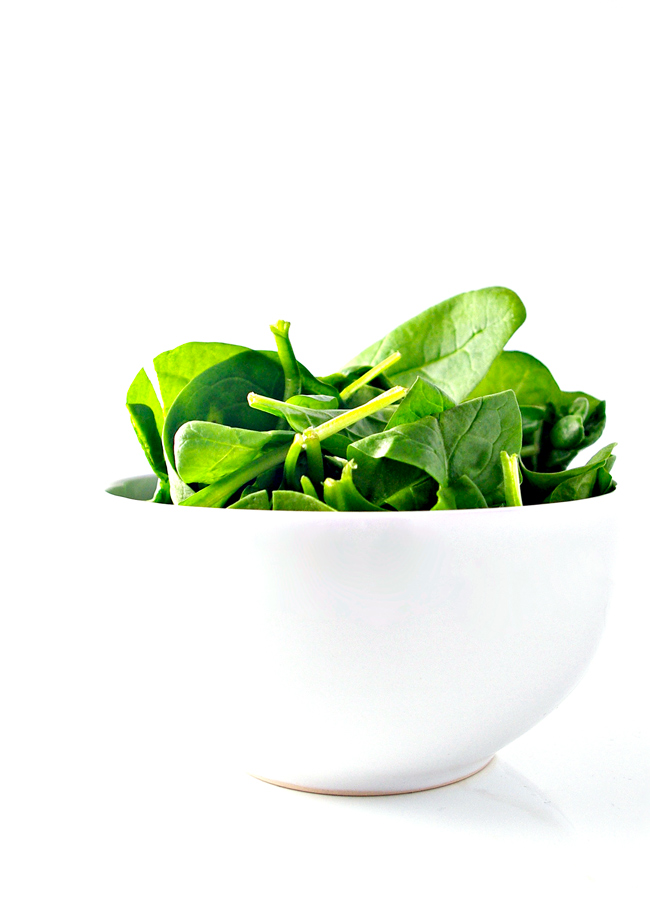 It also takes just a matter of minutes to make and contains just six whopping ingredients, one of which is completely optional. I keep the skins on the apple slices for extra nutrition and use frozen pineapple chunks (fresh pineapple and a handful of ice cubes will also do the trick). As for the banana, I go for one that is just newly yellowed and ripened (not overripe like one would use in banana bread). It adds just the right amount of sweetness. 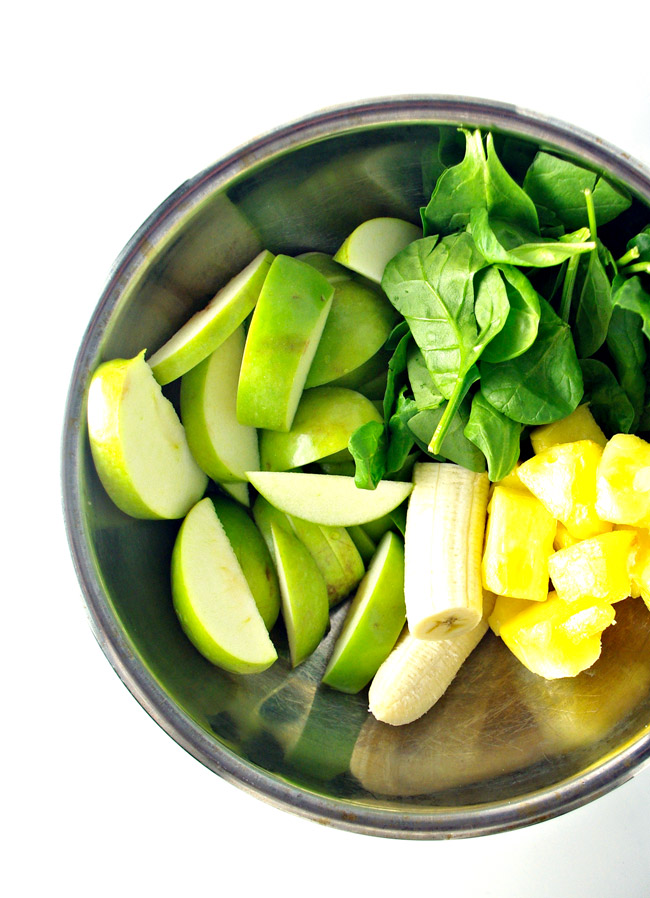 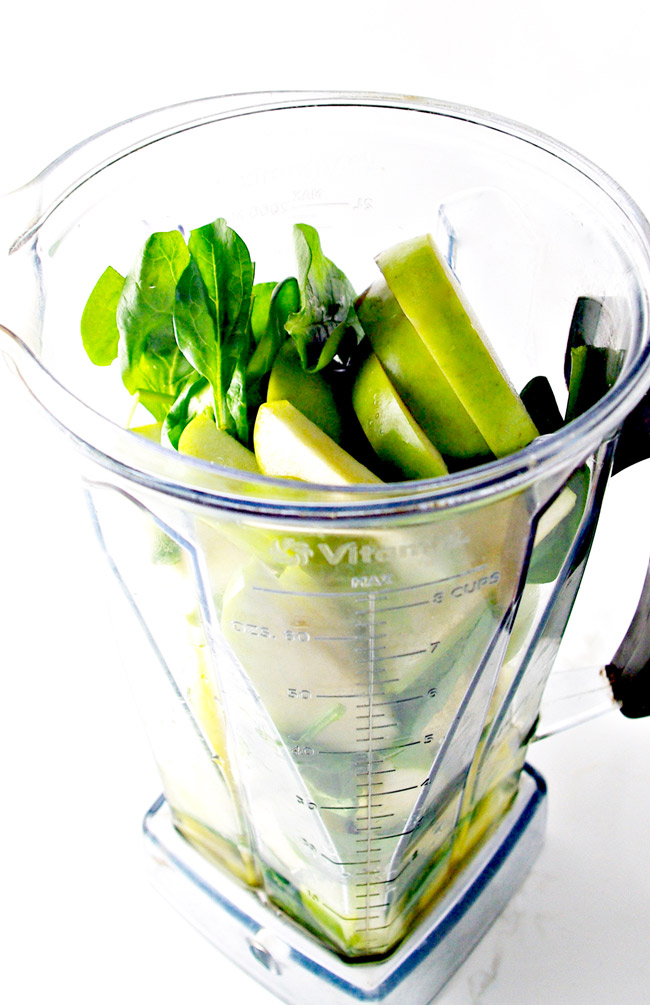 We have enjoyed this recipe for over a year now, but it wasn’t until recently that I started adding chia seeds. And, boy, do I recommend. Excuse me, “highly suggest.” In addition to her thoughts on January, Auntie also said never to “recommend” anything, only “highly suggest.” She also said never buy or sell a car within the family because the minute the transaction is complete, the car will turn into a lemon, and feelings will inevitably be hurt. Sounds like pretty sage advice to me. 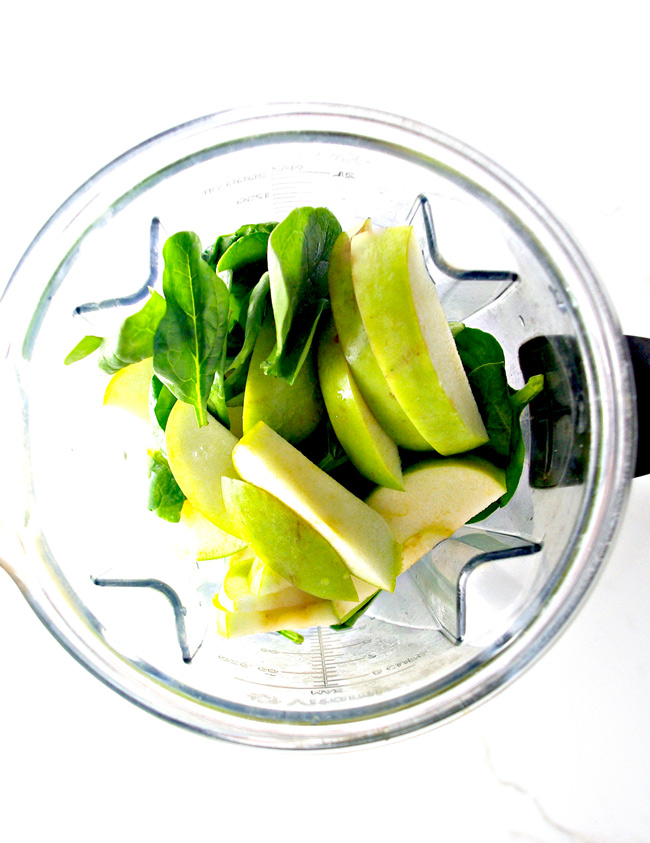 As for this smoothie? I “highly suggest” you add chia seeds if you can tolerate them. Rest assured, though, with or without chia seeds, this Green Apple Spinach Smoothie will taste divine.

As for storage, I’m not going to lie. This is a smoothie best enjoyed right after you make it. It’s fresh and succulent and refreshing. Those qualities diminish with each passing hour. As for freezing and thawing later, again, I’m going to be honest. I haven’t had overwhelming success freezing and thawing Green Apple Spinach Smoothie. It just doesn’t taste the same. But straight out of the blender? I could drink the whole batch in one sitting, it’s that refreshing. 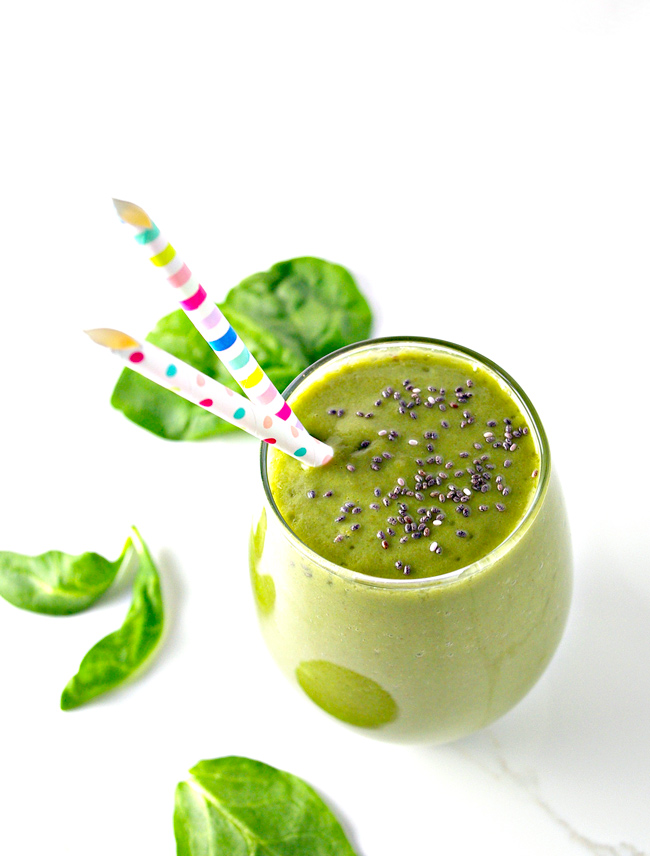 Perhaps that’s the best word to describe this smoothie. Refreshing. Just like new seasons are refreshing and new beginnings are refreshing, so too is this smoothie as it resets the system and provides a jolt of oft-needed energy. A “spring” in your step, as it were.