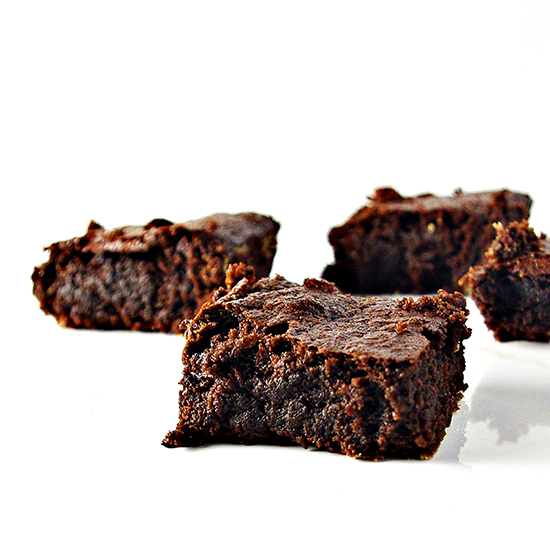 Fudgy Paleo Brownies. I cannot even. In fact, the truth is, I’m obsessed. K-Hubs is, too, and Toodle and Twinkle are exactly zero percent better. Normally I’d say send help. But, honestly, we don’t really want the help. 😂 We are perfectly content with our latest obsession and just want more of these creamy, chocolatey, slightly gooey, super-soft brownies. Help or no help, we are living our best lives, Spiriteds. And now it’s time to share this game changer of a recipe with you five minutes ago.

Fudgy Paleo Brownies ARE EVERYTHING I NEVER KNEW I COULD DREAM OF. They are on this blog, they belong here, and it’s time for you to start dreaming, too. Fudgy Paleo Brownies are so good, I would LEGIT and FOR REAL serve these brownies to other human people who don’t have to eat paleo. I would serve them to Toodle’s classmates and friends. We’re talking honest third graders here.

That, for me, is the real test of a recipe – whether I would make it for someone outside my immediate family who didn’t have dietary restrictions. These Fudgy Paleo Brownies taste like traditional fudgy brownies but are gluten-free, grain-free, soy-free, and dairy-free. Ooh, and they’re prepared in a saucepan rather than a mixing bowl! How cool is that? I find it makes for easy cleanup. Not quite a one-bowl recipe, but pretty darned close. 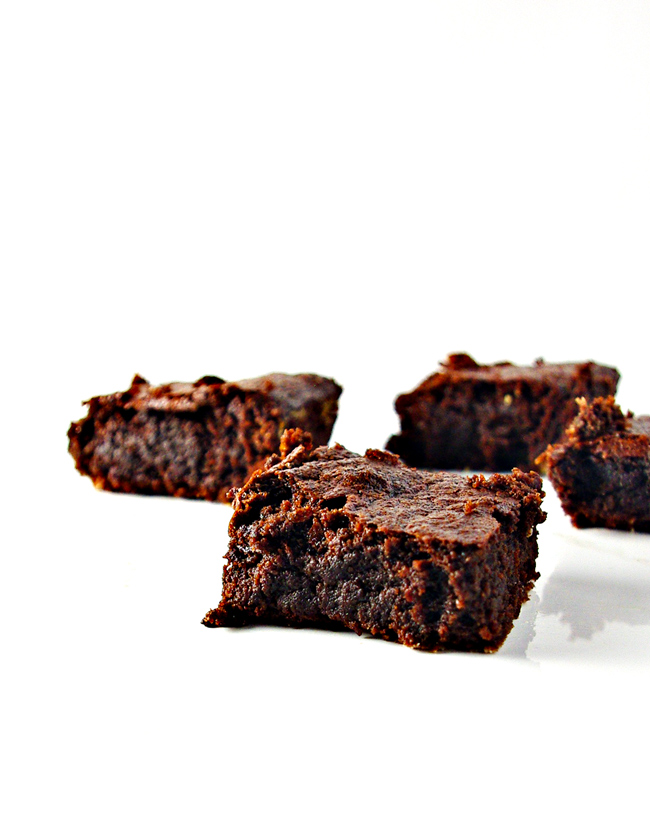 How did Fudgy Paleo Brownies come to fruition? Once again, we have to trek through my trusty Better Homes and Gardens Cookbook. I used to make it all the time because the process was straightforward, the cleanup was a breeze, and the results were delicious. But, if you guessed it contained all sorts of allergens and we had to give it up, then you guessed correctly.

In an attempt to revive the recipe, I experimented with gluten-free flour, organic raw sugar, and Lord only knows what other swaps. I could never quite get the result I envisioned. I made it once for Dad (the same one who ate the pumpkin pie that one time) when we were newly paleo. And bless his sweet soul, his face said, “What in fresh hell is this?” But his words said, “Um, well, not, um, not bad, not terrible at all.” Dads just be doin’ their thang. Then I recently came back to the recipe, adjusted the flour (types and amounts), added coconut sugar and coconut milk, and now this Fudgy Paleo Brownies recipe is officially on the menu! Dad hasn’t tried it yet, but when he does, I’ll be sure to let you know what he thinks.

So what will you need to prep your own batch of delightfulness? 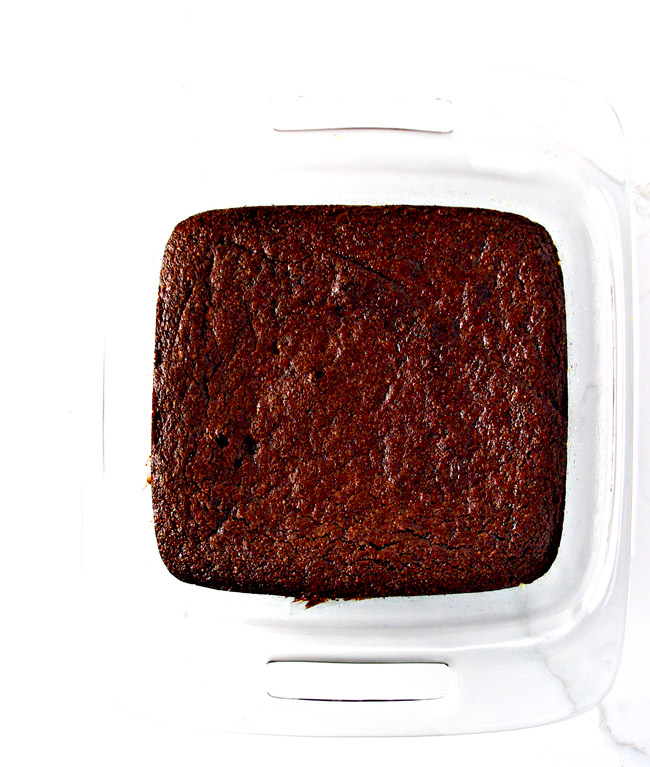 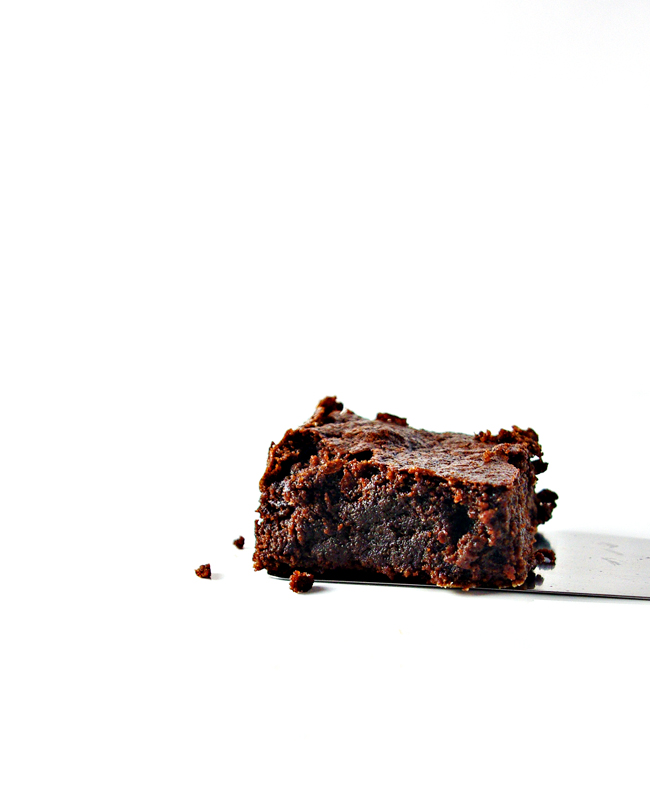 It also helps to have a dessert turner for serving this delectable chocolate treat. I inherited one of The Gram’s turners, and it is perfect for this. These fudgy, flakey brownies do like to crumble a little if you try to scoop them out with a fork or a spoon. Getting a flat serving tool underneath works like a charm.

Once you have your batter all mixed together in the saucepan, you might perhaps steal a spoonful or two of this sweet concoction for yourself. You know, just to make sure it’s turning out the way you want it to. Once you’ve done that, then you need to pour it into your glass baking dish. The mixture itself should pour out essentially as one big blob. If it still resembles a traditional cake or brownie batter, then keep stirring the mixture until it does form a big blob, almost lime slime. Pour that into your baking dish and gently rock the dish back and forth in your hands so the blob will settle in all four corners. 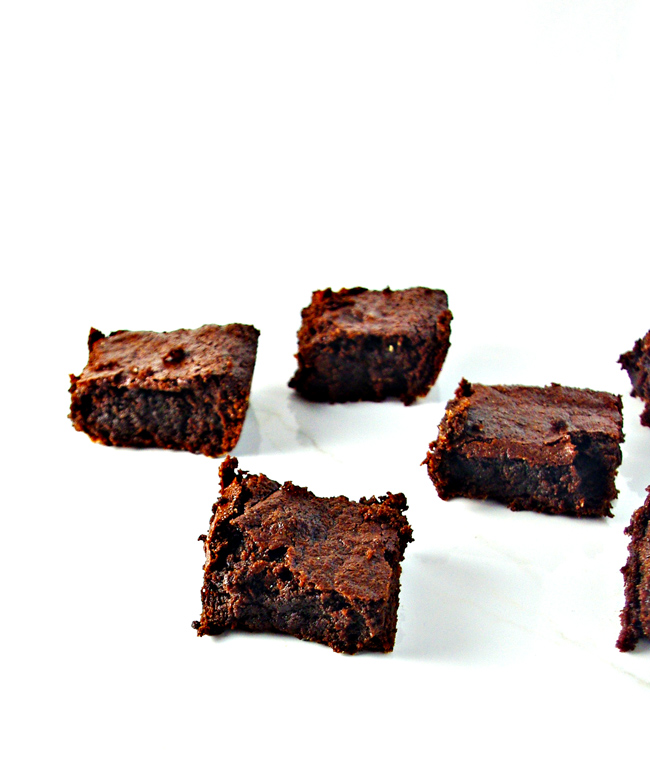 Then bake it for up to about 30 minutes. I typically do the toothpick test at 20 and 25 minutes. After that I repeat the test about every 2-3 minutes, until the consistency is the way I want it. This is usually about 31 minutes.

Lastly, but never “leastly,” ENJOY! These brownies are meant to be decadent and downright indulgent. 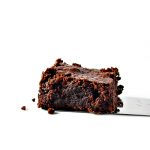 Full-fat coconut milk: I usually find mine in the baking aisle of the grocery store near the condensed, evaporated, and goat milk. Do read labels if being soy-free is important as some coconut milks may contain soy.