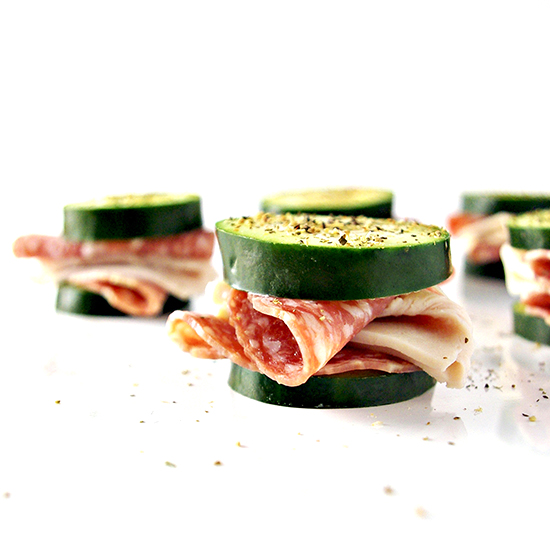 These Deli-Style Cucumber Sandwiches are more than just a sandwich. They’re “sammiches,” and whether you love the term or not, the word “sammiches” is apropos here. Therefore, it’s how I’ll be referring to these little bites of deliciousness from here on out. But you might be wondering what does a person even do with them? Like, will we go all This is Spinal Tap and keep folding them and folding them? No, we’ll be eating them, in one bite possibly, but probably two, just to be safe. And also, why, Morgan, are you so obsessed with that movie? No one knows for sure. 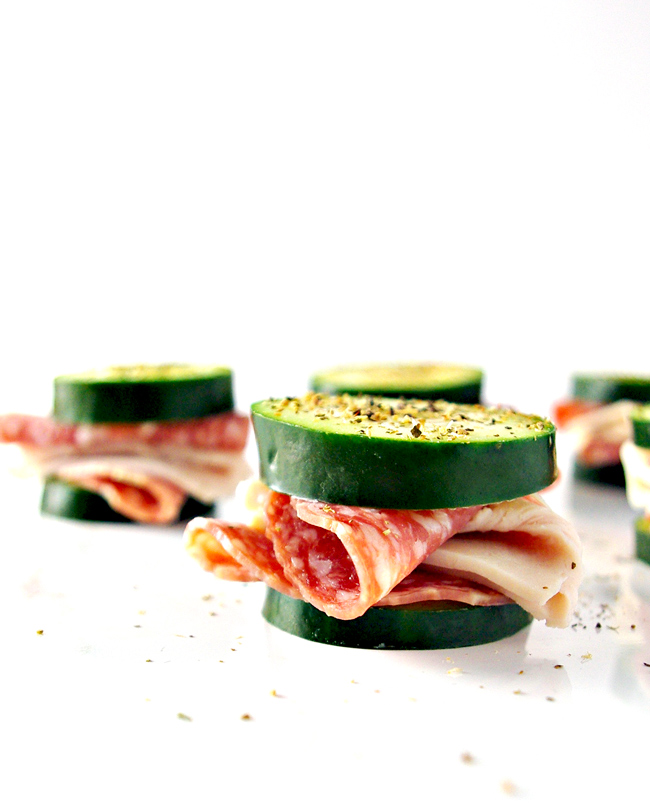 But what I do know is these sammiches are the perfect little brunch bites. Settle in amongst your friends and dive in. Or chow down while watching the Olympics, which also seems appropriate since these little guys contain a vegetable, and surely athletes eat vegetables. I’m just over here eating a handful or 20 Deli-Style Cucumber Sandwiches, believing I’m Nancy Kerrigan. Maybe even with the sizzle and flair of Johnny Weir. I’m feeling right about that as I practice my moves in the living room in my socks. It’s the same look, really.

Ooh, side note, when I was a child, I secretly wondered if maybe Mom should have named me Nancy instead of Morgan. After a while, I decided my name was probably okay. It was at that point I determined there would be redemption through future generations. To correct Mom’s obvious oversight, I’d name one of the daughters I was sure I’d have Kerrigan, and then because I was so clever, I’d call her Kerri. Taking things up a notch, and only briefly thinking I might be taking things too far, I considered Kristi (yes, of Yamaguchi fame) for another daughter. Kerri and Kristi. You heard it here, Spiriteds. The love ran deep.

That’s about as far as my athletic prowess went. I was more into vocal sports like speech and debate, school plays, and being a DJ on the school’s radio station. I was nothing if not a poetic athlete. K-Hubs was more of an “athlete athlete,” who now watches the Olympics, mentally fashioning himself after Apolo Anton Ohno and Mike Eruzione (who scored the winning goal during the men’s hockey semifinals at the 1980 Olympics ). 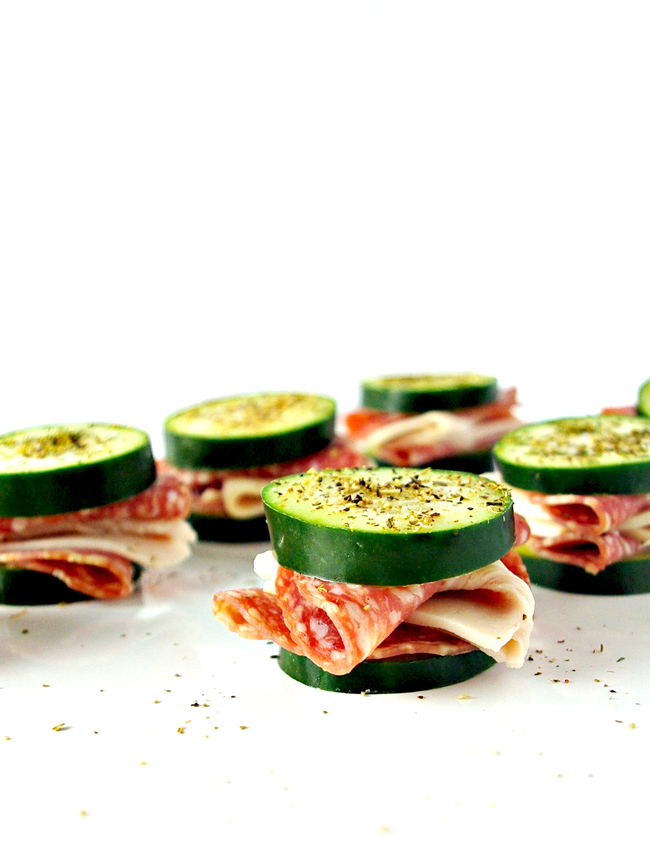 But let’s get serious for a moment because athletes get serious about their game if they’re going to win. And if you’re going to train for these sammiches and eat them like a gold medal boss, you gotta know what you’re up against. First, to each his own, but in case you’re curious, I used Applegate brand deli meats in this recipe. I wanted to create gluten-free, grain-free, and dairy-free Deli-Style Cucumber Sandwiches for the blog. And Applegate was the brand I chose. I can’t promise they are soy-free, so definitely read packaging before purchasing if that is a deal-breaker for you. We have a soy-allergy in our house, but mostly these are sammiches K-Hubs and I enjoy once the kids are in bed, and soy, in small quantities, doesn’t seem to be a problem for us.

One thing I love about Deli-Style Cucumber Sandwiches is they feel filling without all the added bulk, especially as a late-night snack. If I’m hungry but don’t want a full meal, I make a few of these and settle in. I keep them simple with salami, turkey, or chicken. Then I slice the turkey and chicken slices in half, folding them into smaller pieces (okay, so there IS a little folding going on here). Finally, I add a dressing of choice. My favorites include Homemade Italian Salad Dressing and Paleo Tzatziki Sauce. You can also add a dab of Veggie Guacamole or Lemon Avocado Dip. For added crunch, throw in a few pieces of red onion, and for added flavor, top with dried dill, oregano, or black pepper. 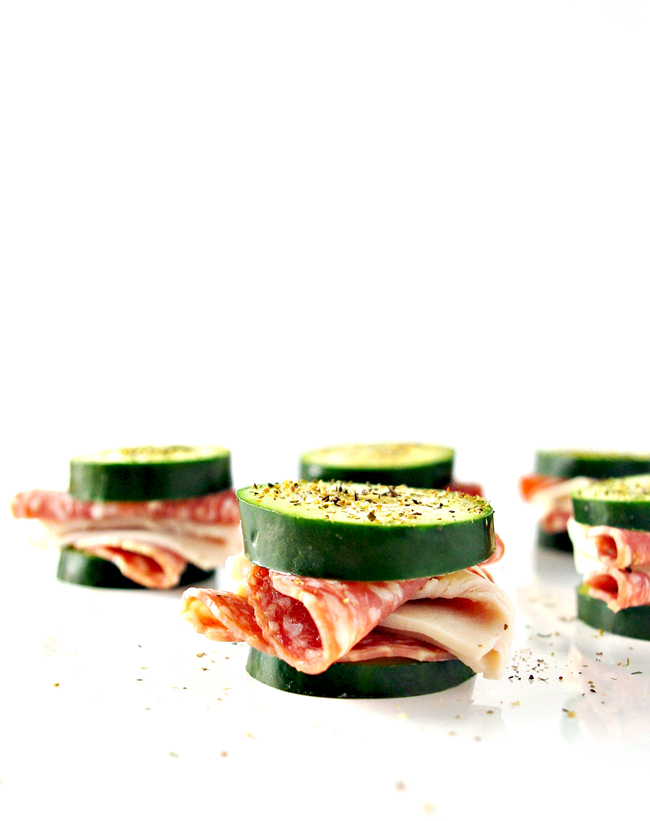 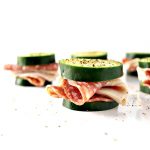 Quantities will definitely vary with this recipe, however I usually wind up with about 10-12 sammiches per batch.