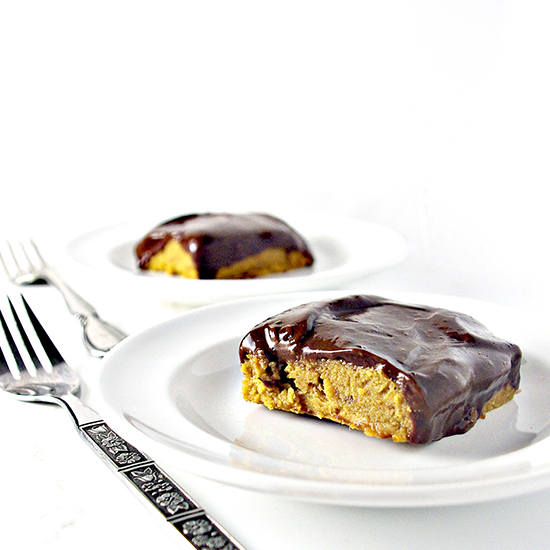 Spiriteds, this paleo fall dessert recipe is so ridiculous I can’t even handle it. I mean, name me ONE person who could handle pumpkin brownies that are smothered in a creamy chocolate frosting, and which also happen to be paleo. Seriously, tell me. Because these Chocolate-Frosted Paleo Pumpkin Brownies are so good, I didn’t even sink my teeth into the last batch.

That’s right. K-Hubs. He ATE THE WHOLE batch when I wasn’t looking. He did clarify he ate the brownies in two sittings, which makes it okay, of course. I feel safe to declare wolves didn’t raise us.

And what about these Chocolate-Frosted Paleo Pumpkin Brownies? They taste like fall, they smell like fall, they ooze fall. That is, if fall is also doused in a delicately delicious chocolate drizzle. They also taste like pumpkin pie. If pumpkin pie were gluten-free and, did I mention, drizzled in a creamy chocolate icing? Today’s paleo pumpkin brownie recipe isn’t covered in hard store-bought frosting. Oh no, we are not doing that, Spiriteds. And don’t get me wrong, I LOVE me some store-bought frosting. But, this recipe is in a category all its own.

Chocolate-Frosted Paleo Pumpkin Brownies also started out as one of our earliest paleo recipes, and under a different name. We made them for Christmas the first year we had fully-diagnosed food allergies and other dietary restrictions. I came across this deliciousness from Dr. Amy Myers’ recipe for No-Bake Pumpkin Brownies with Chocolate Icing. And since then, we’ve modified her recipe to fit our specific food allergies and our blender (more on that below). 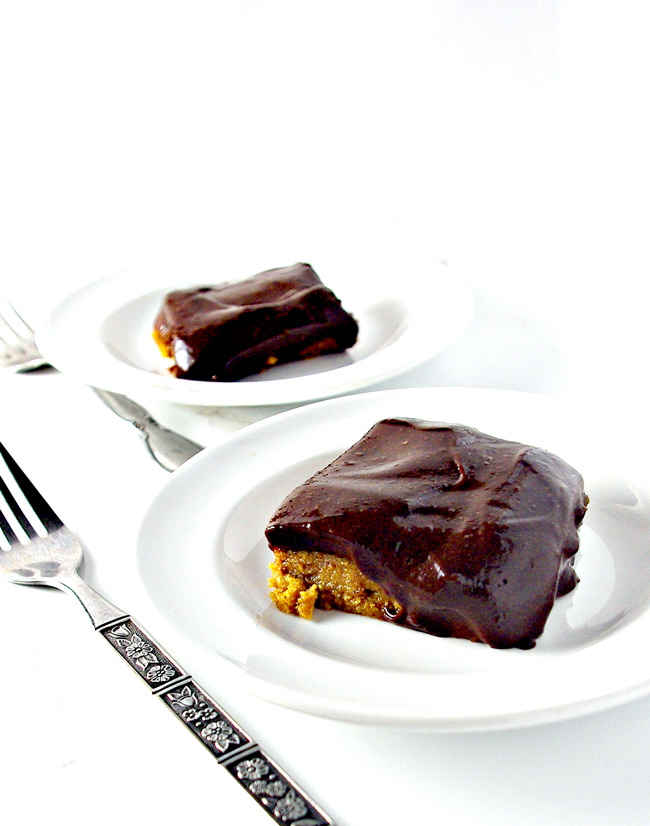 In the beginning, I was super nervous to make paleo pumpkin brownies (this version also includes a vegan variation, if you are so inclined). Truthfully, I was nervous every time I tried a new paleo recipe of any kind. Today I just expect culinary chaos. And not because paleo is all that difficult, but rather because I am not a natural chef. More like an unsuspecting participant. But, I needn’t have worried then and you needn’t worry now. Paleo isn’t so frightening after all. And these Chocolate-Frosted Paleo Pumpkin Brownies are a completely no-bake recipe, which comes in particularly handy when K-Hubs eats an entire pan of these…in two sittings.

Which brings me to the blender. You’ll need one of the high-speed variety. Or a food processor deal. Basically, a small kitchen appliance that could blend a sweater and still make it taste good. If you’ve got that, then you’re in business. And I’m joking about the sweater. Mostly. 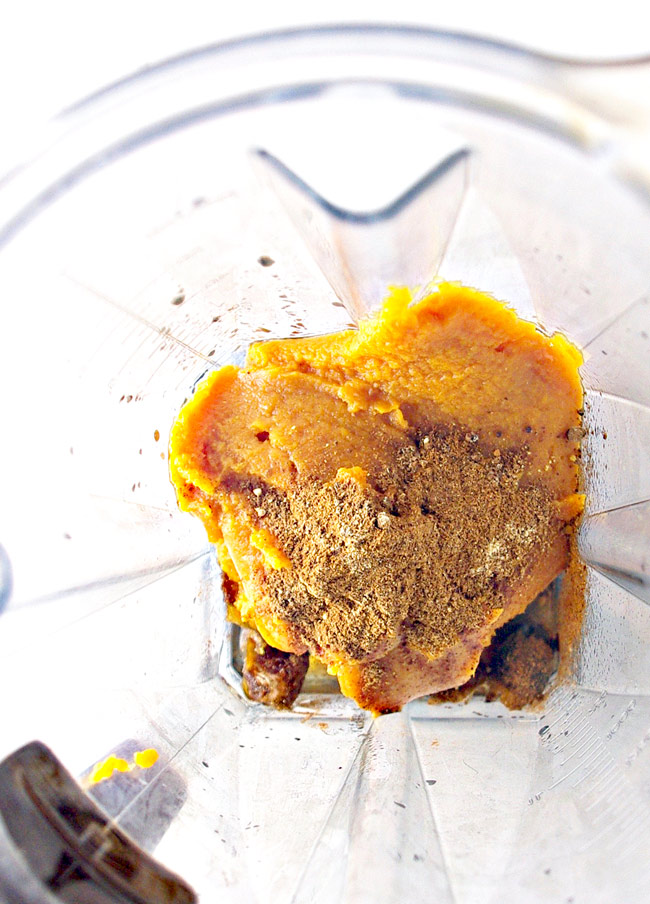 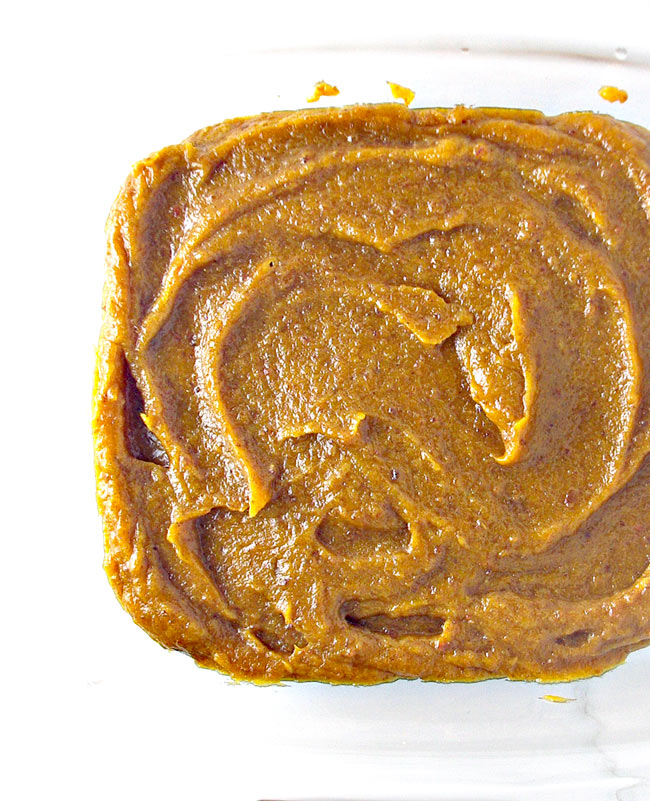 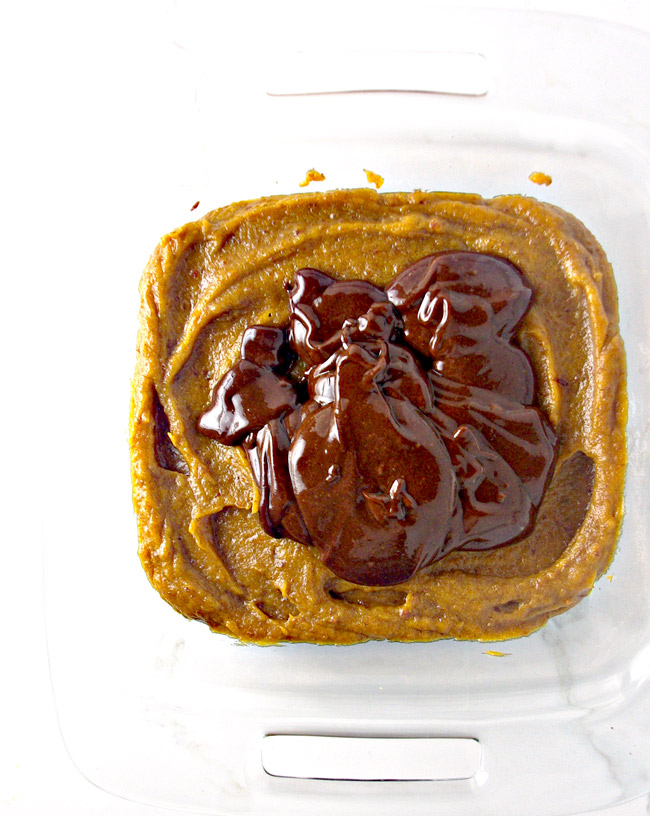 I modified the recipe to include a few more wet ingredients because our high-speed blender, although perfectly capable of blending a sweater (I’ve never actually attempted it), didn’t love grinding down the dates with the other dry ingredients. So I included 100% pure honey (or agave nectar) and melted coconut oil. This makes for a softer, creamier brownie, and I make a point to keep the batch chilled in the refrigerator. But the taste and texture, Spiriteds, are simply divine. 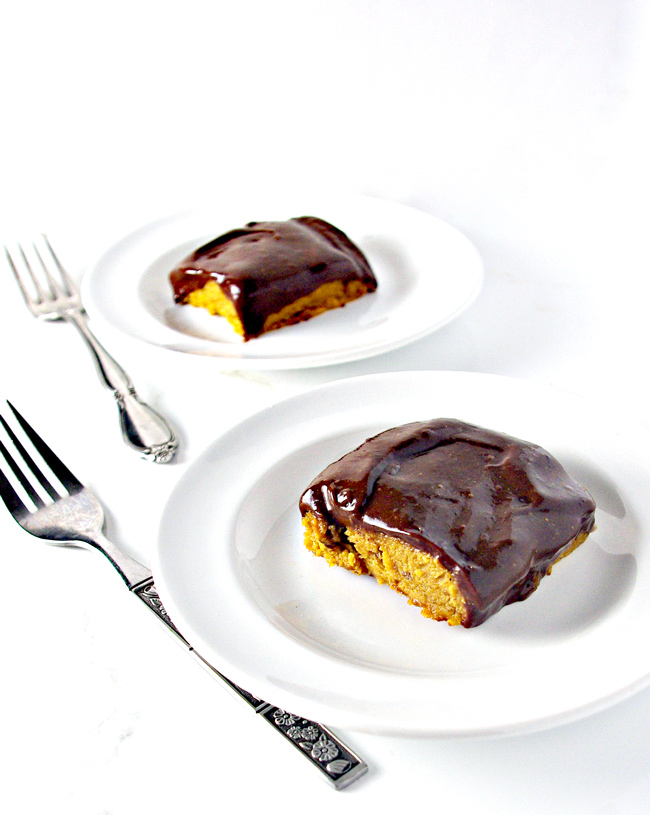 Chocolate-Frosted Paleo Pumpkin Brownies harken back to a good old-fashioned pumpkin pie. The spices crescendo throughout the kitchen, tantalizing the tastebuds. Fall is in full bloom, Spiriteds, and these no-bake paleo (or vegan) brownies bring the season up a notch! 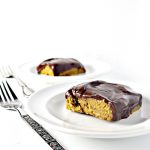 If your blender gets sluggish when mixing the pumpkin layer, add up to 2 tablespoons EACH of sweetener (honey or agave nectar) and melted coconut oil. I strive not to add too much liquid because I want the pumpkin layer to set firmly. But, the dates are sometimes hard on blenders, and a little extra liquid will go a long way in mixing all the ingredients together.