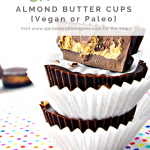 These no-bake chocolate almond butter cups are gluten-free, dairy-free, and soy-free, and are the perfect treat for parties and holidays. Vegan and paleo options included! 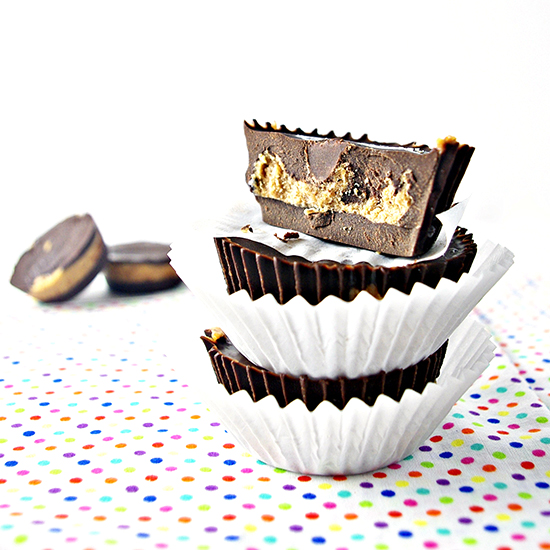 Spiriteds, pull up a chair. We gotta talk. Have you always known about the unbelievable flavor combo chocolate/almond butter? Because I had not. Not until now, at least. I had heard people talk about chocolate and almond butter. I had dipped one into the other. But it just wasn’t quite the same thing. And when I’d hear people talk of this combo I’d think, “Is that like a Hot Pocket?” No. No, it is not.

This combo holds a spot with the other great combos of the world. Of course, there is always peanut butter and chocolate. We knew that one. Or cheese and more cheese. We knew that one, too. And then there is Tony and Ziva. Because who doesn’t know that one? Jessica Fletcher and her typewriter, naturally. Strawberries and vanilla ice cream, according to K-Hubs. Fall and football, peas and their pods. The options are endless.

But chocolate and almond butter? Let’s just add that one to the list now, shall we?

Perhaps this is an aside, but I can’t get enough of these Chocolate Almond Butter Cups, and it’s bordering on the ridiculous. Someone needs to have a birthday party soon so I can make these for other humans. 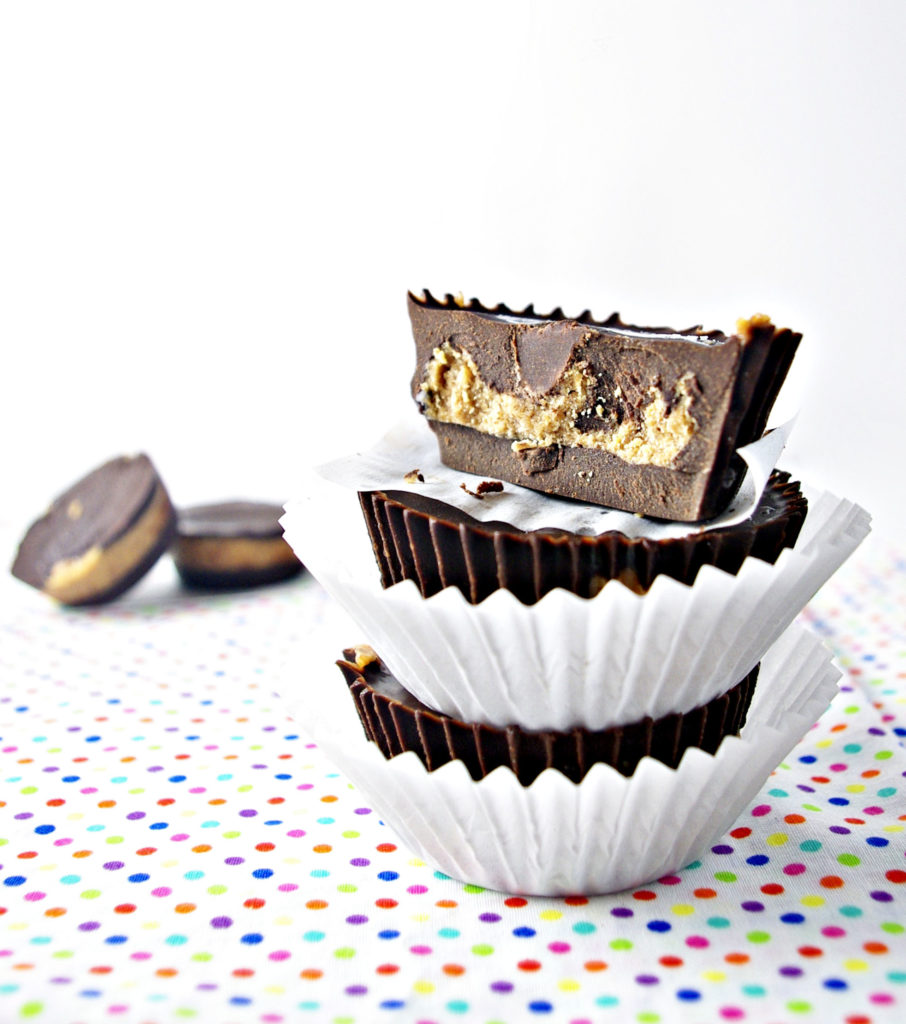 Ooh, and you can make them in little smallies (because that’s not redundant) or regular size (because that doesn’t sound boring). Either way, you’ll be eating Chocolate Almond Butter Cups, and your life will not feel boring or ordinary or whatever. And so what if you are hiding in the closet during the birthday party, which you only hosted so you could make these but now you no longer want to share?

The struggle is real. Maybe just make a double batch to be on the safe side.

Muffin tins in regular or mini will do the trick. No need to line or grease the tins, although you can if you so desire. I tried ridged muffin cups for a little texture on the regular-sized chocolate almond butter cups and nothing but the pan for the little smallies. Both turned out fine. I used a table knife to pop the little smallies out of the pan without incident.

I do like to keep mine in the freezer until I serve them. You can either let them soften a little at room temperature or eat them as you would a frozen treat. Toodle likes to eat hers frozen while Twinkle lets hers soften just enough so she can maneuver it more easily. Frozen or slightly melted, chocolate is our jam. So, too, is almond butter. And since I used up all the almond butter making these, and we eat almond butter for breakfast, we are now eating these for breakfast as well. Seems logical.

But back to the tricks. You can vary this recipe to meet vegan and paleo needs. I like 100% pure honey for a paleo option and organic agave nectar for a vegan option. Let me also just add, you can adjust the level of sweetness based on the amount of either of the above ingredients. For example, when I made the first batch, I used very little sweetener, probably closer to 1/4 cup, and I didn’t use any cinnamon. When I made the second batch, I used more sweetener and added the cinnamon. Each was different. Both were wonderful.

As for that birthday party, yeah, I’m mostly serious about that. Having it as an excuse to make more of these AND that small part about hoarding them in the closet. Baby steps, Spiriteds, baby steps. 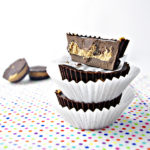 Depending on weather, humidity, and just how much coconut oil you add to the almond butter mixture, you may end up with a paste or a thicker mixture. I have encountered both and didn’t find that it affected the taste or final outcome. If you look in these pictures, you’ll notice the smallies have a thinner, smoother almond butter paste, whereas the larger cups have a thicker, more textured finish. Both tasted delightful.