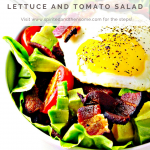 This Bacon, Lettuce, and Tomato Salad is complemented with avocado and an egg. It’s gluten-free and grain-free, but with all the deliciousness of a good old-fashioned BLT sandwich. 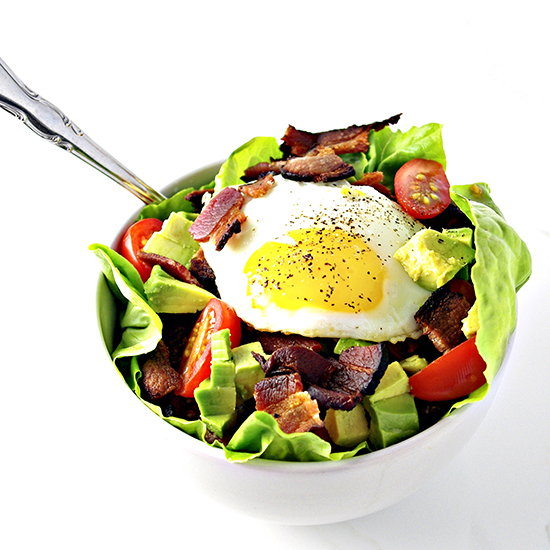 Whenever I spent time at The Gram’s (which was almost every other weekend), we ate bacon. Best. Gram. Ever. And now whenever I eat bacon, I think of her. It’s hard not to reminisce about the bedroom town she and Gramp moved to after years of living on a farm. This particular bedroom town looked like it was straight out of a movie starring Julie Andrews or Fred Astaire. Humphrey Bogart could have had a private investigator’s office above one of the shops. I dreamed of having my own little apartment above a store with Sam Spade as my neighbor. It was, in a word, picturesque. 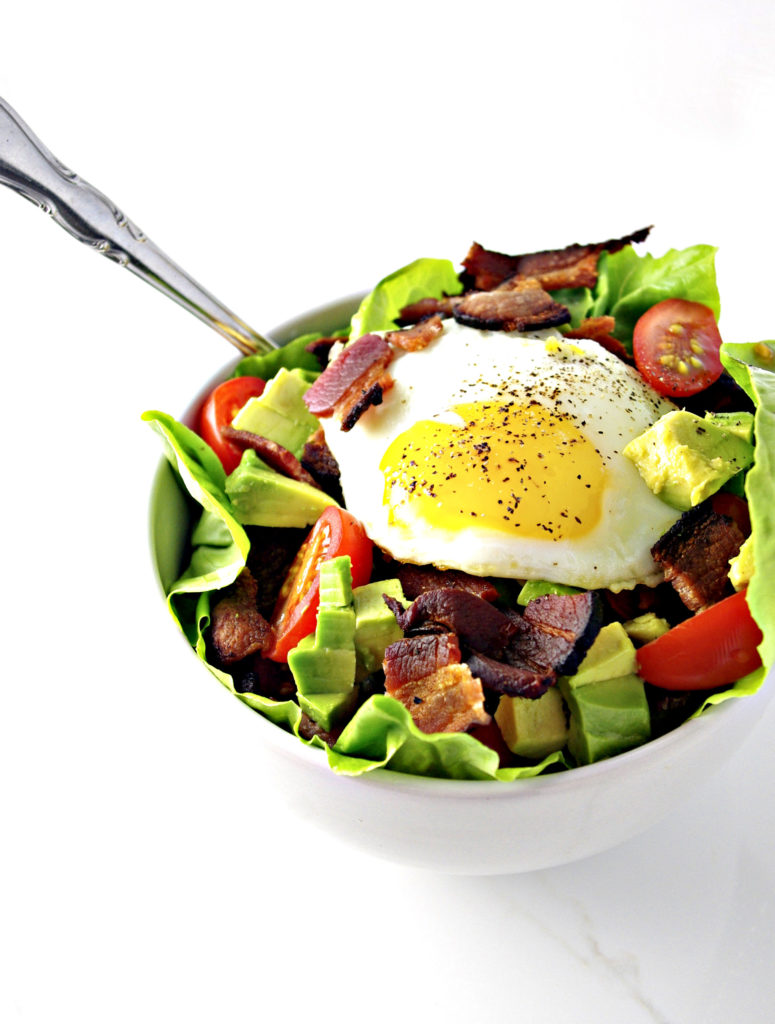 There was, of course, the family-owned pharmacy, complete with soda shop. Gram was friends with the pharmacist and his wife, and I think she went to grade school with them, too, but maybe I’m making that up. Either way, she knew them well because she knew almost everybody in town.

This may have been a slight exaggeration on my part and also the reason Mom quit letting me watch the news. But I could not believe a town could be so safe that doors could remain unlocked while people slumbered. But in this town? Yes, you could do that.

You could also shop at the family-owned home-goods store. The Gram was friends with that owner, too. We’d drive down the road, and she’d say, “Oh, that’s where Mr. So and So, a widower, lives with his teenage son. His wife died years ago from such and such.” And then she’d point to another house and say, “Now THAT house. Another widower. A young couple took care of him in his old age, so he left them the house in his will. The couple married and now have two children. They still live there.” The Gram knew the whole story. She was Wikipedia before Wikipedia was a thing. 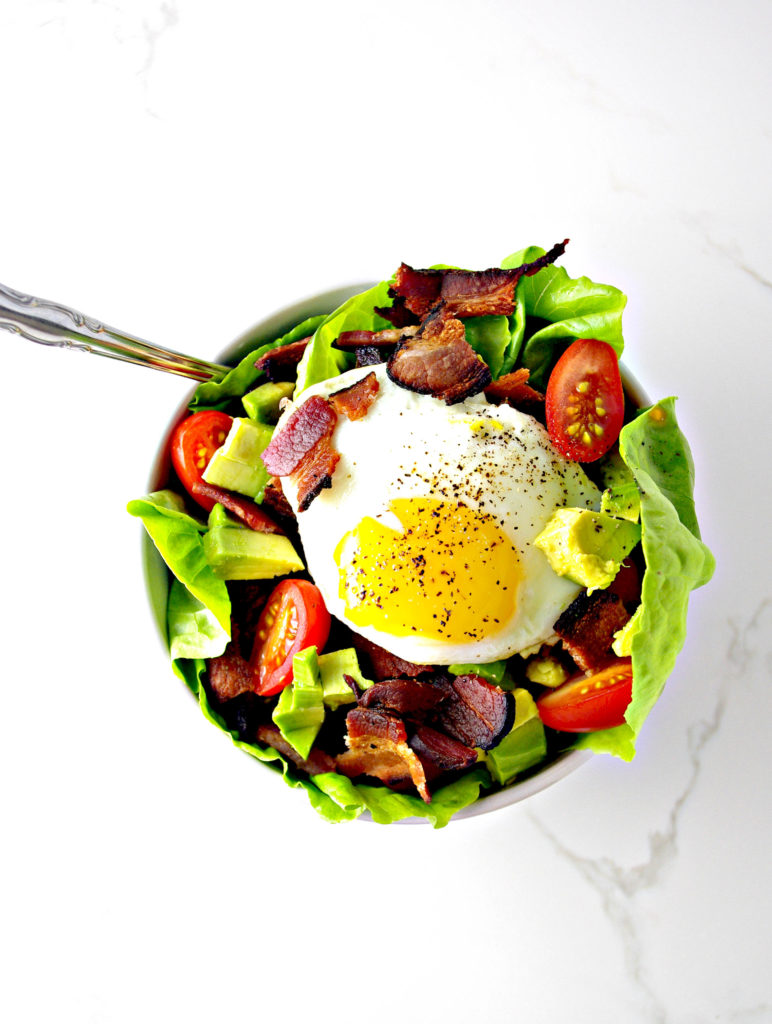 There was a dollar theater that, once remodeled, boasted Juliet balconies on opposite walls and lights on the ceiling meant to represent the night sky. The movie screen was flanked by heavy curtains, and a stage jutted out ever so slightly to the first row of seats. It was its own Globe Theatre. The Gram and I hit a movie each time I visited. We ate BLTs before heading uptown to catch the “picture,” and once the movie was over, we analyzed the plot while standing over Gram’s sink, devouring a slice or two of homemade peach pie.

It was in that same kitchen, probably after getting home from a movie, that The Gram taught me the two-step. “But, Gram, the curtains are open and it’s dark outside, so everyone will see us. What if they know it’s me?”

“Of course they’ll know it’s you. I told everyone in town you were coming. Now, stand over here. I’ll lead, and you follow.”

I suppose you could say The Gram taught me to dance like no one was watching.

It never fails now that when we make this, I insist on going down memory lane, telling K-Hubs all about my second home. The Gram was always my home away from home. Time with her was a vacation from the ordinary. Not bad for a childhood memory.

Since we have overhauled our diet, we have a new way of enjoying The Gram’s original BLT. We now enjoy ours as Bacon, Lettuce, and Tomato Salad, complete with egg (The Gram’s addition), and an avocado. But let us not run in fear from the word “salad.” Because this Bacon, Lettuce, and Tomato Salad is not that kind of salad. It doesn’t feel boring or responsible. The Gram wouldn’t do that to those she loved. Instead it is full of crispy-fried bacon and drippy egg. It’s messy and goopy and downright delightful.

I feel like you could also turn your Bacon, Lettuce, and Tomato Salad into a taco with romaine or iceberg lettuce as your base. The thought of a bacon taco leaves me a little breathless. You, too? And I’m not the only one to fall under bacon’s spell. K-Hubs could eat it for every meal as could Toodle and Twinkle, the latter of whom refers to it as “bake.” If she can smell even the slightest hint of bacon, Twinkle will shout, “I need bake, Mama! I NEED BAKE!!!!” Girl, you know it. I need bake, too. 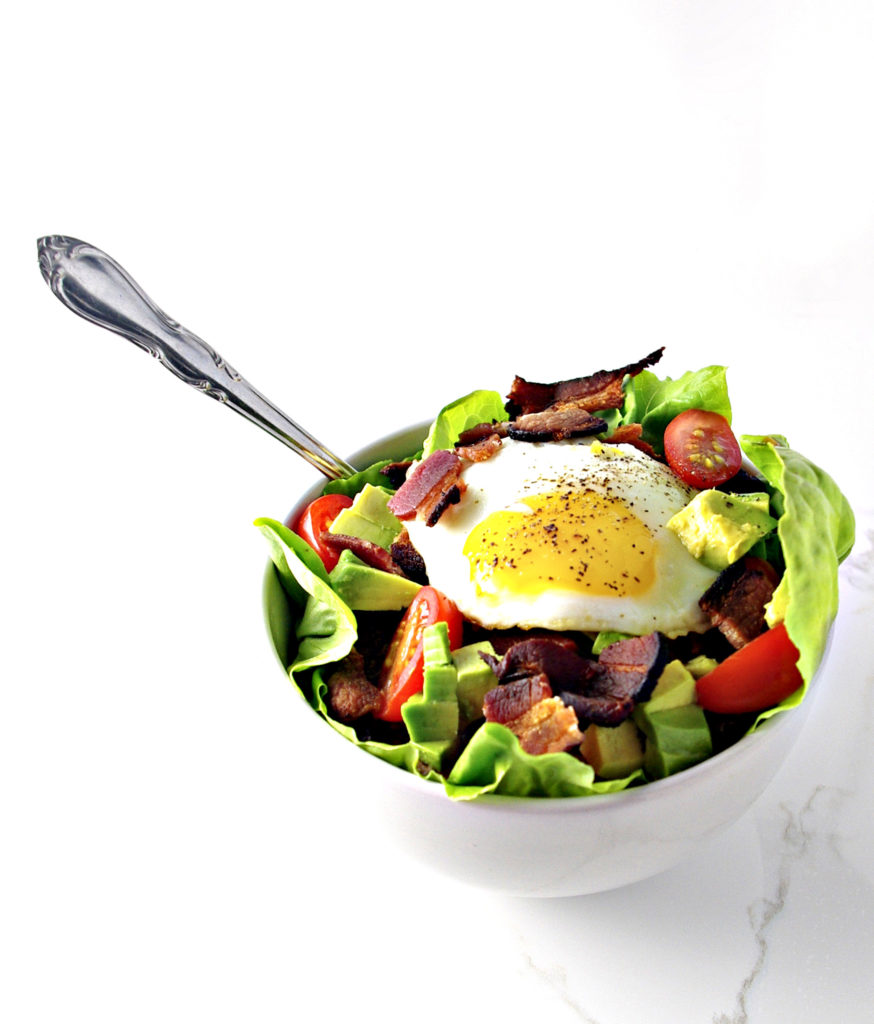 We eat our Bacon, Lettuce, and Tomato Salad at breakfast, lunch, and dinner. Or as a snack. Or because it’s 5:00 somewhere. Honestly, if this is all it takes to eat a salad, we are totally on board. In our family, it all started with The Gram. Because grandmas look out for their loved ones. And what better way to say, “I love you,” than with a pound of bacon and tickets to the dollar theater?

Since those early days, the movie theater has closed, the home-goods store is gone, and the pharmacy was bought out by a corporation. However, in my mind, it is the same bustling town where I was convinced Julie Andrews, Fred Astaire, and Humphrey Bogart could have lived, and where I first learned the two-step. 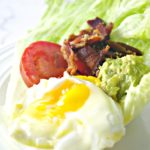 (This recipe first appeared on 5/27/2016. The pictures and the recipe got makeovers! Enjoy!)